"It is extremely regrettable that (U.S. Marines) unilaterally dumped the water despite discussions still taking place between Japan and the United States on how to deal with the water," Koizumi said at a press conference.

Referring to an incident Thursday involving the U.S. Marine Corps Air Station Futenma in Ginowan, Defense Minister Nobuo Kishi said separately that he has asked the U.S. Marines to stop any future dumping of contaminated water. 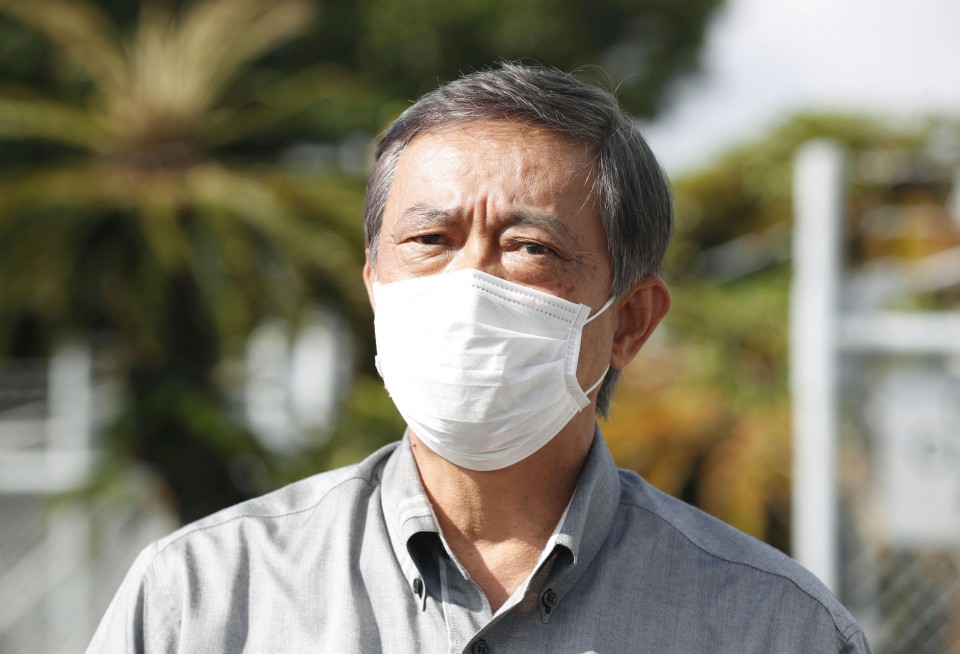 Following the leakage of water containing toxic materials from the U.S. Army oil storage facility in Uruma and other nearby locations in June, the U.S. military informed local authorities and the Japanese government in July of its intention to release treated water into the local sewage system to prevent another unexpected leak, according to the Okinawa prefectural government.

But the U.S. military only notified the prefectural government on Thursday morning that it would begin releasing the water less than an hour before going ahead with the plan.

The U.S. military said the water has been treated to meet safety levels for drinking, maintaining that the combined presence of the man-made pollutant chemicals perfluorooctanesulfonic acid (PFOS) and perfluorooctanoic acid (PFOA) is lower than the Japanese government's provisional standards.

"Local residents are feeling very anxious," Koizumi said. "We will work with relevant ministries and the prefectural government to ensure this is handled in an appropriate manner, as well as reconfirm the details with the United States."