Ebrahim Raisi took office as Iran's president on Thursday, vowing to pursue a "fully peaceful" nuclear program and calling for international sanctions to be lifted.

Raisi said in his speech after being sworn-in that the policies of sanctions and pressure against Iran have not succeeded, and that his government would support diplomatic initiatives to end them.

Regarding Iran's nuclear ambitions, he said in his remarks in parliament, which were broadcast over state-run Press TV, with English translation, that nuclear weapons "have no place in our defense doctrine" and are "religiously forbidden" by Islam.

Raisi vowed to proceed in a "tireless manner" to realize the people's calls for development and justice, stabilize the currency and revive the economy, while "resisting the expansionist policies by the arrogant, aggressive powers."

He said he would lead an "administration of national unity," adding, "I am here to serve the population of more than 80 million Iranians."

The former judiciary chief and conservative hard-liner was on Tuesday endorsed by Supreme Leader Ayatollah Ali Khamenei as the new president of the country, which has had tense relations with the international community including the United States over issues such as nuclear development.

Leaders and senior officials from overseas attended his inauguration ceremony in Tehran.

Among them was High Representative for the Common Foreign and Security Policy of the European Union Enrique Mora, according to a report by Iran's semi-official Fars news agency.

The 60-year-old anti-U.S. Muslim cleric, who won his landslide victory in the presidential election in June, is the first conservative hard-liner to come into power in eight years.

He replaced relatively moderate President Hassan Rouhani who had advocated constructive cooperation with the international community.

The Rouhani administration struck the 2015 deal, which initially had a positive impact on the economy. But in 2018, after then President Donald Trump pulled the United States out of the agreement, subsequent U.S. sanctions caused rising prices, a plunging currency and high unemployment in Iran. 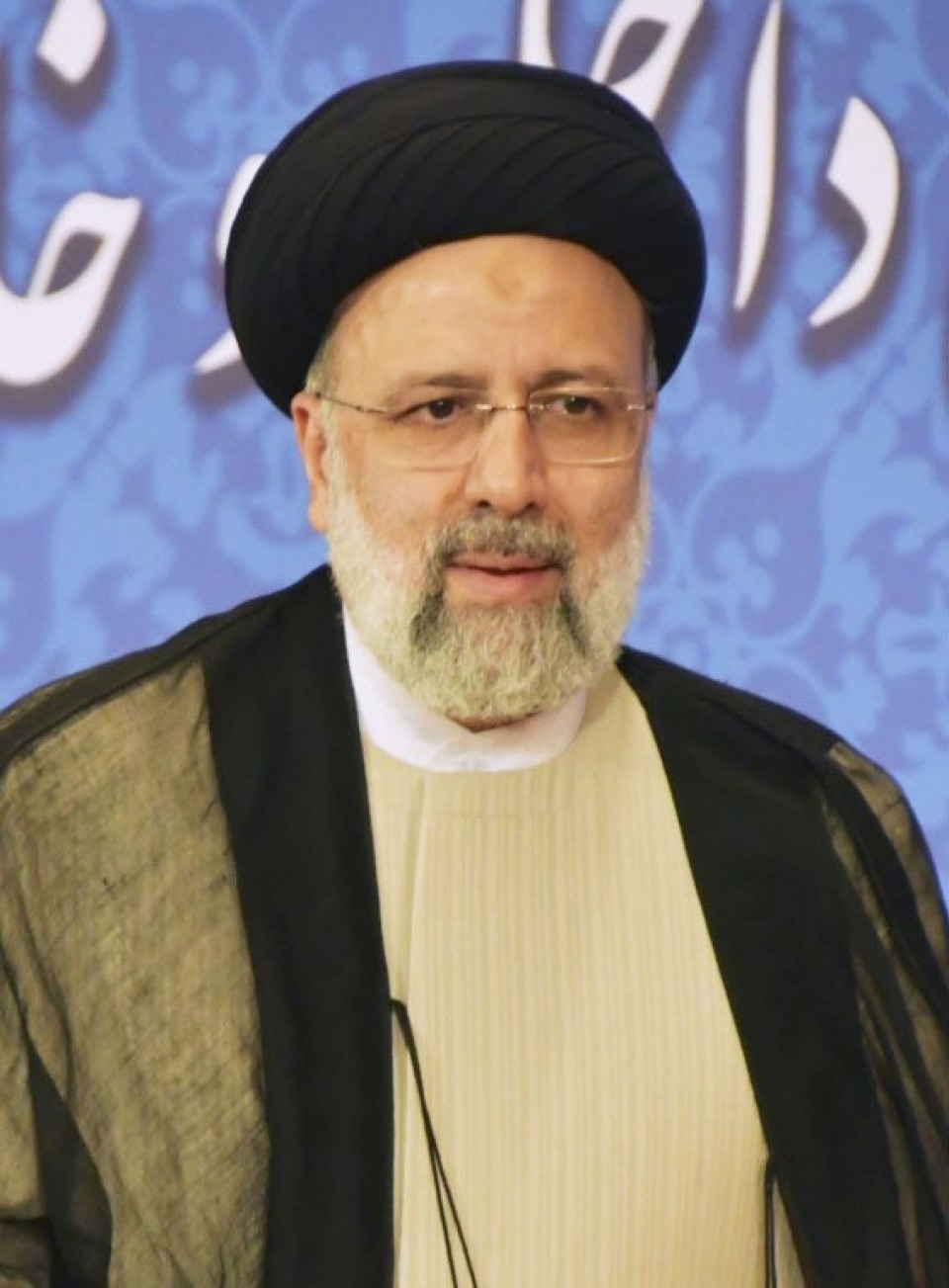 Raisi has promised to continue indirect talks with the United States on reviving the nuclear deal, though his unwillingness to compromise may intensify the confrontation between the two countries.

In addition to sanctions that have damaged Iran's economy, the country has been struggling with a surge in coronavirus infections and other problems such as water shortage amid drought, which have exacerbated public dissatisfaction with the government.

Raisi himself was placed under U.S. sanctions for allegedly being involved in executions of political prisoners in 1988 when he was a Tehran deputy prosecutor.

After being sworn in, Raisi will form his Cabinet within two weeks.

Current Foreign Minister Mohammad Javad Zarif, who led Iran's talks with the six major powers when they struck the 2015 deal, is likely to be replaced by a conservative hard-liner, according to sources close to the matter.