A lot of Moderna Inc.'s COVID-19 vaccine doses where contaminants were detected had only been shipped to Japan, the Spanish manufacturer for the U.S. biotechnology company said Thursday.

"The detection of this particulate matter refers to certain vials of one product lot distributed exclusively in Japan," the Spanish pharma company Rovi SA said in a statement, adding it is conducting an investigation into the matter and cooperating with health authorities. 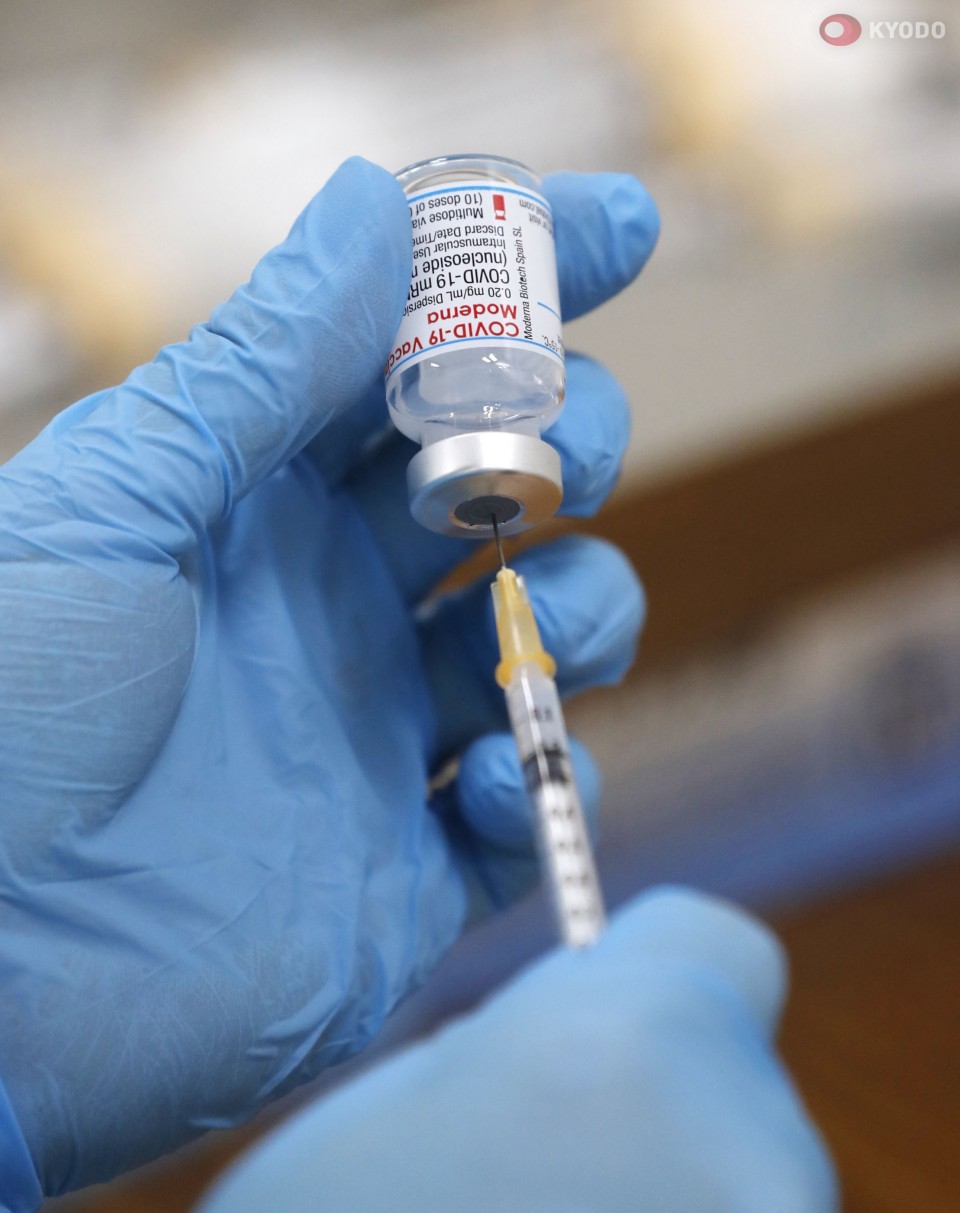 As a precaution, Japan suspended Thursday the use of around 1.63 million doses of Moderna vaccine after contaminants were found in 39 unused vials.

But over 500,000 shots have been already administered from the potentially contaminated doses, Taro Kono, Japanese minister in charge of vaccination efforts, said at a press conference Friday in Tokyo.

The 1.63 million doses, manufactured on the same production line at the same time in Spain, have been distributed to more than 800 of the vaccination sites in Japan.

"We would like to ask the manufacturer to prevent a recurrence," Tamura said at a news conference.

Both Moderna and Japanese drugmaker Takeda Pharmaceutical Co., which is in charge of the sale and distribution of the vaccine in Japan, said earlier they had not received any reports regarding safety issues.

Rovi also said, "The origin of this manufacturing incident may be in one of Rovi's manufacturing lines," adding, "As a precaution, this lot and two adjacent lots have been put on hold."

Under a contract with Moderna, a Rovi factory in the suburbs of Madrid handles the final process of vaccine production for doses shipped outside the United States, filling the bottles with raw materials produced by a Swiss company.