The U.S. government said Thursday that it is sending thousands of troops to Afghanistan to help evacuate personnel from the U.S. Embassy in Kabul amid the rapidly deteriorating security situation there.

The move comes as the administration of President Joe Biden seeks to withdraw U.S. military forces in Afghanistan to bring an end to what it calls "America's longest war." The Pentagon emphasized the additional deployment of 3,000 troops will be a "temporary" mission.

The decision reflects heightened U.S. concerns over the rapid advance of Taliban insurgents across Afghanistan, with a dozen provincial capitals having fallen under their control. 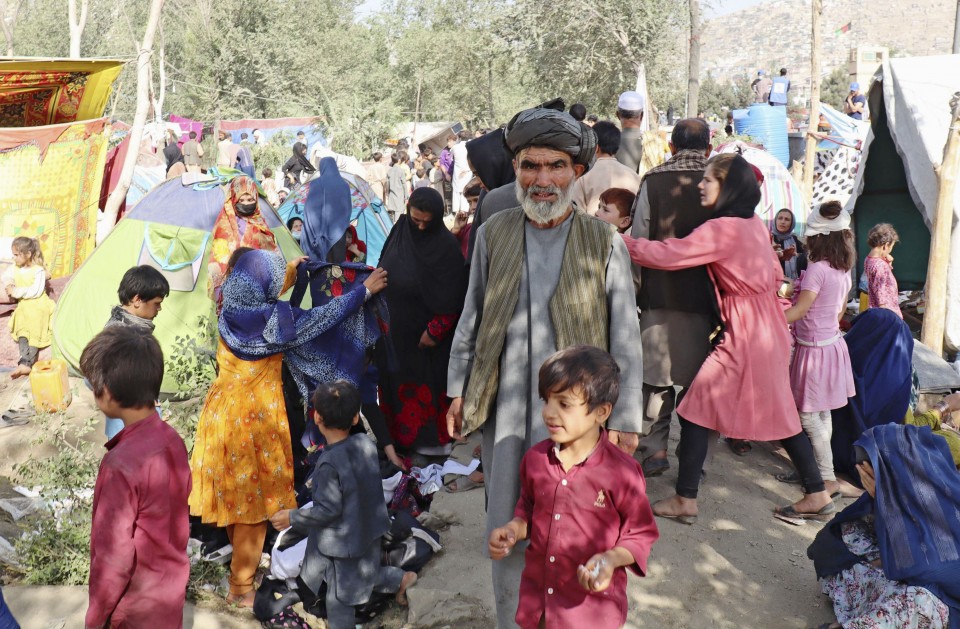 Displaced Afghan families find refuge in a park in Kabul on Aug. 12, 2021, after leaving their homes to flee the rapid advance of Taliban insurgents across Afghanistan. (Kyodo)

Calling the Taliban's increased military engagement and the resulting surge in violence and instability a "grave concern," U.S. State Department spokesman Ned Price said embassy staff in Kabul will be reduced to a "core diplomatic presence."

The drawdown will take place in the coming weeks but the embassy will remain open, he told a press conference.

To facilitate the process, the Defense Department will send about 3,000 Marines and Army members to the Hamid Karzai International Airport in the capital of Afghanistan within the next 24 to 48 hours, Pentagon spokesman John Kirby said at a separate press conference.

The troops will join the 650 U.S. military members currently still in the country to protect the embassy and elsewhere.

When the Biden administration began the withdrawal of U.S. forces in Afghanistan in late April, the troop level at the time was around 2,500.

Kirby shrugged off the suggestion of any irony in the United States boosting its military presence significantly in order to finish removing its 2,500 troops from the war-torn country.

"This is a very temporary mission for a very specific purpose. That's a big difference than saying you're deploying for eight, nine, 12 months forces to stabilize and secure Afghanistan, which we've been doing for the last 20 years," he said.