Temporary post offices opened in the Tokyo Olympic athletes' village and the main press center have become valuable souvenir shopping spots for foreign athletes and news reporters whose activities are restricted amid the coronavirus pandemic.

Among popular souvenirs at the post office in the main press center are postcards with images of ukiyo-e works as well as a book containing Olympic and Paralympic Games stamps, with some purchasing more than 10 books priced at 10,000 yen ($91) each. 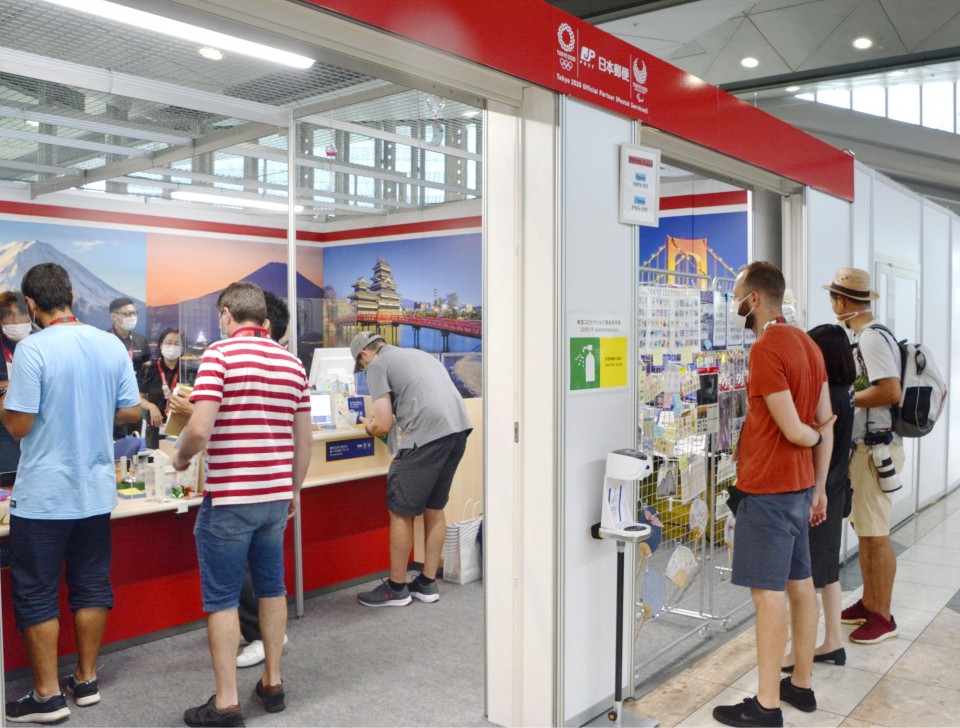 The stamp books consist of 75 84-yen stamps with designs featuring the competitions of the games and a 500-yen stamp depicting the National Stadium. Although the book is priced higher than the 6,800 yen face value of the stamps, some people are buying several books, according to the post office.

The postcards featuring ukiyo-e works, priced at 100 yen each, were sold out a week after the opening of the games, as many sent them to their family and friends via international mail immediately after purchasing them, it said.

The merchandise has also proved popular at the post office in the athletes' village, with sales exceeding expectations, it said.

The brisk sales came as athletes and officials are restricted from visiting areas outside predetermined locations such as competition venues and accommodation for 14 days after arriving in Japan as a measure to prevent the spread of the coronavirus. 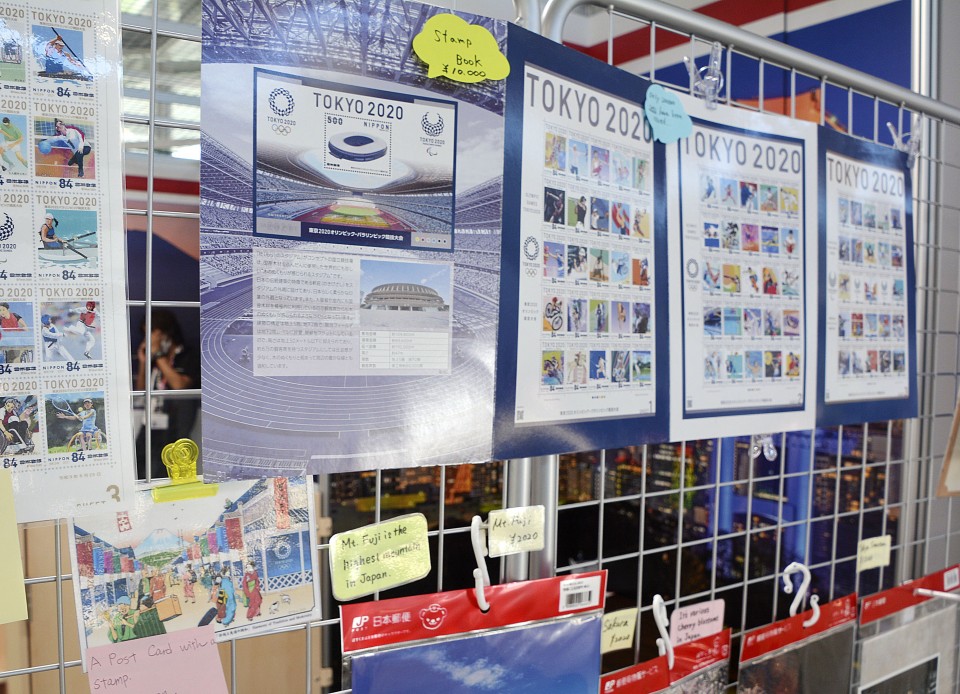 Britain's 27-year-old Thomas Daley, who won the gold medal in the men's synchronized 10-meter platform dive, mentioned on his own YouTube channel that he bought stamps with designs of geisha and warriors with "yoroi" armors in the athletes' village.

A staff member of a U.S. broadcasting station who sent 12 postcards said it cannot be helped that venturing outside to shop is barred, but postcards are special for the people who receive them and they are good souvenirs.

Hirofumi Nishizaki, manager of the post office inside the main press center, said, "This is a post office for transmitting Tokyo to the world. I would be happy if they are a lasting memory."