Prime Minister Yoshihide Suga is expected to reshuffle executives of the ruling Liberal Democratic Party and his Cabinet early next week, sources close to the matter said Tuesday, with the new lineup aimed at ultimately saving his government from losing more public support.

The reshuffling will include Toshihiro Nikai, the party's No. 2 man and longest-serving secretary general whom some have criticized for his high-handed approach, in a tactic seen as countering Suga's rival in the upcoming party presidential election. 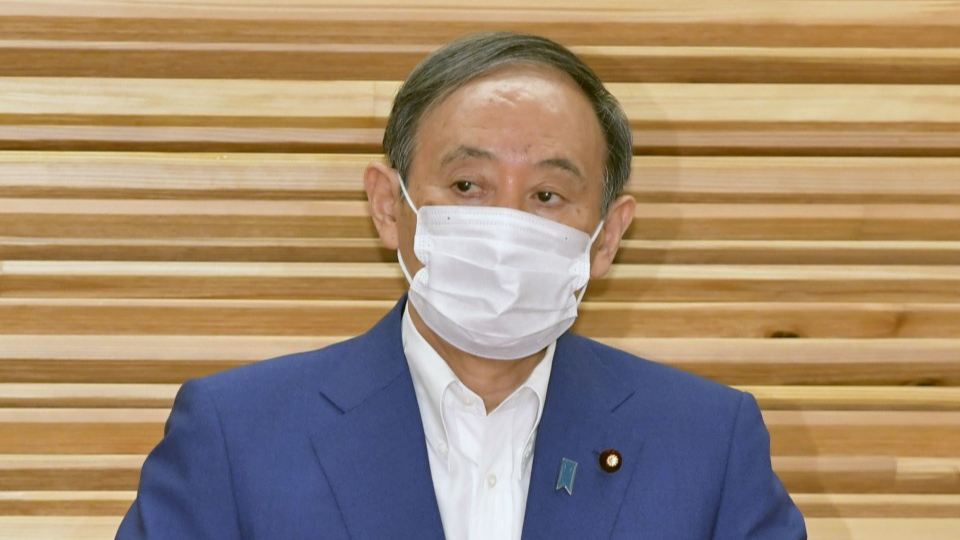 Japanese Prime Minister Yoshihide Suga attends a Cabinet meeting at his office in Tokyo on Aug. 31, 2021, wearing a face mask amid the coronavirus pandemic. (Kyodo) ==Kyodo

With his government reeling from low public support due to its handling of the coronavirus pandemic, Suga has been looking at how to avoid slipping deeper into a quagmire, according to the sources.

Suga, who heads the LDP, was initially expected to hold talks Tuesday with Nikai, known as the main power broker in the ruling party, to discuss the personnel changes as well as the party's presidential election, but this was put off given the impact of a potential reshuffling of the party's executive lineup.

Nikai, who has already agreed to give up the party's No. 2 post that he has held since 2016, has already expressed support for Suga's re-election as LDP president.

A fresh term would effectively ensure Suga remains prime minister as the LDP and its smaller coalition ally Komeito are expected to remain in power after the election for the House of Representatives, the powerful lower chamber of parliament.

But to gain support from the party's two largest factions for his re-election and thus stay on as prime minister, Suga has taken the drastic step of replacing Nikai, as sought by heavyweights from those factions, according to the sources.

Replacing Nikai is also seen as a way to weaken the chances in the LDP presidential race of former Foreign Minister Fumio Kishida, who has declared his candidacy, the sources said. Kishida was pushing for party reforms including putting a limit on terms of executives, with Nikai in mind.

With Suga's tenure as LDP president running out on Sept. 30, the party is set to hold a leadership race on Sept. 29 with campaigning starting on Sept. 17.

But the leadership election may now be postponed with Suga's term temporarily extended as government sources said his government may consider a plan to hold a general election on Oct. 17, several days before the expiration of the four-year term for lower house members.

Under the scenario, Suga would not dissolve the lower house and official election campaigning would start on Oct. 5.

The schedule for a general election is still fluid and discussions are likely to be held within the LDP executive board and other venues, according to the sources.

On Tuesday, Kishida told reporters that the leadership election should be held as scheduled.

Meanwhile, the government and ruling camp have decided not to convene an extraordinary session of parliament before the LDP leadership race despite demands by opposition parties to do so, coalition sources said.

Last week, the main opposition Constitutional Democratic Party of Japan urged the LDP to hold an extra Diet session from Sept. 7 through Sept. 16 to discuss the compilation of a fiscal 2021 supplementary budget to deal with the pandemic, with the Japanese Communist Party also arguing the LDP leadership race should wait.