As the political turmoil in Myanmar continues six months after the military coup, Japanese companies, whether operating there or tapping the country for skilled or low-wage workers, are worrying about the long-term impact on their business strategies.

Many of the more than 400 Japanese companies with local operations have taken steps such as delaying business plans while also, in some cases, reassessing their connections with the military in the wake of the Feb. 1 coup and the violent crackdown on peaceful protesters. 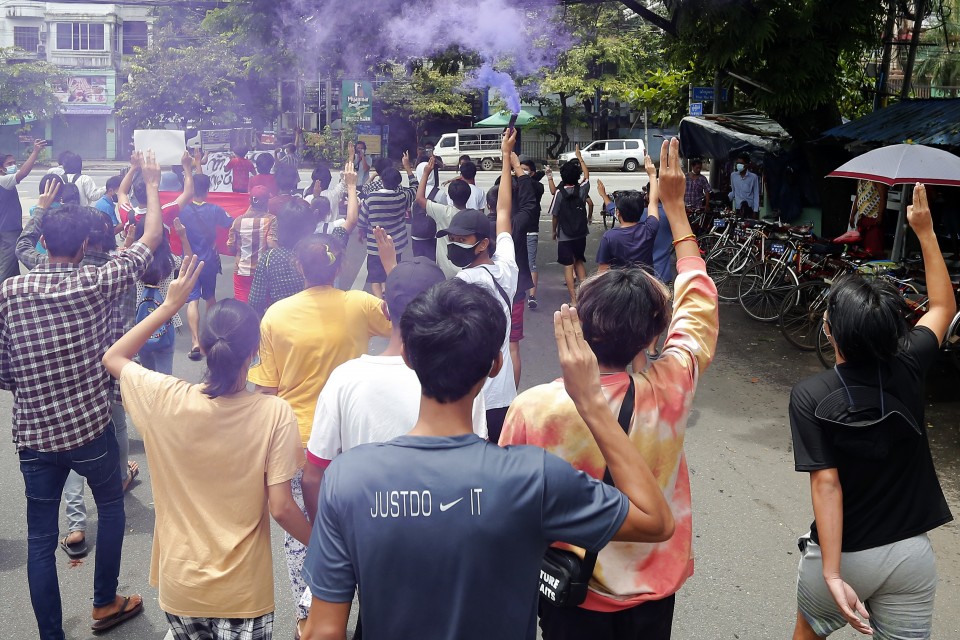 Demonstrators march during a flash mob protest against the military coup in Yangon, Myanmar on July 28, 2021. (NurPhoto/Getty/Kyodo)

Kirin Holdings Co., for instance, said in February that it will end its partnership with Myanma Economic Holdings Public Co., a conglomerate that the United Nations has identified as being owned by senior members of the military. Kirin is currently in negotiations over the plan.

Among other Japanese firms in Myanmar concerned about the turmoil, instant noodle maker Acecook Co. has halted production in the country and brought Japanese staff back home in consideration of their safety.

"Prospects are cloudy and we cannot tell whether we should resume operations or exit the country," a spokesperson said.

Meanwhile, companies that have recruited skilled workers from Myanmar to work in Japan have faced disruptions as well.

Yamato Manufacturing Co., a leading manufacturer of noodle-making equipment based in the western Japanese prefecture of Kagawa, famous for its udon noodles, has stepped up hiring workers from Southeast Asia partly with the aim of strengthening its competitiveness in the region and building a production plant there.

Yamato's president, Kaoru Fujii, explained that fewer young people in Japan wish to become engineers, while foreign job candidates including those from Myanmar are usually more fluent in English and more eager to learn compared with Japanese job seekers. 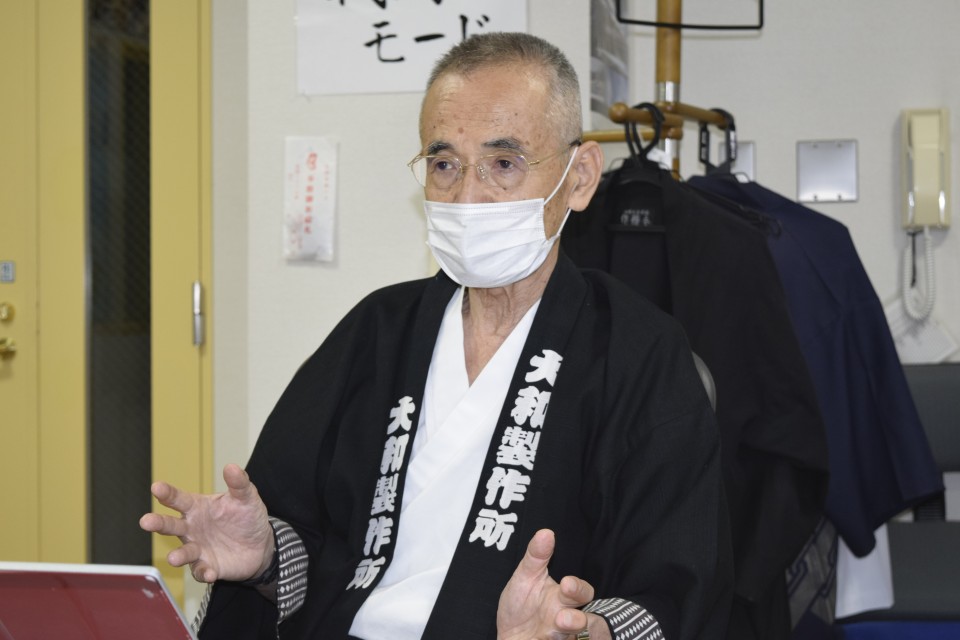 He does not see the situation improving quickly. Noting that surging coronavirus infections are adding to the turmoil in Myanmar, he said he expects it to take several years for the situation "to settle down" there.

At his firm, Hsu Shonlae Thadar, a 24-year old engineer from Myanmar who previously worked in Tokyo and joined Yamato in May, said she came to Japan because of the opportunities to develop her career and worried that the coup had made it harder for her compatriots to do likewise. 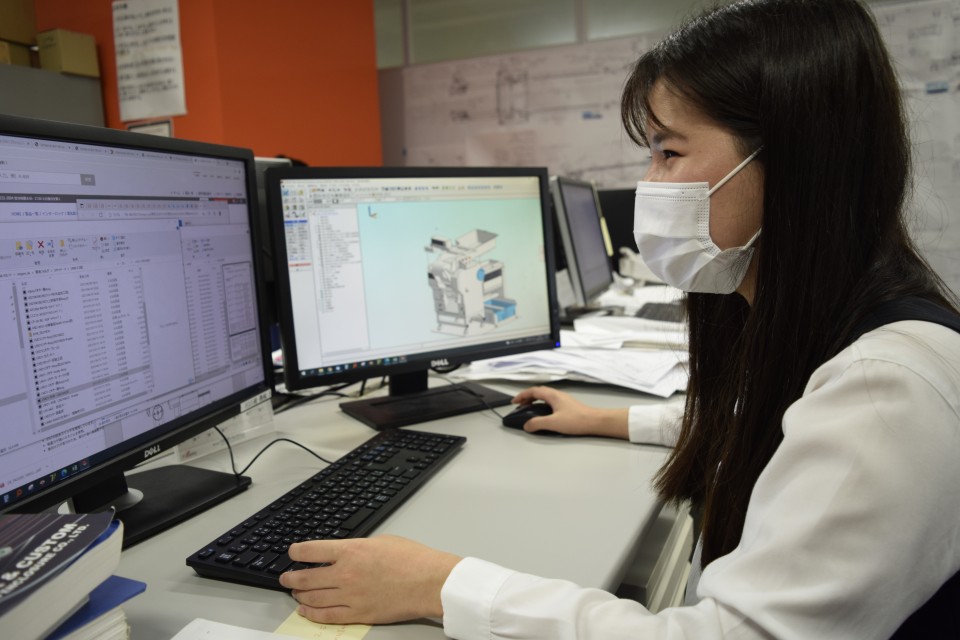 "There are many people in Myanmar who have worked hard to come to Japan but missed the chance to do so (due to the coup)," Thadar said. "I hope Japanese society maintains its interest in the situation in Myanmar."

According to the Association of Japan Myanmar Mutual Cooperation, Japanese companies remain keen to hire graduates from Myanmar in the science and engineering fields despite the coronavirus pandemic and political unrest.

The Japanese nonprofit organization has supported human resource development in Myanmar since 1997, such as by promoting the exchange of technical experts, providing Japanese-language classes to students from the country and introducing them to Japanese firms.

Although the number of students has declined by about 100 from a year earlier to roughly 260, there is a strong desire among young people in the country to find work in developed countries such as Japan amid the political turmoil, he said.

Oyama said about 40 students who obtained jobs from Japanese companies are awaiting permission from immigration authorities to enter Japan.

Some low-paying industries in Japan, especially in depopulated rural areas, have also come to rely on foreign workers arriving from elsewhere in Asia under a government-sponsored program for so-called technical interns.

In Kagawa, which has a relatively high ratio of over-65s among prefectures in a country with the world's oldest population, interns from Vietnam and Myanmar have been increasing in line with a decline in workers from China, said Shu Yamamoto, an official at the Sanuki Chamber of Commerce.

While Chinese still account for a large proportion of trainees under the program, it has become less attractive to them as Chinese pay levels have become about the same as those in the Japanese countryside and Chinese workers looking to come to Japan now tend to seek jobs in the metropolitan areas, Yamamoto said.

While the Sanuki Chamber of Commerce has only dealt with Chinese workers, Yamamoto said he has "heard that other organizations accepting workers from Myanmar are worried whether interns will come amid the political unrest. They are a valuable workforce for some companies."

"I hope the situation in Myanmar will be resolved safely," Yamato's Fujii said. "The lives of ordinary people in Myanmar have been disrupted by the coup. I think the business sector (in Myanmar) will grow with an early peaceful settlement."