Ecuadorian Sports Minister Sebastian Palacios has said the Olympics currently under way in Tokyo are significant in uniting the world through the power of sports during a difficult time with the coronavirus pandemic.

The minister of the South American country said there was no reason to cancel the Olympics this summer and he believes it is a "very good message" for the whole world, with more than 200 countries and regions sending their athletes to Tokyo. 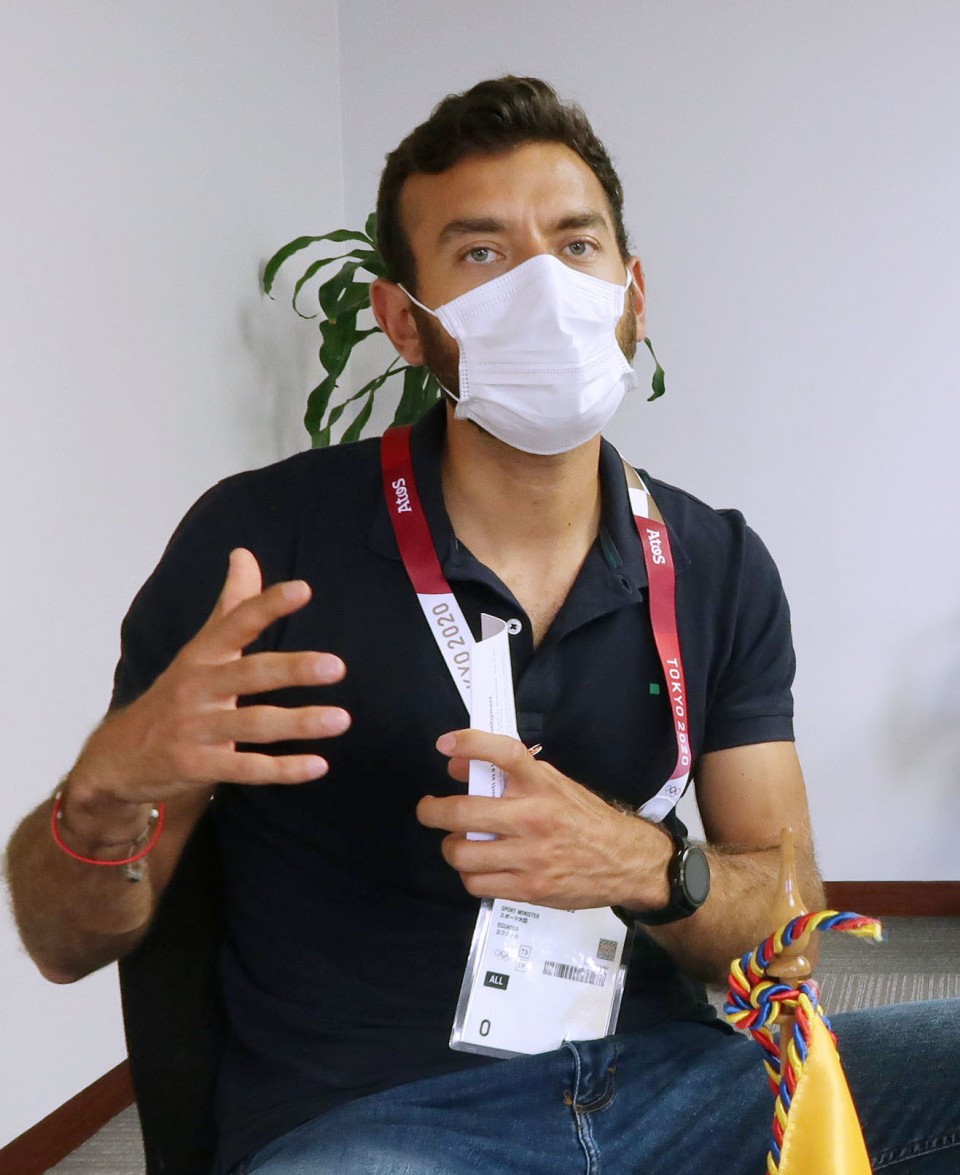 "Even though we live in the pandemic, we can get united, and this is what you are showing through organizing the Olympics in Japan," Palacios, who came to the Japanese capital for the games, said in a recent interview.

Ecuador has sent 48 athletes, its largest-ever Olympic contingent, and has won two gold medals as of Monday.

The 34-year-old minister also showed understanding over the decision made by Olympic organizers last month to ban spectators from almost all the venues as part of efforts to prevent the spread of the virus.

He said it is "very sad" but "having an Olympic Games and organizing them at the end is very good for the athletes."

According to Palacios, the first thing Ecuador did after its new government led by President Guillermo Lasso was formed in late May was to fully vaccinate all its athletes and all members of the delegation attending the Olympics in Tokyo, which has been under a COVID-19 state of emergency since mid-July.

"The goal is to vaccinate the whole population by the end of the year, and 9 million in the first 100 days of the government," he added.

Ecuador, which has a population of about 17 million, was in a severe situation last year due to a spike in COVID-19 deaths especially in Guayaquil in the western part of country.

Palacios said the country will send 10 athletes to the Paralympics, which are scheduled to run from Aug. 24 to Sept. 5.

"Sports are a very good tool for (promoting) inclusion. People with disabilities can be included and participate in sports and change their mindset," he said.