Daily coronavirus cases confirmed in Tokyo reached a record 5,042 on Thursday, topping the 5,000 mark for the first time, the metropolitan government said, as a resurgence of the virus places a strain on the medical system in Japan.

Tokyo, hosting the Olympics while under its fourth state of emergency over the pandemic, reported a record figure for the second straight day after logging 4,166 cases Wednesday.

A panel of experts advising the metropolitan government warned that the situation could deteriorate further. 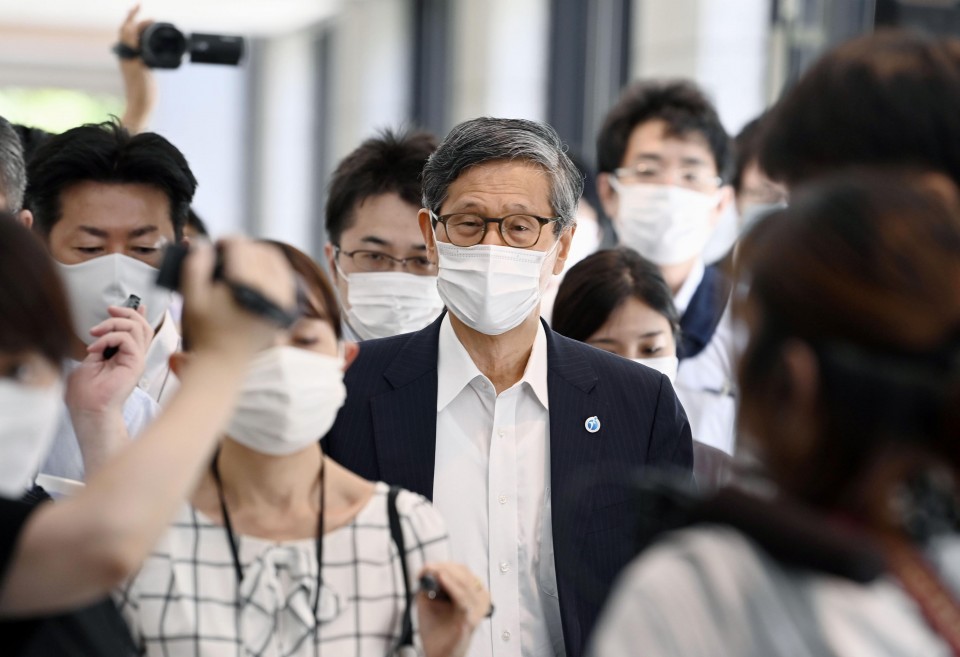 They forecast that the capital's seven-day rolling average of COVID-19 cases could surge to around 10,900 per day as of Aug. 18 if the current pace of increase continues, which compares with the rolling average of 3,646.9 as of Thursday.

Across the country, the day's total of confirmed coronavirus infections topped 15,000 for the first time, setting another record only a day after hitting the previous high of around 14,200.

The Japanese government decided the same day to expand its COVID-19 quasi-state of emergency to eight more prefectures, with the serving of alcohol banned in principle, as the highly contagious Delta variant of the coronavirus is spreading in the areas. 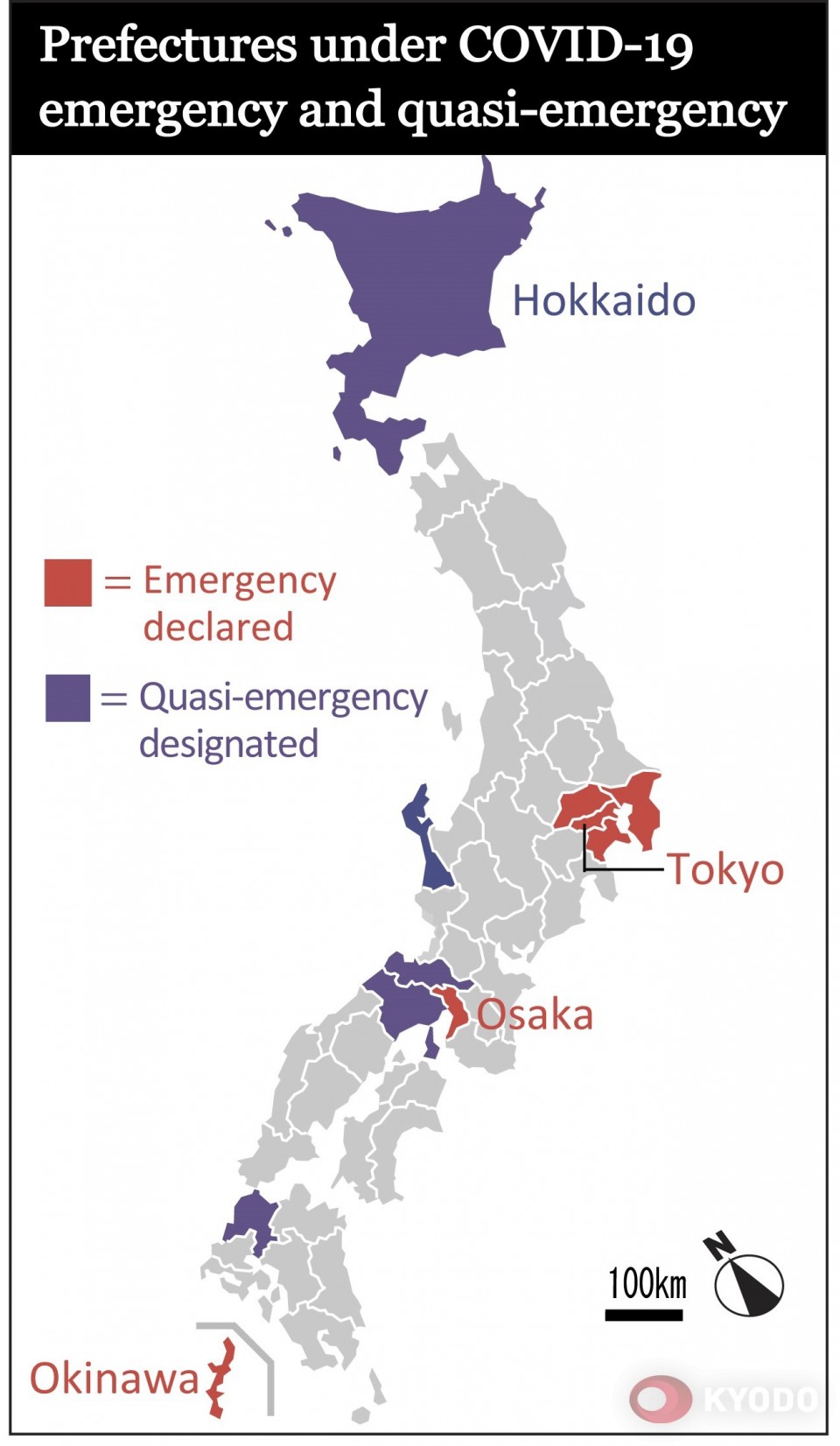 The move comes after the government on Monday added Osaka and three prefectures near the capital to its virus state of emergency, already in place in Tokyo and Okinawa, and imposed the quasi-emergency on five other prefectures through the end of August.

"Infections are spreading at an unprecedented level in the metropolitan area and elsewhere," Prime Minister Yoshihide Suga said after making the decision.

"With the increase of those infected, the number of patients in serious condition is also on the rise," Suga said, while noting the Delta variant now accounts for about 90 percent of coronavirus cases in Tokyo and the proportion is high in many other locations.

The addition of the eight prefectures -- Fukushima, Ibaraki, Tochigi, Gunma, Shizuoka, Aichi, Shiga and Kumamoto -- was finalized at a task force meeting, with anti-virus measures in effect from Sunday through Aug. 31.

Yasutoshi Nishimura, minister in charge of Japan's coronavirus response, said the number of COVID-19 patients in serious condition has doubled in Japan over the past two weeks, putting a strain on the medical system. 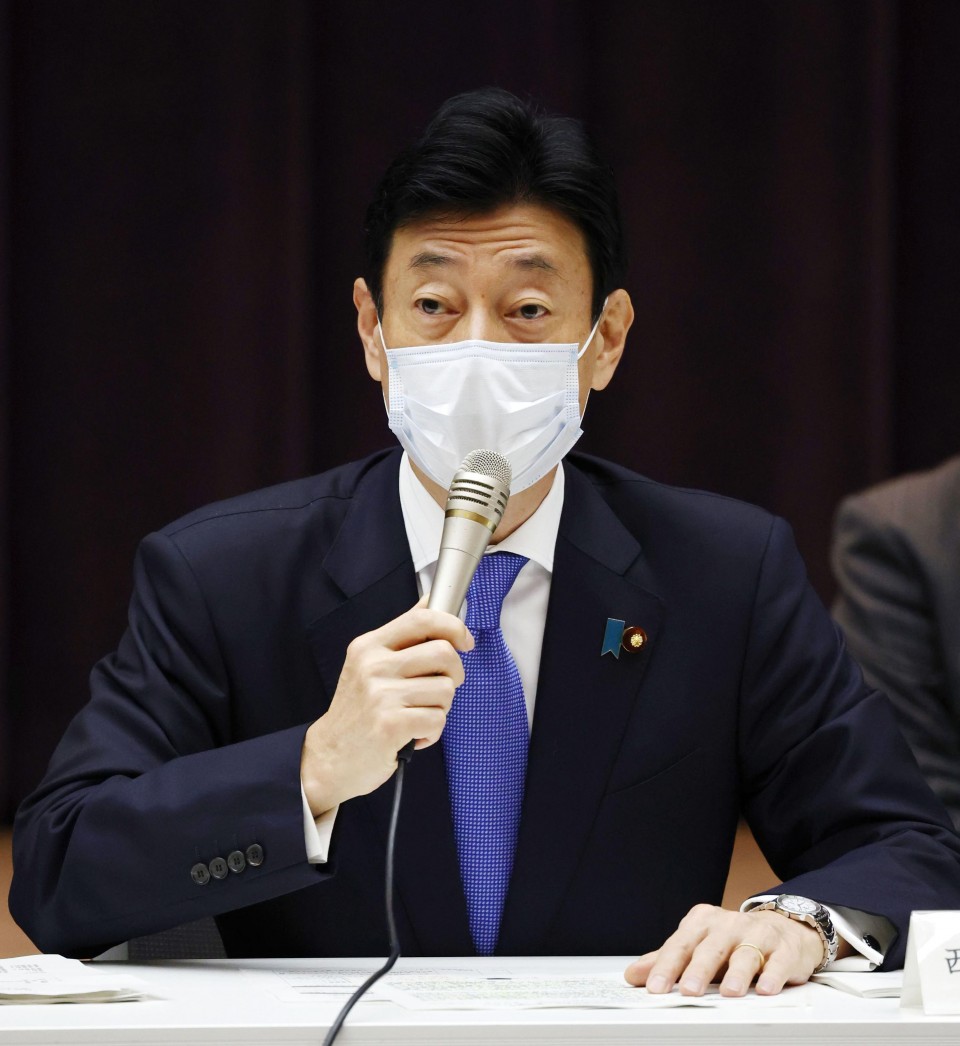 Japanese economic revitalization minister Yasutoshi Nishimura, who is in charge of Japan's coronavirus response, speaks at a meeting in Tokyo on Aug. 5, 2021. (Kyodo)

Only when the number of infections indicates a downward trend, may provision of alcohol be allowed with a governor's approval until 7 p.m. at establishments taking anti-virus steps in areas under a quasi-emergency.

Under the state of emergency, restaurants and bars serving alcohol or offering karaoke are asked to shut during the period while the government provides money for compliance. Those not serving liquor are requested to close at 8 p.m. as well and easing the alcohol ban is not allowed during the period.

The five other prefectures currently under the quasi-emergency are Hokkaido, Ishikawa, Kyoto and Hyogo as well as Fukuoka, which asked the central government on Thursday to impose a tougher state of emergency.

Hiroshima Prefecture in western Japan had requested to be included under the quasi-emergency measures, but the central government rejected its demand, saying the virus situation there is not currently at a serious level.