The win over Colombia's Ingrit Lorena Valencia Victoria at Kokugikan Arena put the dynamic 22-year-old Japanese into a semifinal bout on Wednesday, where she will be guaranteed at least a bronze medal. 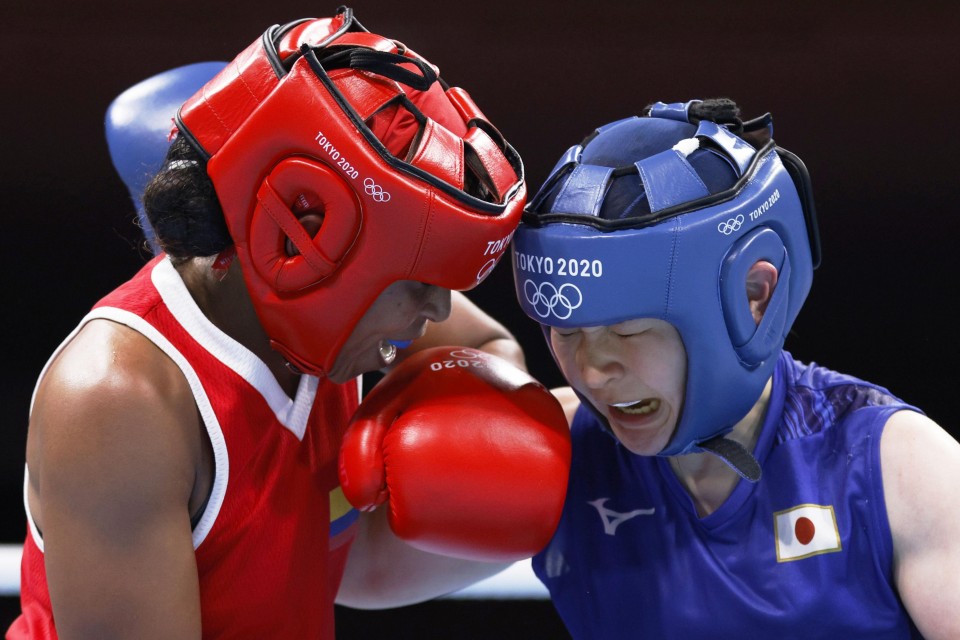 Tsukimi Namiki (R) of Japan and Colombia's Ingrit Lorena Valencia Victoria compete in the women's flyweight quarterfinal match at the Tokyo Olympics on Aug. 1, 2021, at Kokugikan Arena in Tokyo. (Kyodo)

"I think I did a good job of boxing to my strengths," said Namiki, who appeared to be in constant motion as she danced and darted in and out against her opponent. "It's a relief (to secure a medal) but this is just one stop on my journey since I'm going for the gold."

"I want my boxing to make the world take notice."

After Namiki easily won the first two rounds, the 32-year-old Valencia Victoria came out punching hard in the third round in search of a knockout blow, but succeeded in only getting two of the five judges to award her the round.

Namiki's victory in a battle between two lefties comes a day after Japan's Sena Irie advanced to the women's featherweight gold medal match.