Shohei Ohtani went deep to tie the game in the third inning for his major league-leading 38th home run of the season on Wednesday, but his offensive effort went to waste in the Los Angeles Angels' 10-2 loss to the Toronto Blue Jays. 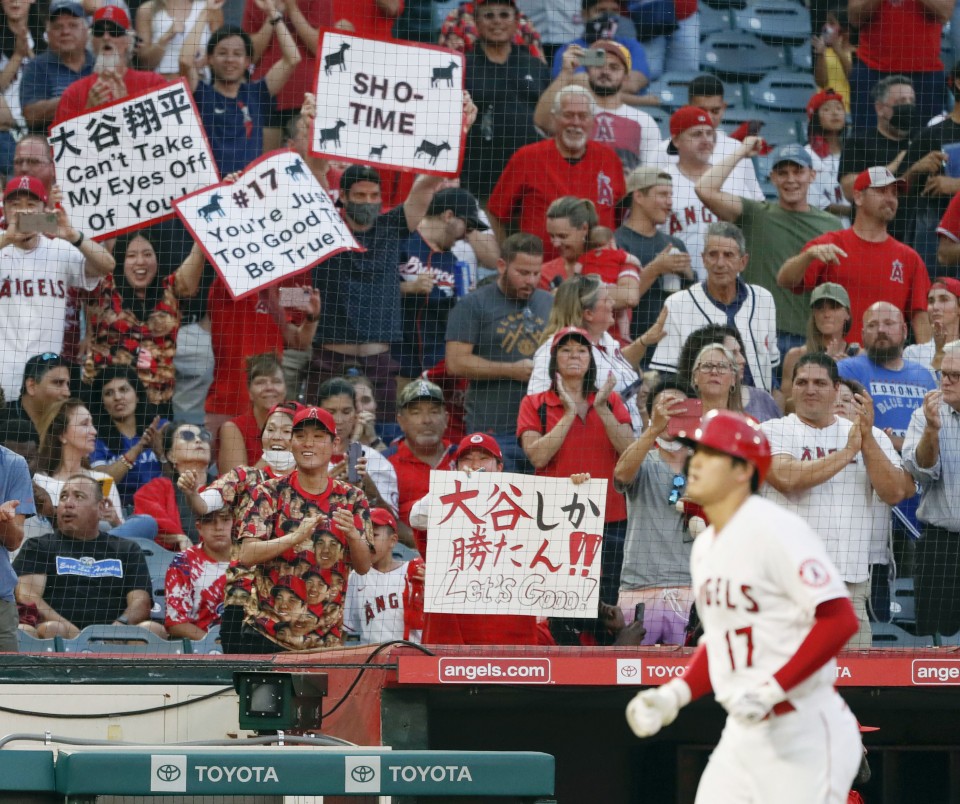 Fans applaud as Shohei Ohtani (17) of the Los Angeles Angels hits a two-run home run in the third inning of a game against the Toronto Blue Jays on Aug. 11, 2021, at Angel Stadium in Anaheim, California, his major league-leading 38th of the season. (Kyodo) ==Kyodo

Ohtani tied the game 2-2 with his first homer since July 28 in the bottom of the third at Angel Stadium. The Japanese two-way star added to his home run total with a two-run shot off Blue Jays starter Alek Manoah (5-1).

Angels starter Dylan Bundy (2-9), however, surrendered a leadoff double in the fifth, and reliever Sam Selman allowed a one-out RBI single that put the visitors ahead.

The Blue Jays loaded the bases and Teoscar Hernandez hit his 18th home run for a grand slam.

A day before he is slated to take the mound against the Blue Jays, Ohtani batted leadoff for the Angels. He went 1-for-3 with a walk and a strikeout.