Heavy rain pummeled western and southwestern Japan on Friday, leaving one person dead and at least two others missing in a mudslide, with the country's weather agency issuing warnings covering wide areas of the country.

In the southwestern Kyushu region, a woman in her 50s died, and her husband in his 60s and their daughter in her 30s went missing after a mudslide damaged two homes in Unzen, Nagasaki Prefecture, according to local authorities. 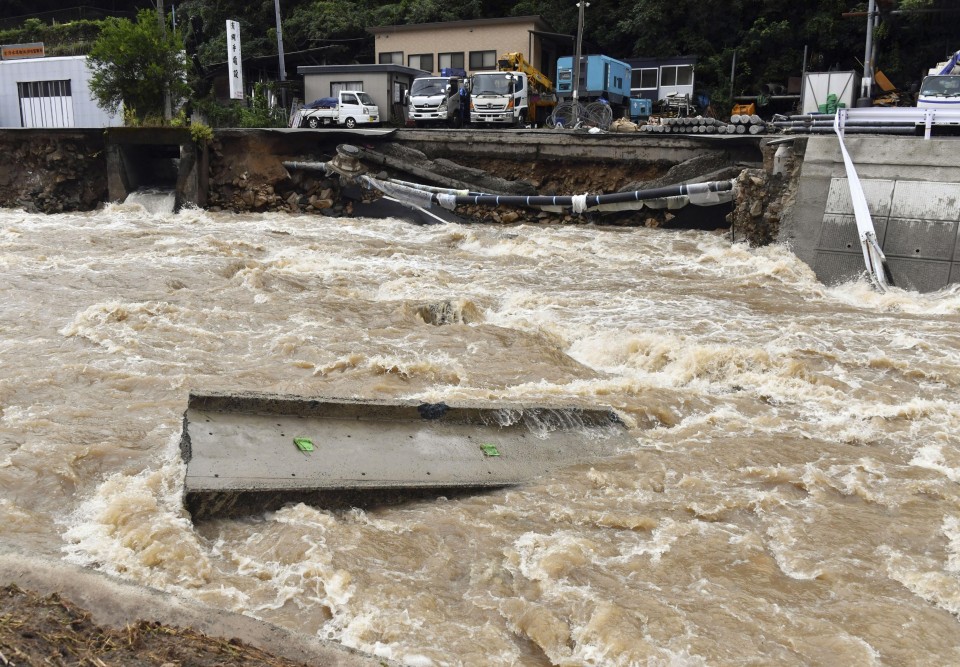 Heavy rain leaves a river swollen in Hiroshima on Aug. 13, 2021, with a road alongside it partially washed away, as Japanese weather authorities issued warnings across wide areas of the country. (Kyodo) ==Kyodo

A resident of one of the houses in his 60s who was rescued sustained serious injuries to his left leg.

Heavy rain also caused damage to the remains of Hara Castle in the prefecture, part of the Hidden Christian World Heritage sites designated by UNESCO, leaving a sinkhole about 5 meters in diameter and depth, the prefectural education board said.

Record amounts of rain were observed in Unzen and Shimabara in the prefecture, with over 800 millimeters observed at Mt. Unzen in the area from Wednesday, according to the Japan Meteorological Agency. The amount is more than twice the monthly precipitation for August in usual years, it said.

The weather agency issued the highest level of rain alert for the western prefecture of Hiroshima, prompting three local municipalities to urge residents to take action to secure their safety, including moving to higher floors in buildings.

Heavy rain caused the Gono River in the prefecture to overflow in multiple locations, and local authorities ordered over 5,800 residents in downstream areas in Shimane Prefecture to evacuate.

In Tokyo, Prime Minister Yoshihide Suga held an emergency meeting with members of his Cabinet and called on people affected to evacuate immediately.

In the 24-hour period through Saturday evening, 300 mm of rainfall is forecast in northern Kyushu and the central Japan region of Tokai, as well as 250 mm across wider areas including Shikoku and Kinki in western Japan and the Kanto-Koshin region centered on Tokyo. 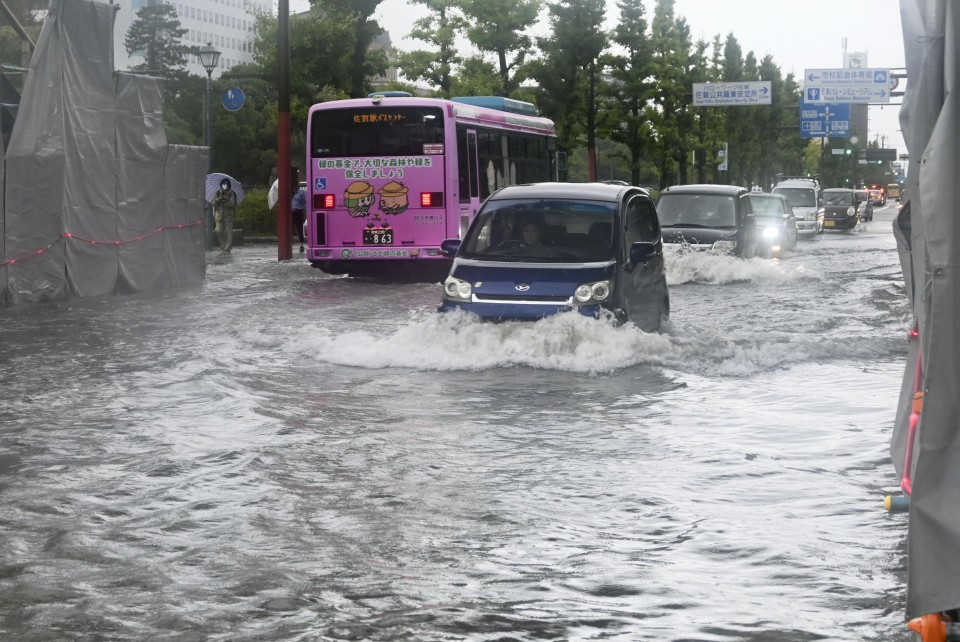