The 27-year-old also won the 200 IM silver in Rio but settled for sixth in that race this summer in his only individual event at the Tokyo Olympics. The sources said Hagino has already informed his team of the decision and is contemplating attending graduate school. 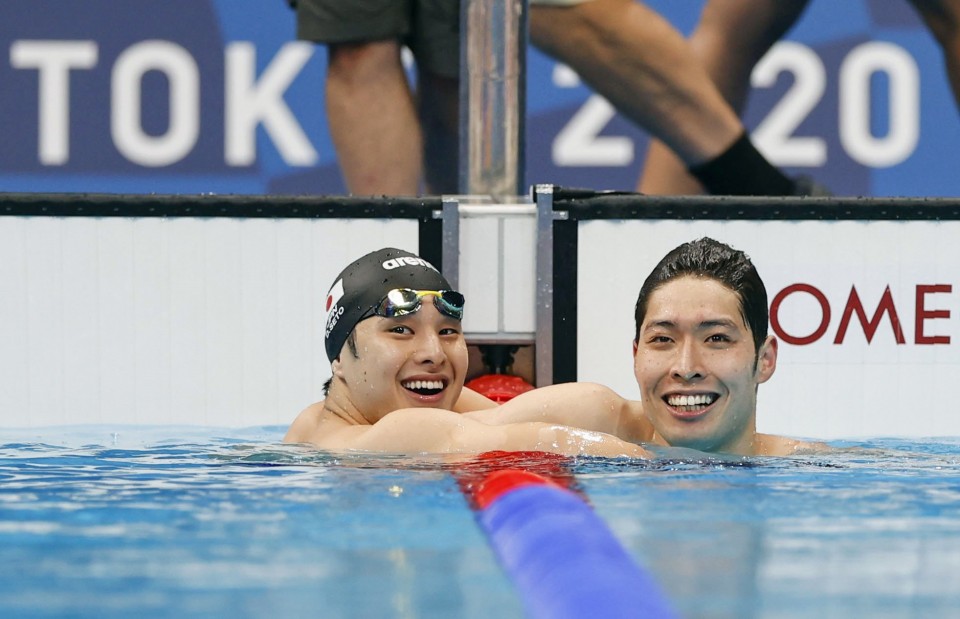 Japan's Kosuke Hagino (R) and Daiya Seto are pictured after swimming in the men's 200-meter individual medley final at the Tokyo Olympics on July 30, 2021, at Tokyo Aquatics Centre in the capital. (Kyodo)

The Tochigi Prefecture native, recognized from a young age for his ability, made his Olympic debut as a high-school student at the 2012 London Games, where he won the bronze medal in the 400 IM.

Hagino's all-around ability set him apart from other Japanese swimmers. He won five titles at the 2013 national championships before being named the most valuable athlete of the 2014 Asian Games after winning four golds.

He broke his right arm in a fall from a bicycle during a training camp in France in June 2015. Although he won a gold and silver in Brazil, as well as a 4x200 medley relay bronze, Hagino never recovered his peak form.

Hagino turned pro after the games but suffered a long slump, skipping the 2019 national championships and failing to qualify for that year's worlds.

Hagino crawled his way back to secure a berth in the postponed Tokyo Games but fell short of reaching the medal podium for a third straight Olympics.

In his final individual race, Hagino swam against long-standing rival Daiya Seto, who also missed the podium in the 200 IM after finishing fourth after failing to reach the final in two other events.

"It's sad, but I'll keep trying as I still have a lot of challenges ahead of me and win a gold medal (at the Olympics) as he did. Thank you for the best memories."