Yoshitomo Tsutsugo hit his third home run in four games to help his new team, the Pittsburgh Pirates, come from behind to beat the Arizona Diamondbacks 6-5 on Monday.

Trailing 5-2 in the seventh inning, Tsutsugo pulled a 0-2 fastball over the right-field wall for his first homer at his team's home field, PNC Park, kick-starting a three-run rally before the Pirates took the lead for good in the eighth. 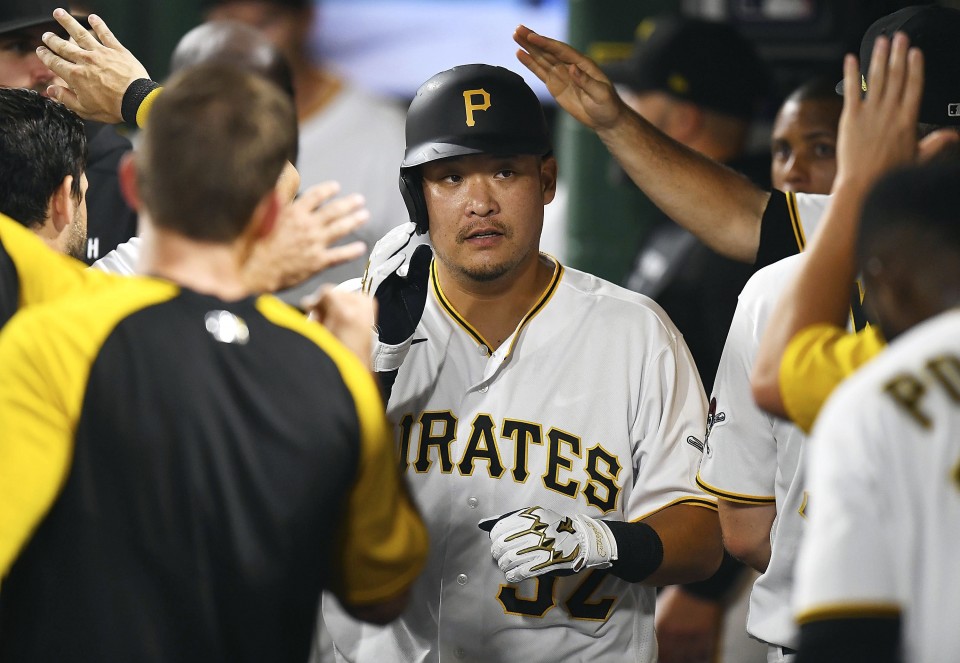 Yoshitomo Tsutsugo (C) of the Pittsburgh Pirates celebrates with his teammates after hitting a home run against the Arizona Diamondbacks on Aug. 23, 2021 in Pittsburgh, Pennsylvania. (Getty/Kyodo)

In his second major league season, Tsutsugo joined the Pirates as a free agent last Monday after being released by the Los Angeles Dodgers' Triple-A affiliate.

The former DeNA BayStars slugger had eight home runs last year, his first big-league season, with the Tampa Bay Rays, who released him in May.

Tsutsugo has been either boom or bust in his 18 at-bats with the Pirates, with six hits, including two doubles and three homers, while striking out five times.