At least 1,297 people were killed and around 5,700 were injured by a magnitude-7.2 earthquake that struck Haiti on Saturday, according to local authorities.

The fatality count is feared to rise further with many residents still trapped under rubble following the powerful quake. The Caribbean island nation is also bracing for the arrival of a tropical storm from Monday night that may bring heavy rain. 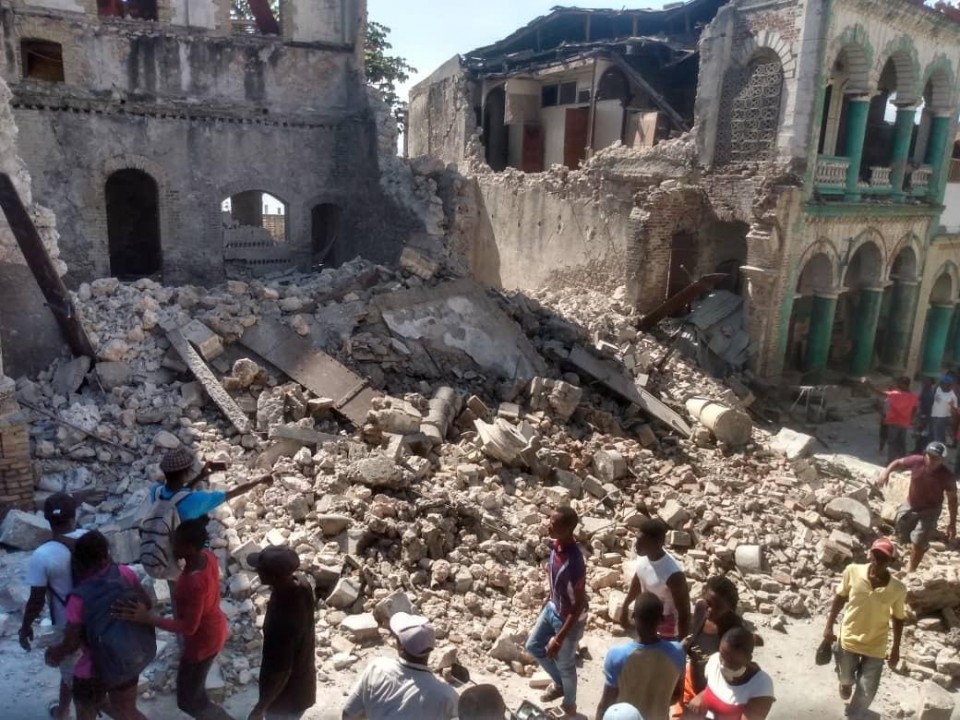 Some 12,000 buildings have been destroyed or damaged by the quake, with southwestern parts of the country the most severely hit, the local authorities said.

Haitian Prime Minister Ariel Henry has declared a one-month state of emergency for the country, vowing to proceed with rescue operations and ascertain the scale of damage.

But landslides triggered by the quake have blocked roads and complicated rescue efforts, while aftershocks continued to jolt the region.

The epicenter of the earthquake was about 125 kilometers west of the capital of Port-au-Prince and at a depth of 10 km, according to the U.S. Geological Survey.

The island nation is also grappling with political unrest after President Jovenel Moise was assassinated in July by an armed group that stormed into his private residence in a suburb of the capital.