Thousands of people on Saturday morning swarmed a walk-in COVID-19 vaccination site newly set up in central Tokyo for young people, ironically creating dense crowds at risk of spreading the virus as they lined up to get tickets for about 300 shots offered for the day.

The Tokyo metropolitan government conducted the vaccine lottery after disarray on the first day of the program Friday when a line began to form from early morning, with people snapping up some 200 vaccination slots provided on a first-come, first-served basis to those aged 16 to 39, well before registration was scheduled to start. 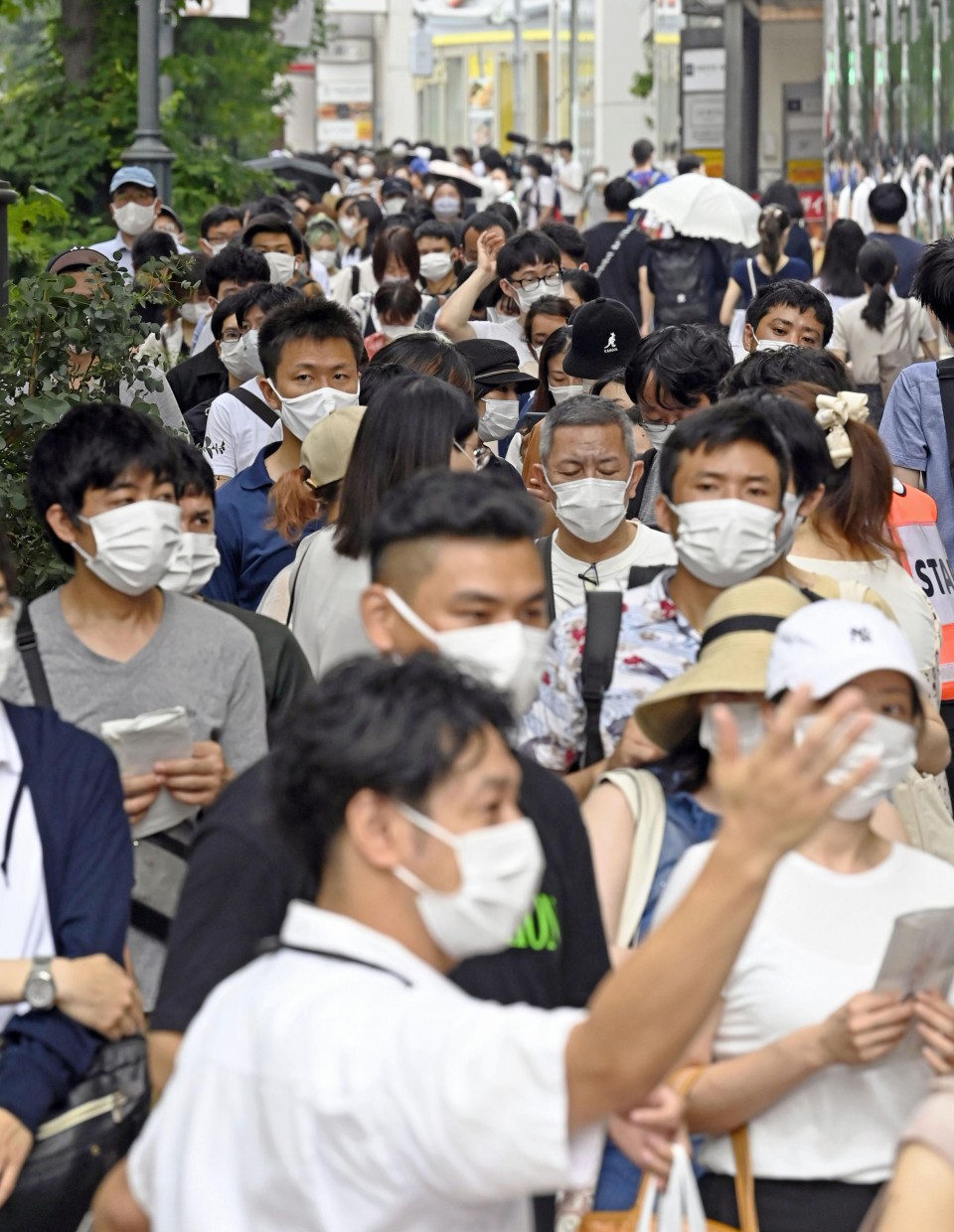 People flock to a COVID-19 vaccination site for young people in Tokyo's Shibuya area on Aug. 28, 2021, trying to get their hands on a limited number of shot tickets for the day. (Kyodo)

The vaccination site near JR Shibuya Station, set up in the wake of the coronavirus resurgence in the capital, was to distribute lottery tickets from 9 a.m., but the metropolitan government started the distribution about 40 minutes ahead of schedule due to the growing line, which eventually stretched around 1 kilometer, according to Tokyo officials.

Of the 2,226 people who waited in line, 354 people won vaccination tickets, according to the metropolitan government.

"If it's going to be like this, it would be better just to increase the number of slots in municipal vaccinations," said Yoshimasa Iizuka, 36, from Tokyo's Chuo Ward, who missed out on getting a ticket.

Yui Takata, a 27-year-old resident of Tokyo's Toshima Ward, was able to win a vaccination ticket but said, "I felt anxious lining with people I didn't know. I think having online reservations would be best."

At the site, the metropolitan government is vaccinating people between the ages of 16 and 39 who reside in or commute to Tokyo after infections among those in the age group began to spread at a faster pace.

The capital's effort to accelerate the pace of vaccinating younger people comes as concerns grow about a vaccine supply shortage in the country.

The Tokyo government plans to offer three other vaccination sites for young people and will begin accepting reservations on Monday.