According to an official report, 59-year-old Wong had performed two songs at a two-hour rally held by 34-year-old Au in March 2018, after which the entertainer urged the audience to vote for the lawmaker in the upcoming legislative council by-election.

A video of the Wong's performance was also shared to Au's social media, according to the report. 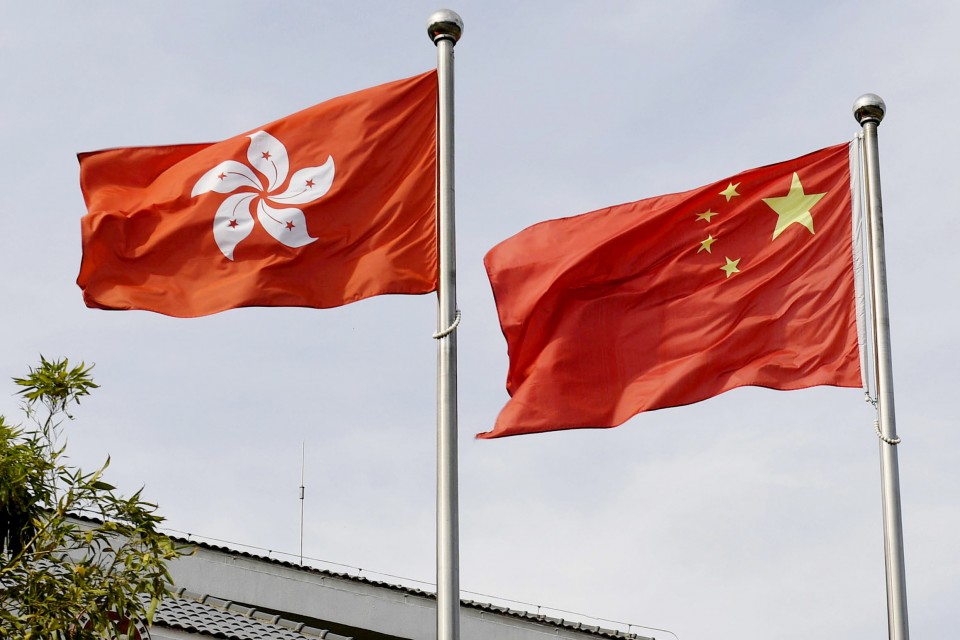 The flags of China (R) and Hong Kong are flown at the Hong Kong government's office in Beijing on June 5, 2020. (Kyodo) ==Kyodo

Hong Kong's Independent Commission Against Corruption said in a statement that Wong had provided "entertainment to induce others to vote" for Au in a violation of the Elections (Corrupt and Illegal Conduct) Ordinance, which prohibits providing refreshments or entertainment at an election.

Au is among the 47 pro-democracy figures who have been charged with subversion under the national security law for holding unofficial primaries for pro-democracy candidates in June last year.

He will appear in court alongside Wong on Thursday.

This marks the latest in a series of arrests made by the watchdog under the elections ordinance.