Uda clocked 1-hour, 3-minute, 45-second time and Yoneoka finished in 1:02:20 alongside his guide Kohei Tsubaki at Odaiba Marine Park. Each man's medal was his first at the Paralympic Games. 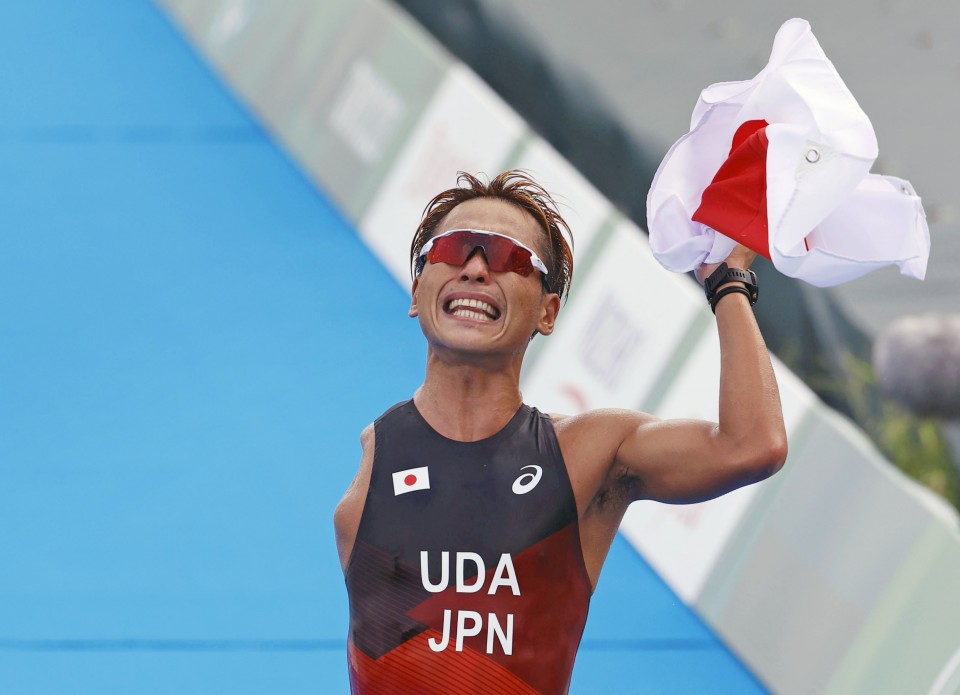 Hideki Uda crosses the finish line to win a silver medal in the men's PTS4 triathlon at the Tokyo Paralympics on Aug. 28, 2021, at Tokyo's Odaiba Marine Park.

It was an emotional race for Uda, a native of Shiga Prefecture, western Japan, because he felt the presence of his supporters and friends behind him as he was on the course, their hopes and dreams accompanying his every stroke in the water, push on the pedals and stride down the road.

After crossing the finish line, he fell to the ground and cried. Then he got up, draped the Japanese flag around his shoulders and congratulated his fellow competitors.

"When I finished the race, I had a hard time controlling my emotions because I was overwhelmed with various feelings. I felt really happy running that final stretch."

He had traveled a bumpy road to reach the Paralympic stage in his home country.

When he was at the height of happiness, five days after marrying his wife Aki, he was involved in a life-threatening accident at his workplace that cost him his right arm. It was in 2013 and he was 26 years old.

But thanks to the tireless support of his family and friends, he was able to recover. He discovered triathlon in the process of rehabilitation about six months after the accident.

He made his triathlon debut for Japan in 2015 and reached the world's number one ranking in July 2017, according to his website.

After reaching another milestone on Saturday, he called his family and shared the moment.

"It was far from a normal conversation because both (my wife and I) were crying so hard," Uda said after the medal ceremony.

For Uda, 34, the Paralympic Games is a wonderful opportunity to change people's perceptions about what people with disabilities are capable of.

"I have disabilities, but I think this is a good opportunity for people to see me as a legit athlete," Uda said.

"Para athletes engage in the same level of training conducted by able-bodied athletes in terms of the quality and quantity to be on this stage." 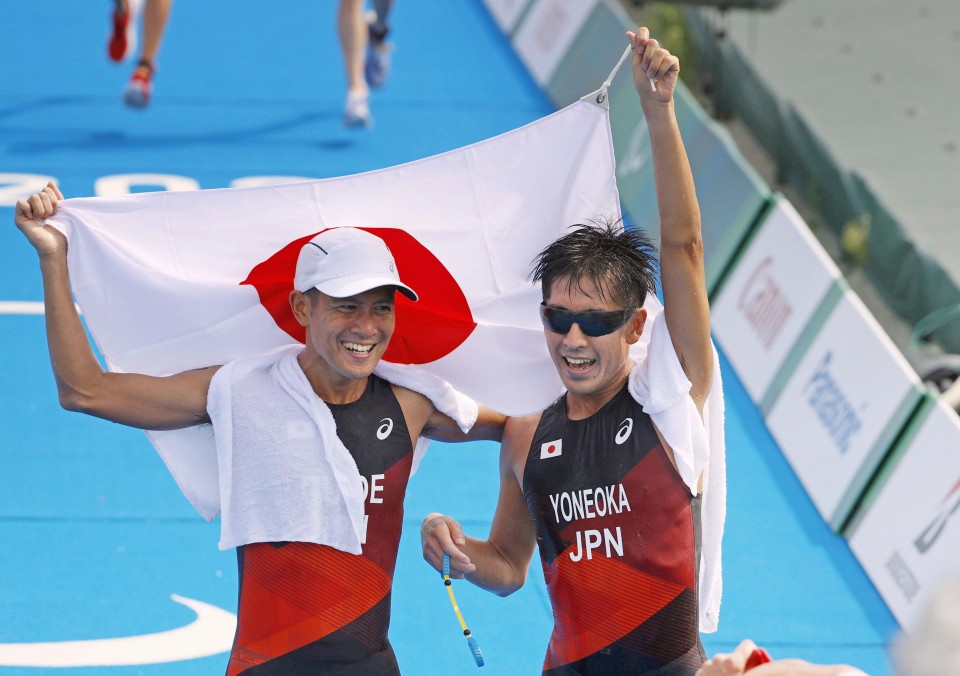 "I was thinking about winning a medal the whole race," said Yoneoka, a 35-year-old Tokyo native.

Yoneoka was born without vision in his right eye and sustained retinal detachment in his left eye as the result of an accident at age 10. He completely lost his vision at age 25.

His guide suggested he give triathlon a go after he dabbled in running marathons. He took up competitive triathlon in 2013.

Reflecting on Saturday's race, he said the key moment was when he entered his fourth and final lap of the run leg, the last of the three disciplines in triathlon.

"I was able to sense the leader up ahead and had the will to chase," he said.

"It was the toughest stretch in the race amid the intense heat but I was able to maintain my pace," said Yoneoka.