The standing committee of the Hong Kong Alliance in Support of Patriotic Democratic Movements of China has passed a resolution to disband amid mounting suppression from the authorities, according to the reports. 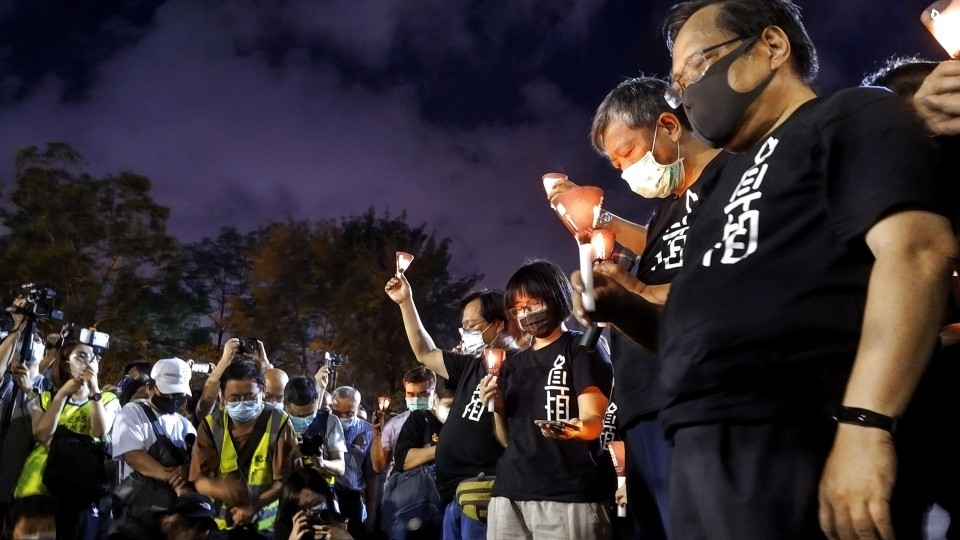 Democratic group members gather at Victoria Park in Hong Kong on June 4, 2020, to commemorate the 31st anniversary of the military crackdown on the pro-democracy movement centered on Beijing's Tiananmen Square in 1989. (Kyodo) ==Kyodo

An emergency general meeting will be held among its members to officially vote on whether the group will end its 32-year-run.

Last month, the group terminated all its workers and reduced its standing committee by half, citing political suppression.

On June 4, the alliance's vice chairwoman Tonyee Chow was arrested on suspicion of promoting the annual vigil, which was banned by authorities for the second consecutive year due to public health concerns during the coronavirus pandemic.

The alliance is the latest organization to fold under Beijing's efforts to crack down on dissent in the city following the implementation of the national security law, which criminalizes acts of secession, subversion, terrorism and collusion with foreign forces.