Myanmar's military announced Sunday the formation of a caretaker government to rule until the next general election in 2023, with army chief Senior Gen. Min Aung Hlaing as its prime minister.

The commander-in-chief's deputy will be Vice Senior Gen. Soe Win, who also serves directly under him on the State Administration Council, according to an order issued by the ruling body six months after the Feb. 1 military coup. 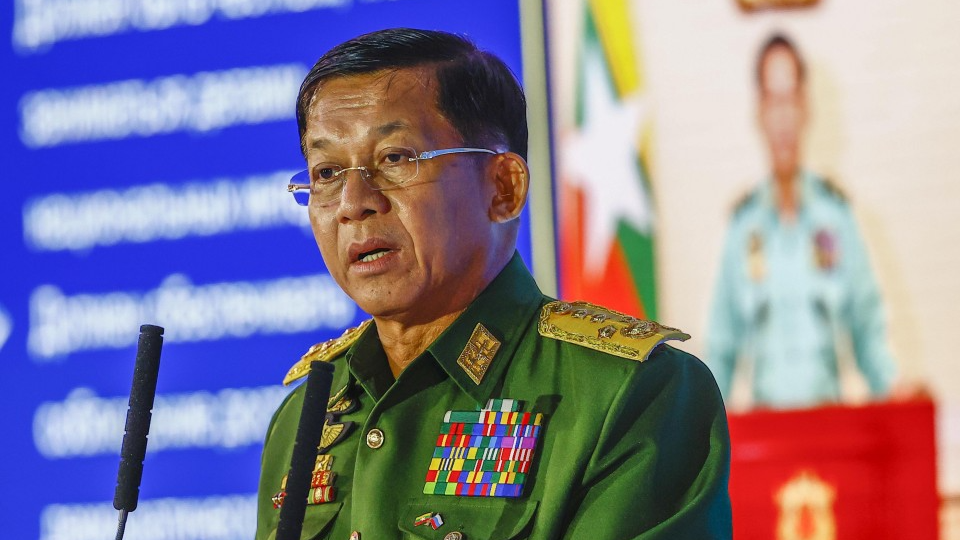 The council has governed since the coup that overthrew Aung San Suu Kyi's government, reversing the country's democratization less than a decade after its transition to civilian rule.

Earlier Sunday, Min Aung Hlaing promised in a televised speech to hold a "free and fair multiparty general election" by August 2023 at the latest, after the two-year state of emergency expires.

The council last month canceled the results of the previous election held on Nov. 8 last year, in which Suu Kyi's National League for Democracy won a majority of seats in both houses of the parliament.

In his speech, the top general re-asserted that the last election was rigged, the military's rationale for seizing power.

More than 900 people have been killed in the military's crackdown following the coup.

Suu Kyi remains detained along with former President Win Myint and other senior officials of her government. She faces a slew of charges, while her party faces possible dissolution for allegedly masterminding vote-rigging.

Min Aung Hlaing also showed his willingness to accept the dispatch of a special envoy agreed in April by the Association of Southeast Asian Nations to mediate among the parties and find a peaceful resolution to the country's crisis.

"I would like to say that Myanmar is ready to work on ASEAN cooperation within the ASEAN framework including the dialogue with the ASEAN special envoy in Myanmar," he said.

Of the three original nominees for the ASEAN special envoy, he said, his government had agreed to select Virasakdi Futrakul, former Thai deputy foreign minister and veteran diplomat.

"But for various reasons, the new proposals were released and we could not keep moving forwards," he said.

ASEAN sources have said other nominees put forward include Hassan Wirajuda, a former Indonesian foreign minister, and Razali Ismail, a Malaysian who was a U.N. special envoy for Myanmar in the 2000s tasked with facilitating national reconciliation and democratization in the country.

The envoy's selection is expected to be finalized when ASEAN foreign ministers gather virtually between Monday and Friday for an annual series of meetings.