Defense minister Nobuo Kishi and economic and fiscal policy minister Yasutoshi Nishimura on Friday visited Yasukuni shrine, seen by Japan's neighbors as a symbol of its past militarism, ahead of the anniversary of the end of World War II.

The visit by members of Prime Minister Yoshihide Suga's Cabinet to the shrine, which honors convicted war criminals along with more than 2.4 million war dead, drew rebukes from South Korea and China. 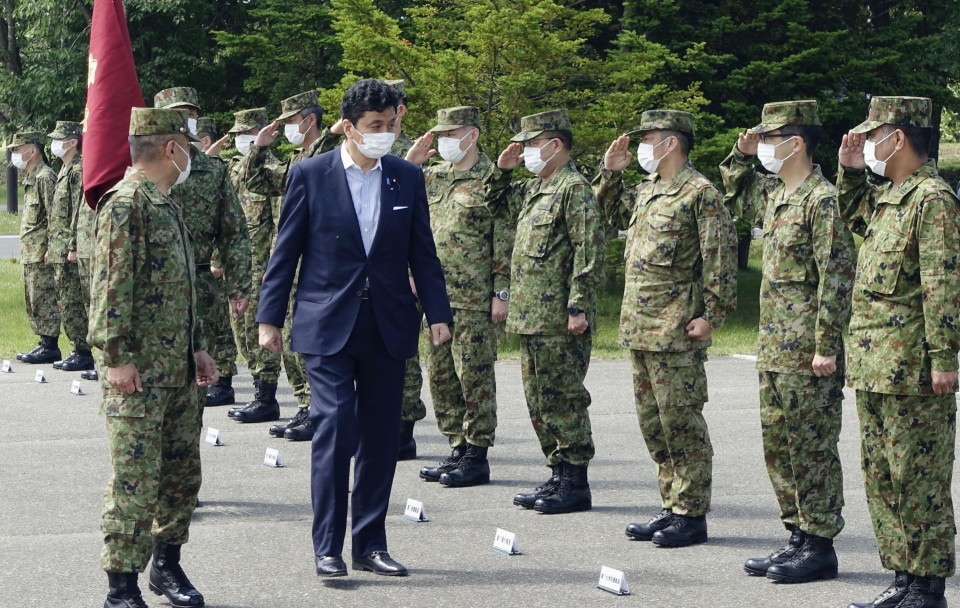 Kishi is the first sitting defense minister confirmed to have paid a visit to the Shinto shrine in central Tokyo since Tomomi Inada went in December 2016. He told reporters he "paid tribute to those who gave their lives fighting for our country" and pledged to "renounce war and protect the lives and peaceful livelihood of the Japanese people."

Suga has not said whether he will visit Yasukuni in person to mark the anniversary, with no sitting prime minister having gone since Shinzo Abe in December 2013. That trip was met with outrage in China and South Korea, with the United States also saying it was "disappointed" by the move. 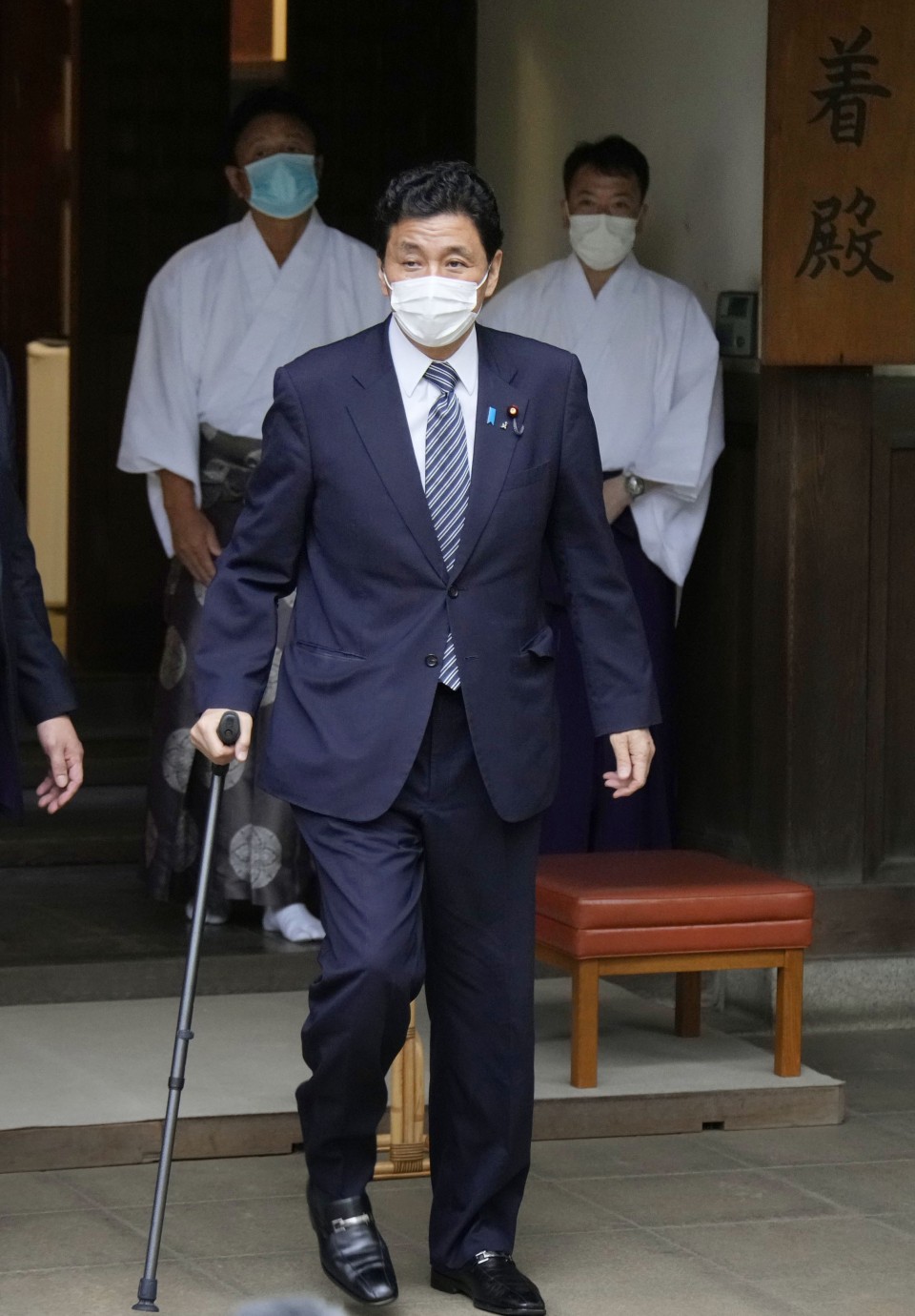 Both Kishi, who is the younger brother of Abe, and Nishimura said they made offerings, paid for out of their own pocket, as members of the House of Representatives.

"I prayed for those who passed away in the war to rest in peace. Japan's prosperity was built on their sacrifice," Nishimura told reporters. "I vowed to continue pushing Japan forward on its postwar path as a pacifist state, and to never allow the horrors of war to come upon us again."

Lee said the shrine "glorifies Japan's past colonial rule and war of aggression, and enshrines war criminals," adding that Kishi's visit would "damage trust" between the two countries, according to the ministry.

The official asked Japanese leaders to demonstrate through action their reflection on Japan's past history.

Also Friday, China urged Japanese political leaders to change what it calls their "wrong attitude" toward Yasukuni, saying it enshrines "Class-A war criminals who were directly responsible" for Japan's war of aggression.

Japan should "take concrete actions to win the trust of its Asian neighbors and the international community," the Chinese Foreign Ministry told Kyodo News.

Abe was still prime minister at the date of last year's anniversary and four of his Cabinet ministers visited the shrine, including Environment Minister Shinjiro Koizumi and education minister Koichi Hagiuda. 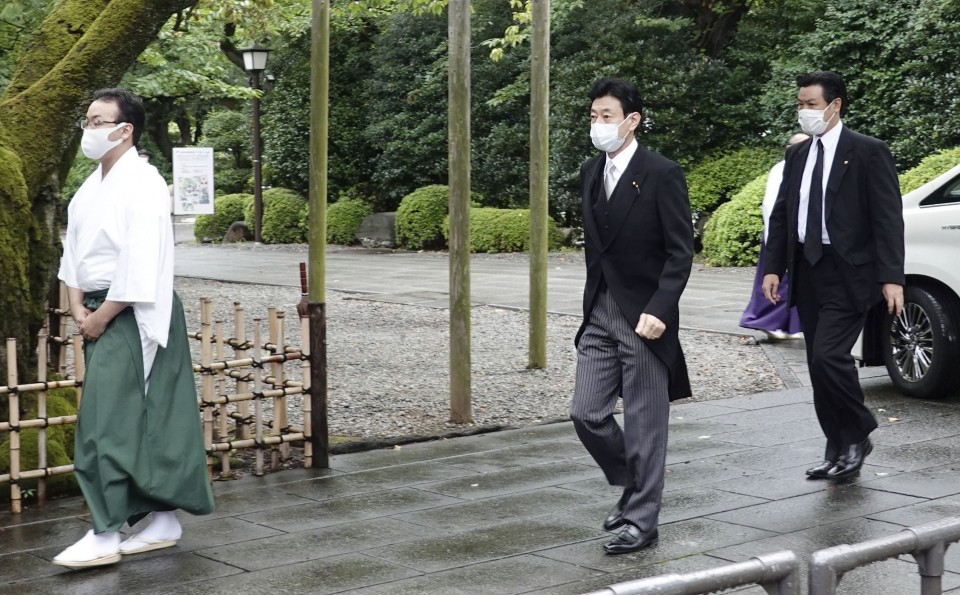 Japanese economic revitalization minister Yasutoshi Nishimura (C) heads to Tokyo's Yasukuni shrine, seen by China and South Korea as a symbol of Japan's past militarism, on Aug. 13, 2021. Nishimura visited the Shinto shrine, which honors convicted war criminals along with more than 2.4 million war dead, two days ahead of the 76th anniversary of Japan's surrender in World War II. (Kyodo) ==Kyodo

Chief Cabinet Secretary Katsunobu Kato said Tuesday both he and Suga will "make an appropriate decision" on whether to visit this year.

No Cabinet members went to the shrine during its biannual festivals last October or in April after Suga took office in September last year.

The visit by Nishimura, who is charged with leading the country's response to the coronavirus, came amid a surge in COVID-19 cases across Japan. The nationwide tally of daily cases topped 20,000 on Friday, logging a record figure for the third straight day.

Tokyo, currently under its fourth state of emergency over the pandemic and having just finished hosting the Olympics with the Paralympics coming later this month, reported a record 5,773 new cases on Friday.

Established in 1869 to commemorate those who died in wars for Japan, Yasukuni in 1978 added wartime Prime Minister Gen. Hideki Tojo and other convicted war criminals to the war dead enshrined there.