Sena Irie won her country's first women's boxing medal and then said she plans to call it quits, her win over world champion Nesthy Petecio of the Philippines at the Tokyo Games on Tuesday allowing the Japanese the opportunity to finish on the highest of highs.

"I want to end my career with success, so I will retire after graduation from college." said Irie, a student at Nippon Sport Science University.

Irie's unanimous victory at Kokugikan Arena was also the inaugural gold in the newly added women's 54 to 57-kilogram division, another first for the 20-year-old from Tokyo. 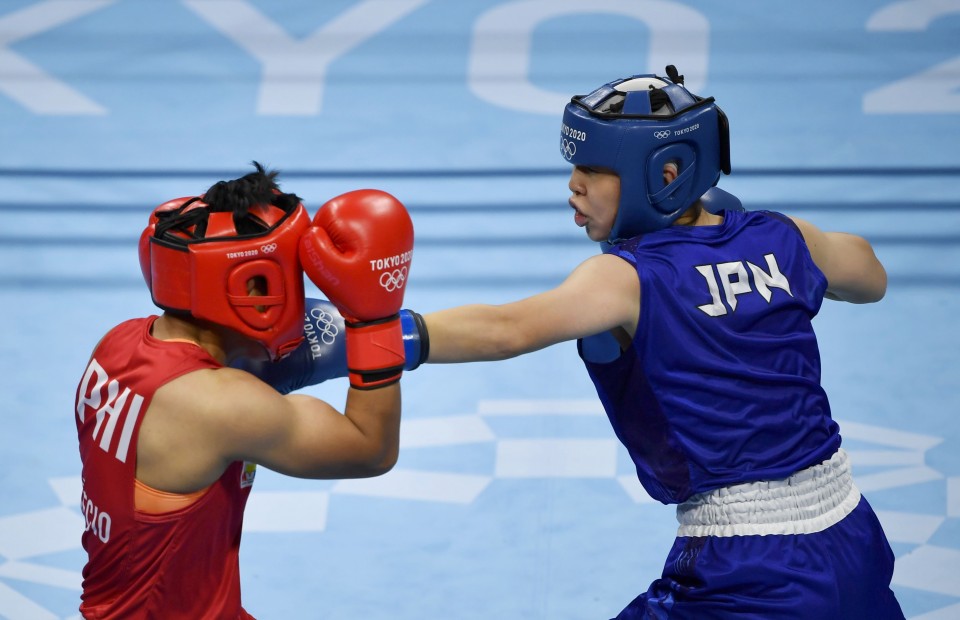 Japan's Sena Irie (blue) and Nesthy Petecio of the Philippines fight in the women's boxing featherweight final of the Tokyo Olympics on Aug. 3, 2021, at Kokugikan Arena. (Kyodo)

"By winning this medal, I hope the media gives more coverage to women's boxing and the sport expands," said Irie, adding she also hopes it changes the perception of women in the sport.

"People may think women who box are violent and have a rough temper, but I think I proved today that is not the case. I think I was able to show Japanese women that if we keep putting the work in, we can achieve something."

On Tuesday, she put in her work early and it paid off in the end.

The Japanese got off to a fast start, her left jab landing often and effectively. The judges read it that way, too, handing her the first round unanimously 10-9.

Petecio worked her way into the bout in the second, upping the pace and rushing forward but Irie responded and finished the round with a sweet right that landed flush.

"My opponent's punches were very strong, so it was important to stay aggressive," said Irie. "I could land many jabs in the first round. That was the best of me today."

One judge gave the second round to Irie, but the rest went for the Filipino, meaning the Japanese had to convince just two of four judges in the last.

The third was a messy affair, both fighters frantic in their pursuit of the inaugural Olympic title in the division and it was Irie who ended the stronger, convincing all the judges she deserved the crown.

The gold medal is third ever in the Olympics for Japanese boxers, the previous two coming in men's events.

Takao Sakurai won the bantamweight title at the 1964 Tokyo Games and Ryota Murata took the middleweight crown in London in 2012.

Earlier Tuesday, Ryomei Tanaka guaranteed himself a medal in the men's 48 to 52-kg flyweight category when he scored a quarterfinal win over Colombian Yuberjen Herney Martinez Rivas.

The 27-year-old Tanaka defeated Martinez Rivas on a split decision, winning 4-1 to set up a meeting with Carlo Paalam of the Philippines in the semifinals on Thursday.

Tanaka has earned at least a bronze medal on his Olympic debut as both semifinal losers are awarded the medal. Kiyoshi Tanabe was the last Japanese man to win an Olympic flyweight medal, taking bronze at the 1960 Rome Games.

Tanaka's win means Japan is guaranteed to win at least three medals in the men's and women's boxing competitions in Tokyo, the most ever by the country at an Olympics. 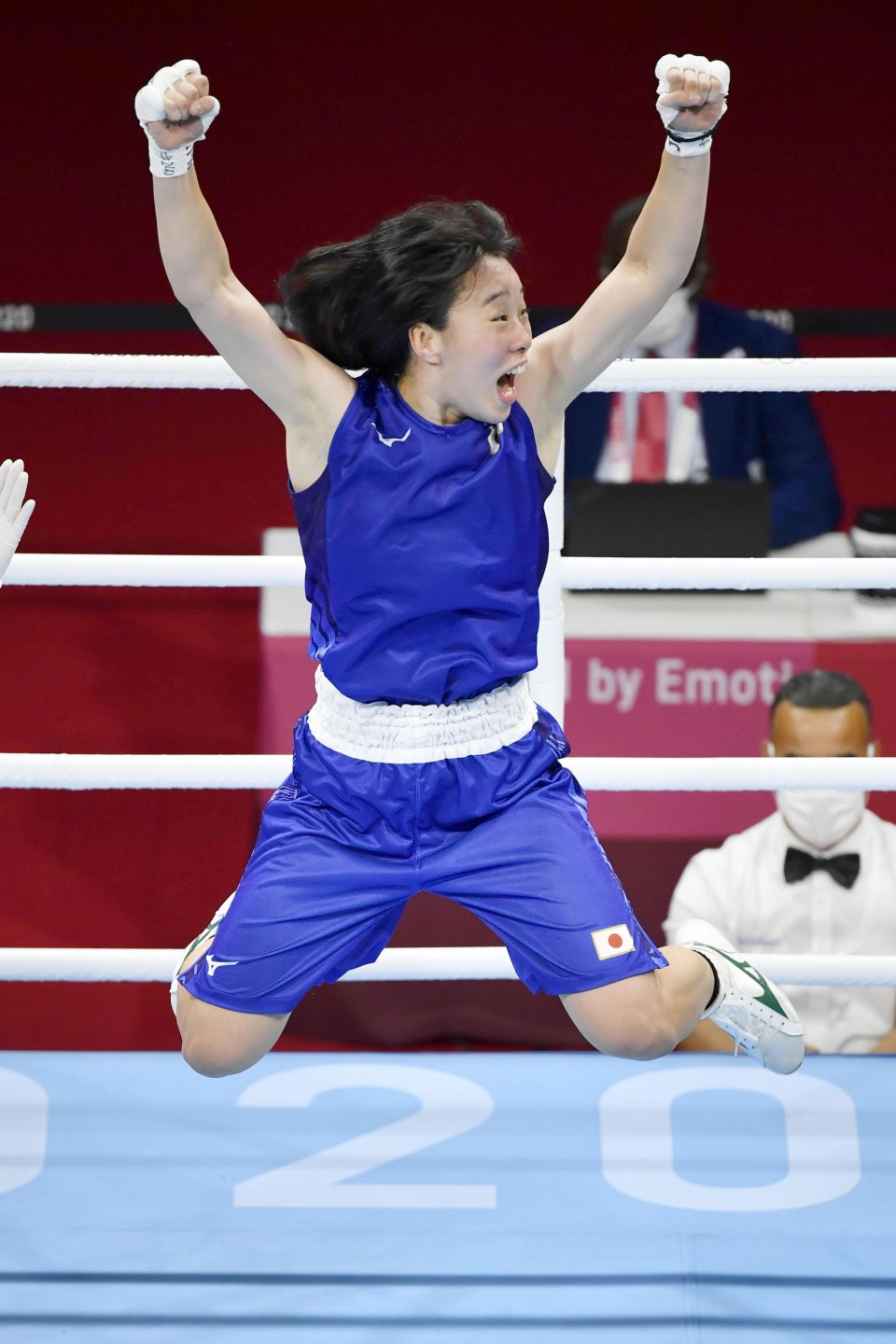 Sena Irie of Japan reacts after winning the women's featherweight boxing final of the Tokyo Olympics against Nesthy Petecio of the Philippines on Aug. 3, 2021, at Kokugikan Arena. (Kyodo) ==Kyodo