Prime Minister Yoshihide Suga said Monday he regrets the defeat of his close ally in the previous day's Yokohama mayoral election, a result that points to public frustration at his government's response to the coronavirus pandemic.

But Suga also said he will continue to lead the efforts to contain the virus, reiterating his intention to seek reelection as president of the Liberal Democratic Party, as the ruling party is preparing for its leadership election, possibly in late September. 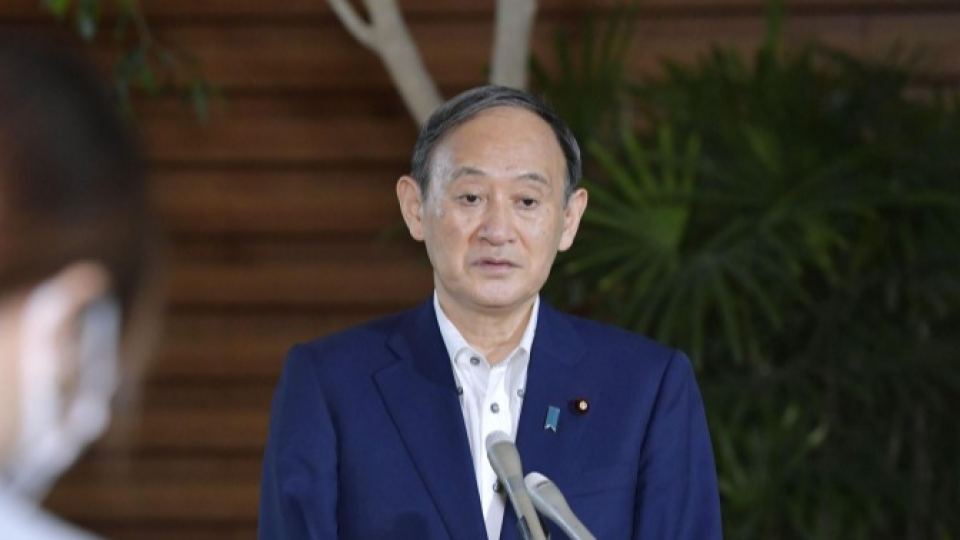 Prime Minister Yoshihide Suga speaks to reporters at his office in Tokyo on Aug. 23, 2021. (Kyodo)

In the Yokohama election, Suga backed Hachiro Okonogi, a former public safety chief who got support from some LDP members, only to see his defeat against opposition-backed Takeharu Yamanaka.

"It is very regrettable. The people made their decision, and I would like to humbly accept the outcome," Suga told reporters while adding, "There is no change in my view that it is natural that I run in the (LDP presidential) election when the time comes."

The LDP is planning to hold the election on Sept. 29, with campaigning starting on Sept. 17, party sources have said. It will finalize the schedule on Thursday.

The focus is on former Foreign Minister Fumio Kishida and former Defense Minister Shigeru Ishiba, both of whom contested last year's leadership race against Suga.

Kishida will decide soon whether to run, sources close to him said. Meanwhile, Ishiba has been keeping mum about the subject.

Asked about the possibility of his government's coronavirus response affecting the local election results, Suga only said, "What's most important is to do my all in preventing the rapid spread of the infections and help restore the normal life we had."

Suga's term as LDP president expires on Sept. 30, and the party is expected to hold a presidential election the same month.

A general election is also looming as the term of the House of Representatives members runs out on Oct. 21.