Yuto Horigome won the Olympics' first skateboarding gold medal on Sunday, the 22-year-old Japanese scoring 37.18 points in the men's street final to write his name in the history books. 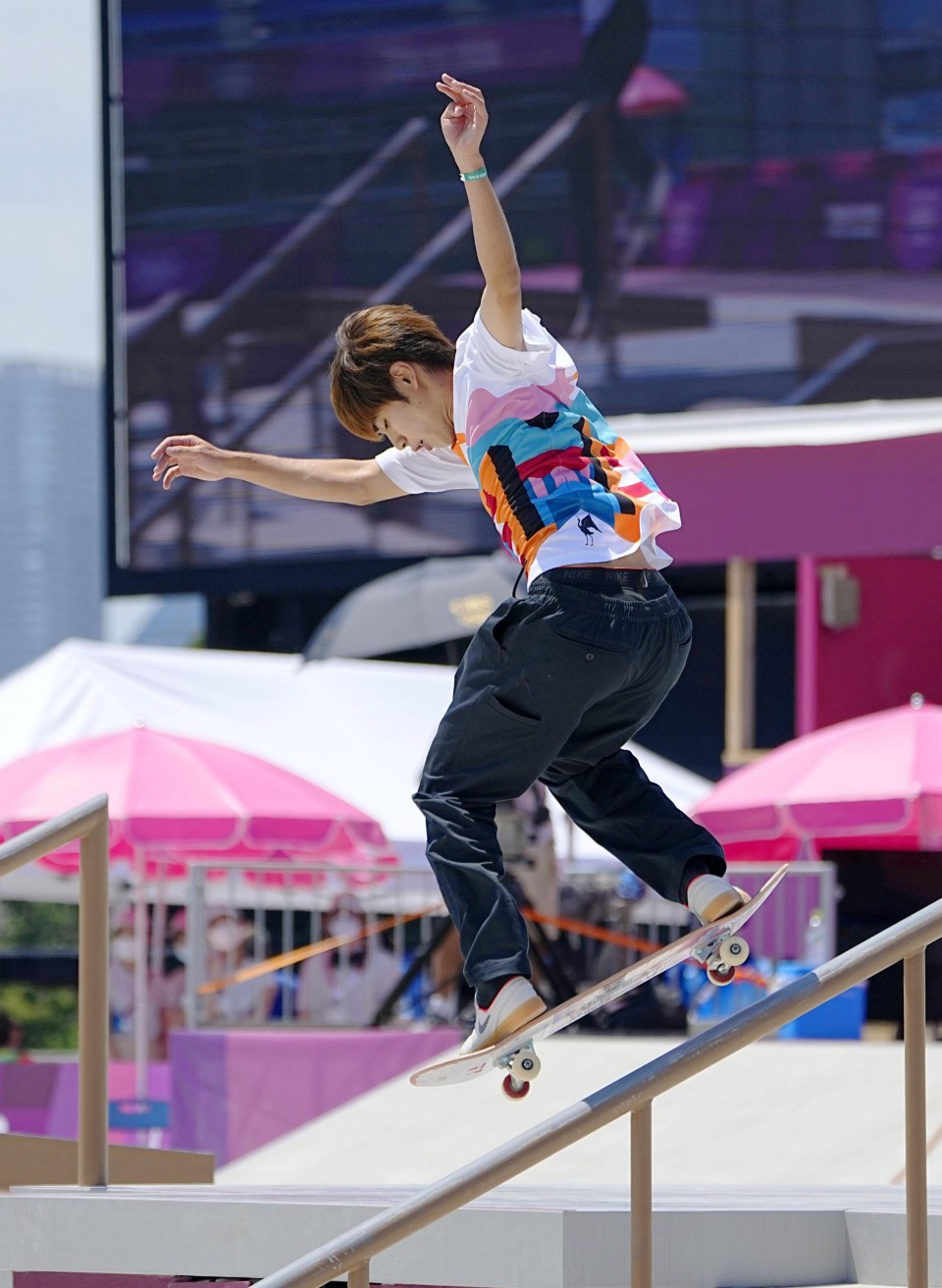 "Everyone in the final, they're world-level pro skaters. So I thought I have to be aggressive and do everything I can," Horigome said.

The Los Angeles-based Horigome displayed a number of trick variations as he peppered the rail when the heat was on, his trademark clean, consistent, style, especially on a 9.50-point nollie backside 270 tailslide, separating him from the field.

"I grew more anxious because I couldn't land (tricks in my runs), but I didn't give up and I'm glad I could turn it around in the end in the best trick (section)," the gold medalist said.

Brazilian Kelvin Hoefler won silver when his last trick, a 9.34-point effort, proved enough to give him 36.15 points overall, moving him past bronze medalist American Jagger Eaton who slammed on his final two attempts.

After a promising 9.11-point second run, superstar and gold medal favorite Nyjah Huston was unable to put together the tricks he needed and finished seventh after taking several heavy tumbles.

Although clearly frustrated, Huston was among the first to embrace Horigome when it was clear the gold was his. Before the games, the American had identified Horigome's consistency and flow as making him a major threat for medals.

After a muted performance in the heats, it all could have turned out very differently for Horigome. He finished the preliminaries ranked just sixth, three spots off disaster. It was a fate that befell his teammate Sora Shirai, his 31.52 total leaving him one place outside the top eight qualifiers.

The other Japanese in the field, Yukito Aoki had heat runs of 5.32 and 5.69 and then fell on four of his five single trick attempts, leaving him in 17th. 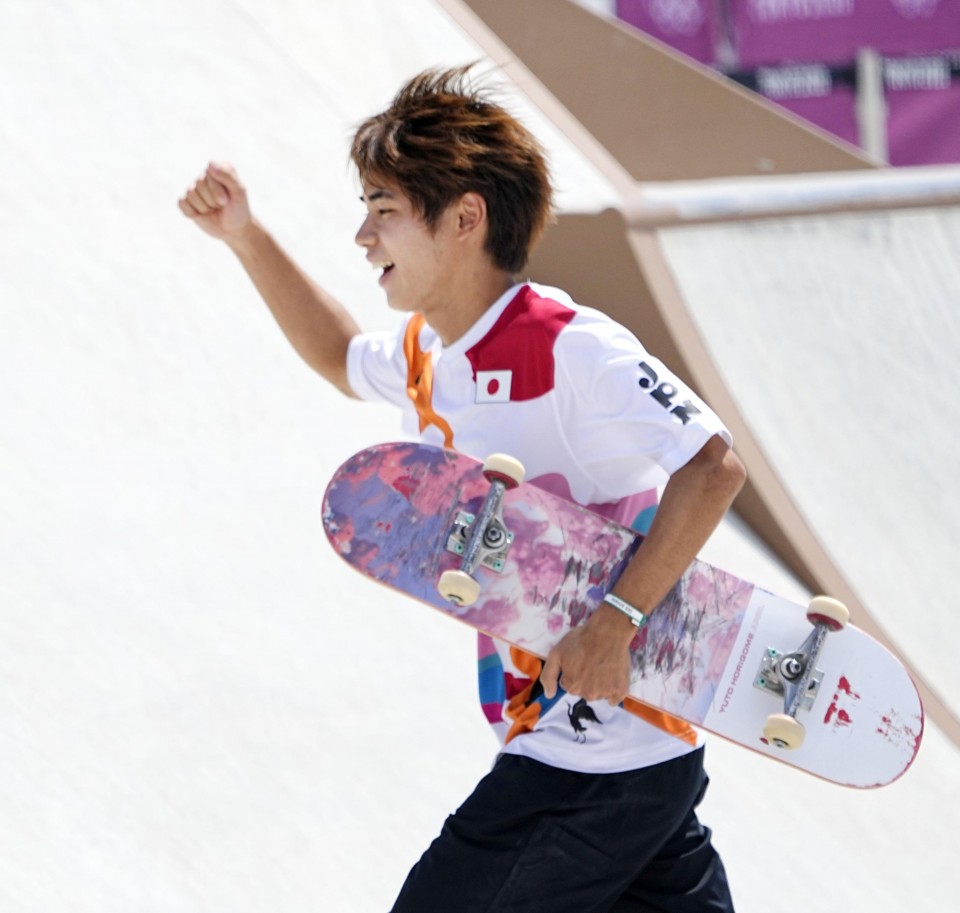 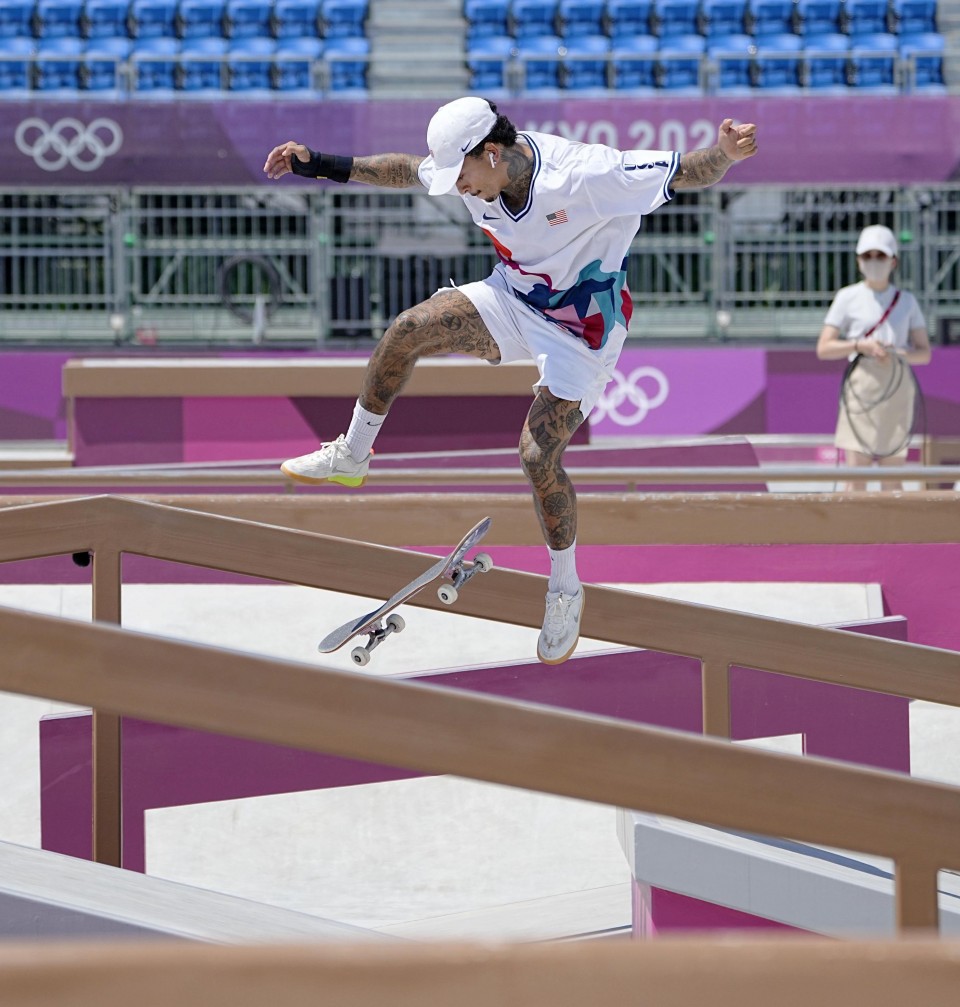 Nyjah Huston of the United States competes in the preliminary round of the Tokyo Olympic men's street skateboarding on July 25, 2021, at Ariake Urban Sports Park. (Kyodo) ==Kyodo 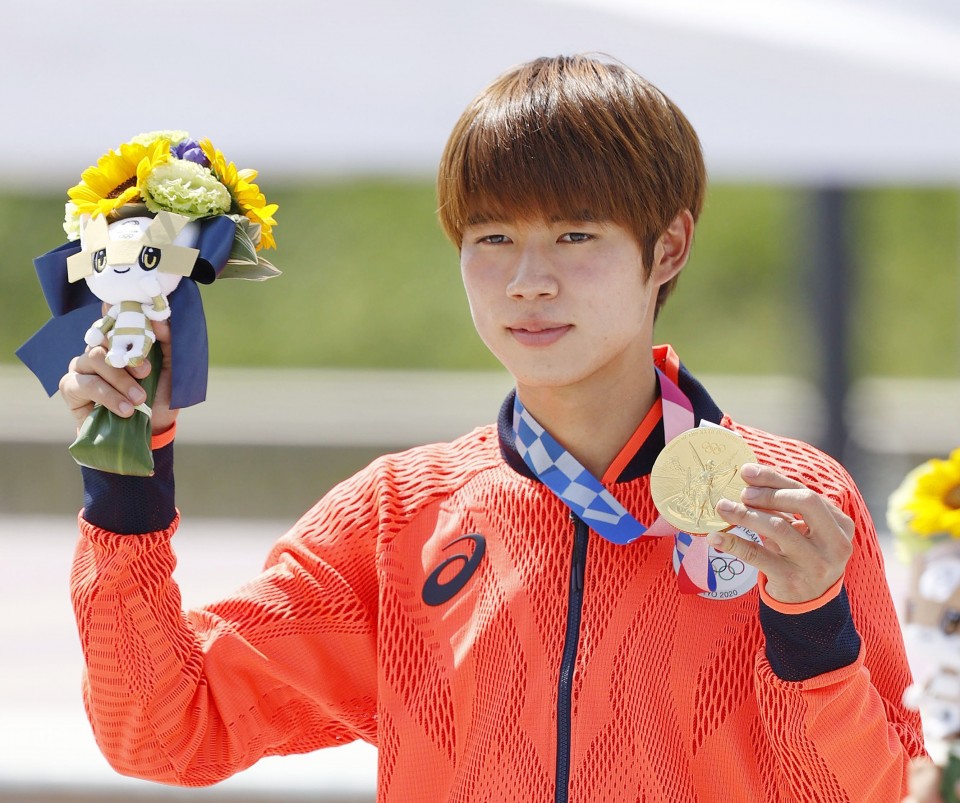 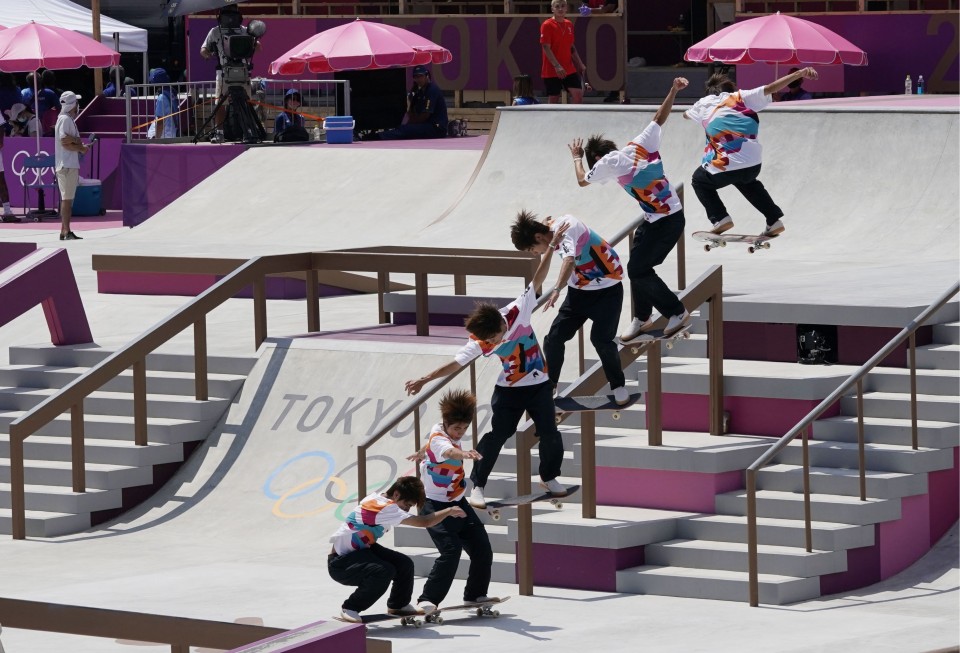