Olympics: Nishikori confident Osaka can bounce back after shock exit

Japan's Kei Nishikori said compatriot and world No. 2 Naomi Osaka will only grow stronger from the experience of having her Tokyo Olympics prematurely ended by Czech Marketa Vondrousova in the women's tennis third round.

Nishikori, who overcame Marcos Giron of the United States in the men's second round in three sets on Tuesday evening, said the pressure weighed heavily on him when he made his Olympic debut at the 2008 Beijing Games, and he had nothing like the responsibility and profile Osaka carried as the opening ceremony cauldron-lighter. 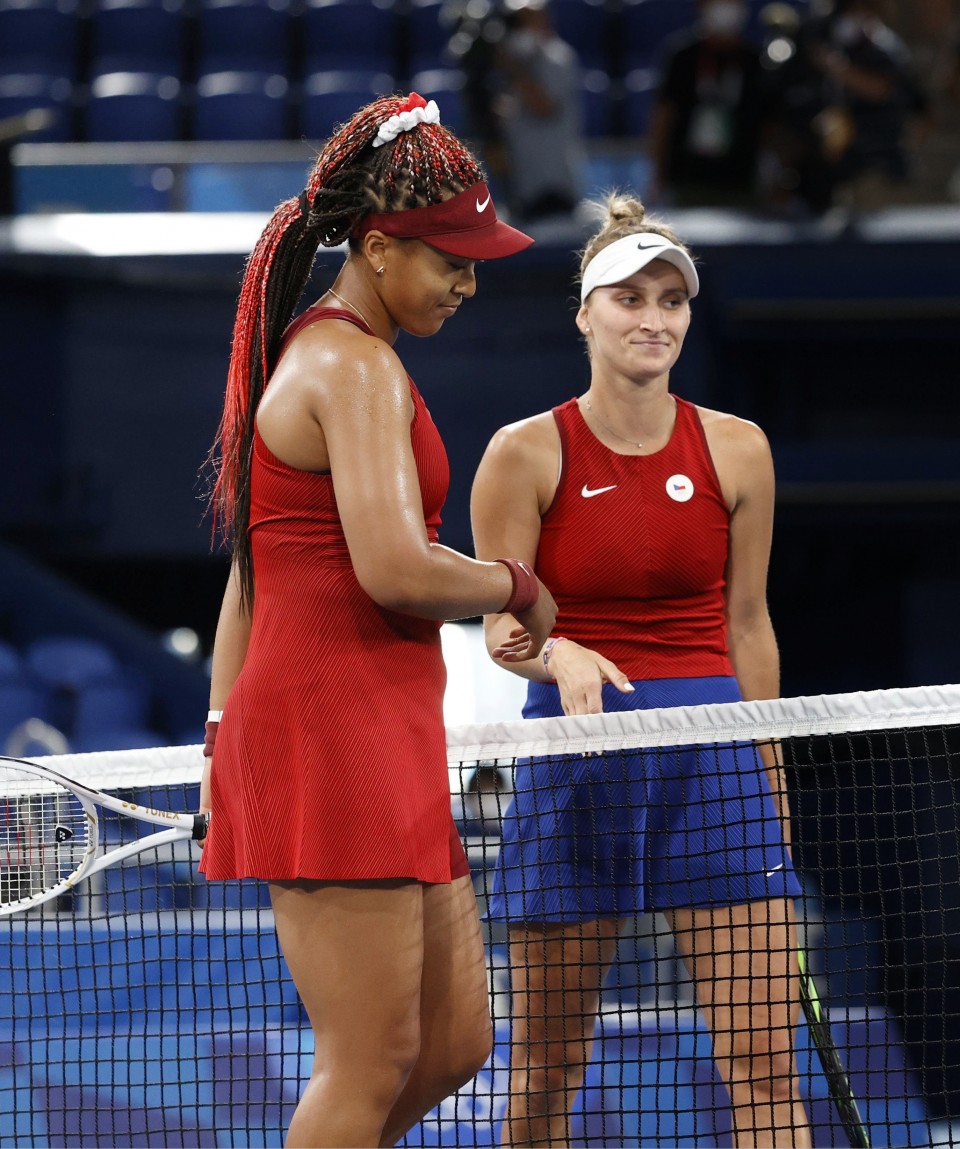 Marketa Vondrousova (R) of the Czech Republic is pictured after upsetting Japan's Naomi Osaka in the third round of the Tokyo Olympic women's singles tournament at Ariake Tennis Park on July 27, 2021. (Kyodo) ==Kyodo

"Now I don't feel any of it," said Nishikori on the pressure. "It faded from the second games in London. But you think about lots of things when it's the first time, and that sense of the games being once in four years pour down on you, no matter what."

Nishikori went out in the first round in 2008, reached the last eight in 2012 before winning the bronze medal at the 2016 Rio de Janeiro Games.

"Once you reach the top spots of the rankings and start winning slams, you're going to experience a different kind of expectation and pressure from yourself and from people around," he said on Monday.

"Just being a grand slam champion and being No. 1 in the world carries a lot of weight. So particularly for Osaka playing at home...But her being the only tennis player male or female to light the Olympic torch at the opening ceremony was really nice to see, that there's a lot of attention to tennis as a sport at these Olympic Games."

Citing his and Osaka's struggle at their first Olympics, Nishikori could barely believe the story of 13-year-old street skateboarding champion Momiji Nishiya, saying he was able to be a fanboy of hers and take photos with her at the athletes' village.

"Thinking about it (the pressure), that 13-year-old girl dealt with is amazing, to be so young yet have such a superb mentality," he said. "I saw her with her medal and was stunned that such a cute little girl had won it."

Now the only Japanese left with the chance of winning a singles medal, Nishikori said he is "really enjoying the occasion," one he has dreamed of since he was a boy. But the humid weather will be the main obstacle as he juggles both the singles and doubles tournaments.

"I'll message her on whatsapp," Nishikori said when asked if he will reach out to Osaka. "I just need to focus on what I have to do on the court, (although it is) very sad of course that Naomi lost. I am surprised."

"The Olympics is a tough tournament in its own right, but it's still one competition and (Naomi and I will) look to give our best again after it too." 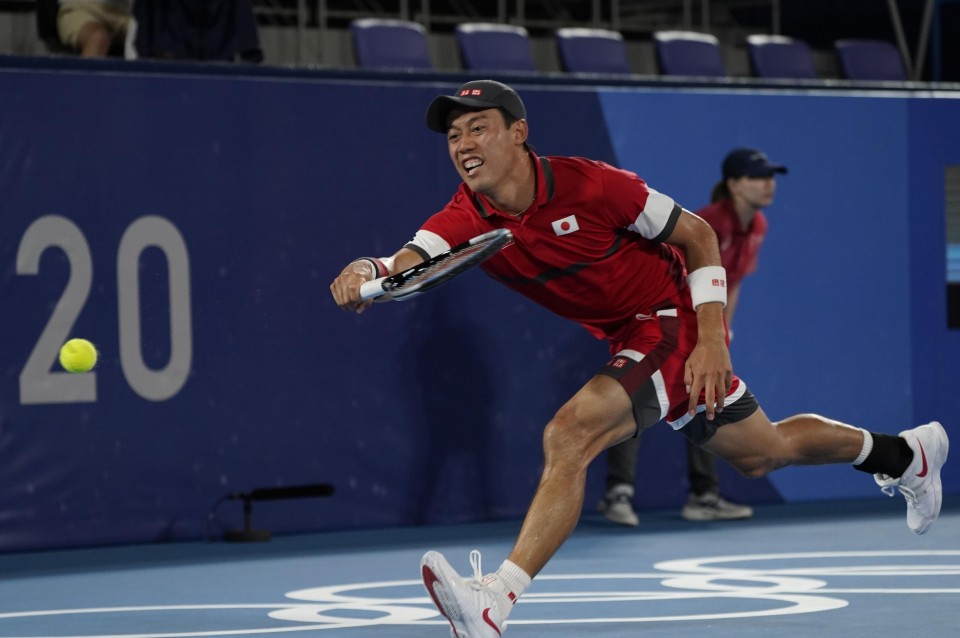 Kei Nishikori of Japan plays against Marcos Giron of the United States in the Tokyo Olympic men's singles second round at Ariake Tennis Park on July 27, 2021. (Kyodo) ==Kyodo