Japan swept Thursday's judo events at the Tokyo Olympics, with Shori Hamada winning a gold medal in the women's under 78-kilogram event and Aaron Wolf claiming the men's under 100-kg title at Nippon Budokan.

Mai Murakami posted the best finish by a Japanese woman in the Olympic individual all-around gymnastics when she finished fifth on Thursday behind Tokyo Games gold medalist Sunisa Lee of the United States.

Local hope Kei Nishikori bowed out of the Tokyo Olympic tennis tournament Thursday with a 6-2, 6-0 loss to world No. 1 Novak Djokovic in the men's singles quarterfinals. 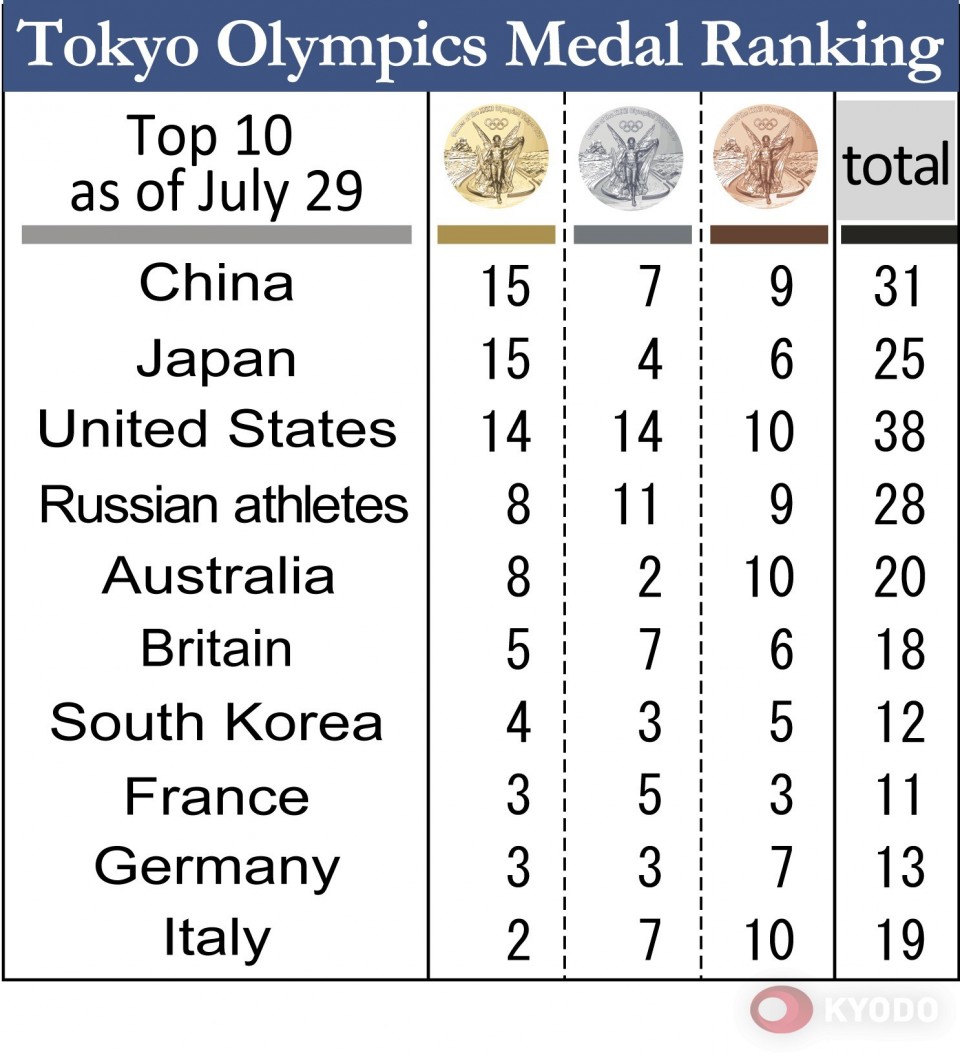 Japan's daily total of COVID-19 cases topped 10,000 for the first time on Thursday, with Tokyo experiencing surging infections, casting a pall over the Olympics. 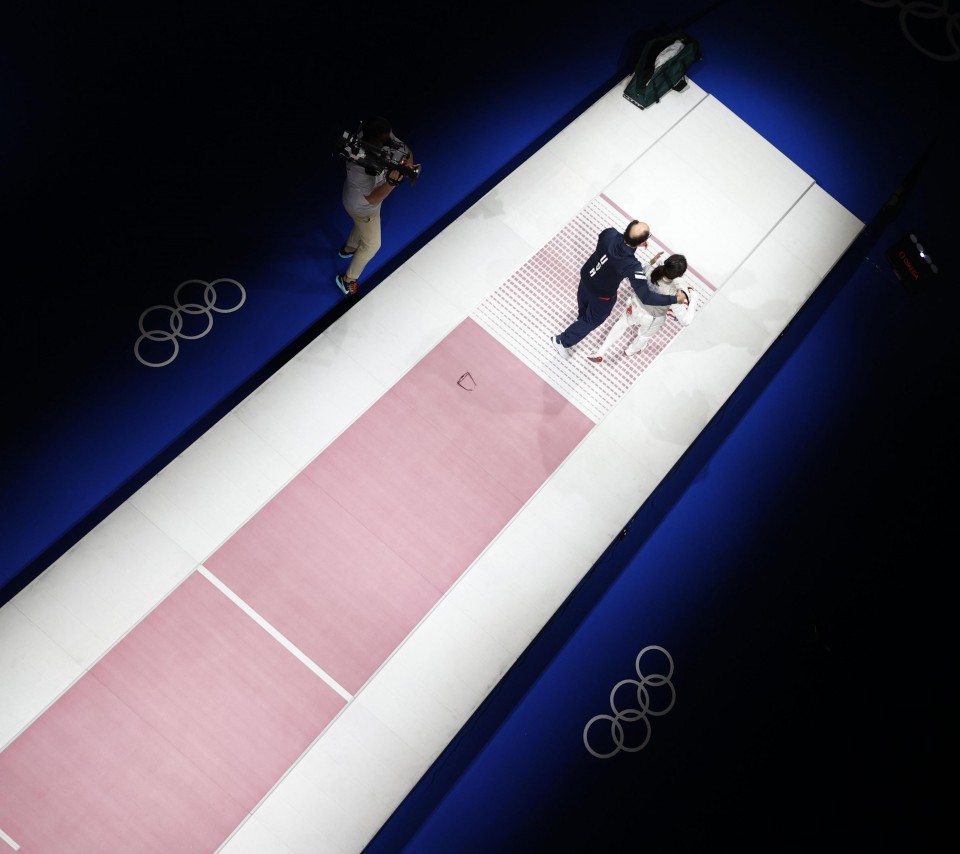 U.S. fencer Lee Kiefer (R) is pictured with her coach after winning the women's foil individual gold medal bout of the Tokyo Olympics on July 25, 2021, at Makuhari Messe Hall in Chiba, near Tokyo. (Kyodo) ==Kyodo 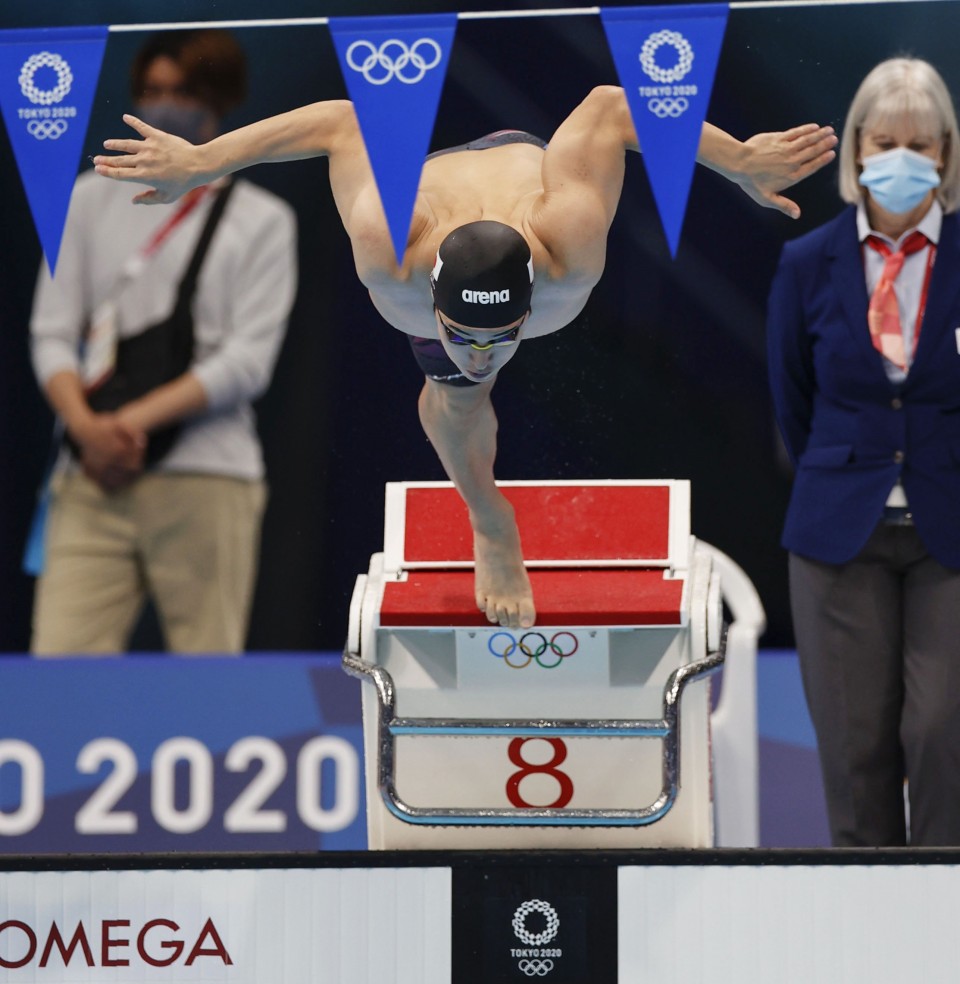 Daiya Seto of Japan dives off the starting block in his 200-meter individual medley semifinal race at the Tokyo Olympics on July 29, 2021, at Tokyo Aquatics Centre. (Kyodo) ==Kyodo 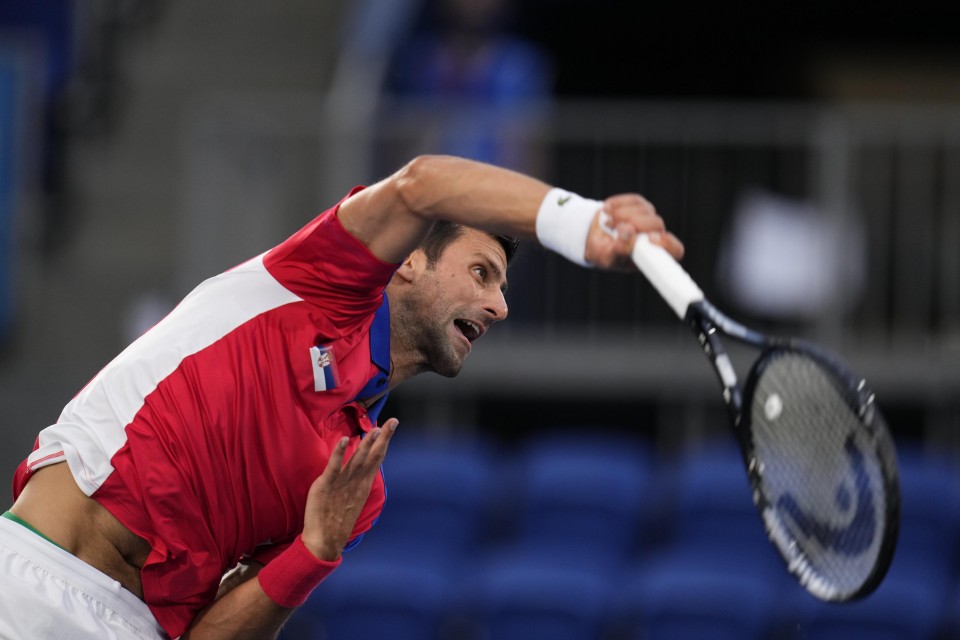 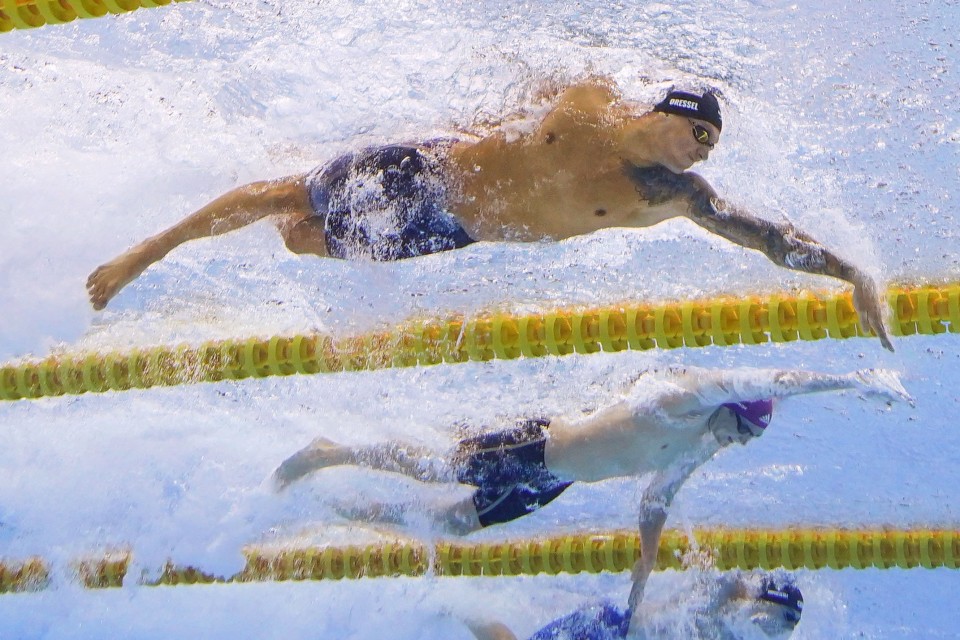 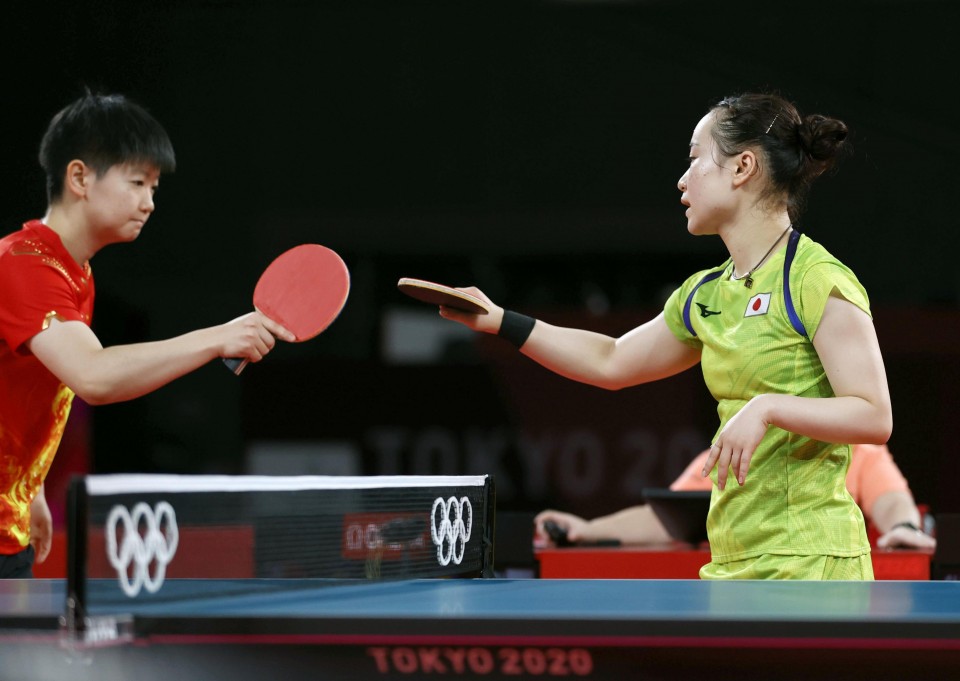 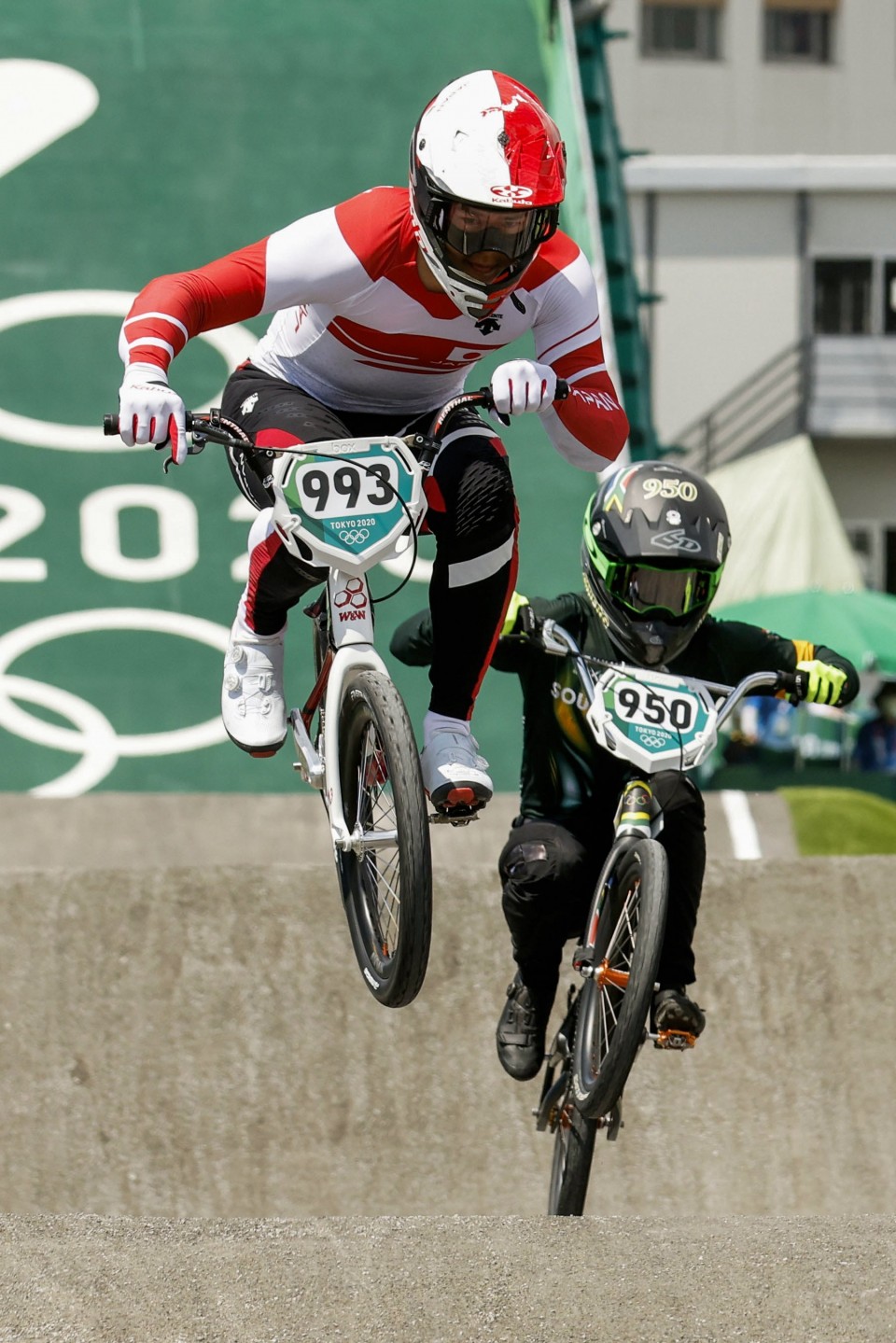 Yoshitaku Nagasako (993) of Japan and Alex Limberg of South Africa compete in the quarterfinals of the men's cycling BMX racing at Ariake Urban Sports Park on July 29, 2021. (Kyodo) ==Kyodo 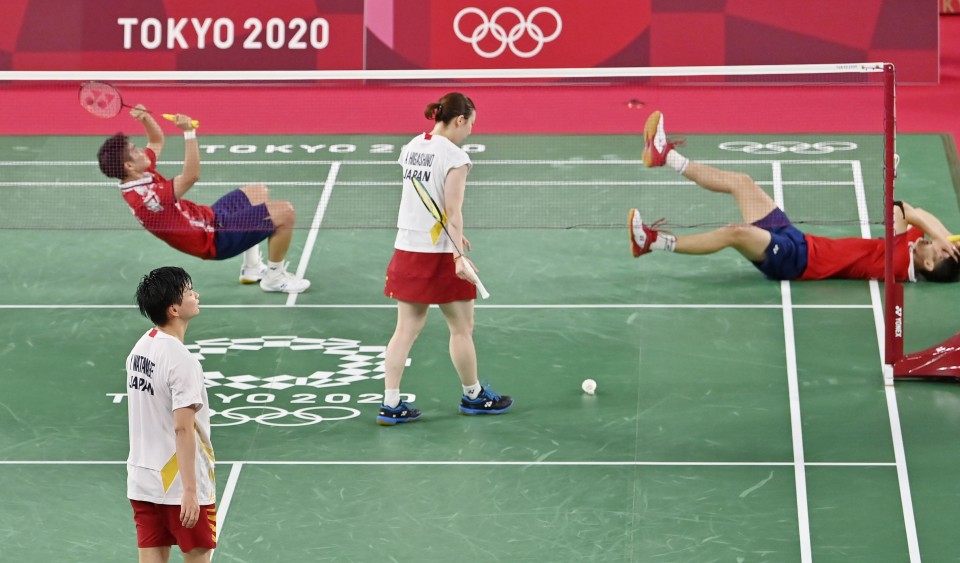 Yuta Watanabe (bottom L) and Arisa Higashino (C) of Japan look dejected after losing to Wang Yilyu and Huang Dongping of China in the semifinals of the Tokyo Olympic badminton mixed doubles on July 29, 2021, at Musashino Forest Sport Plaza. (Kyodo) 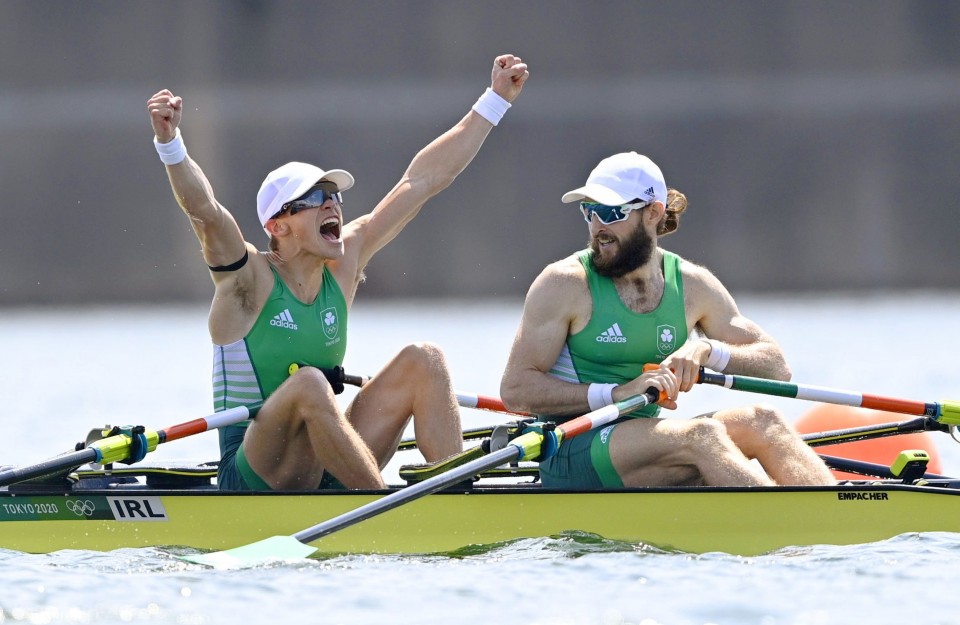 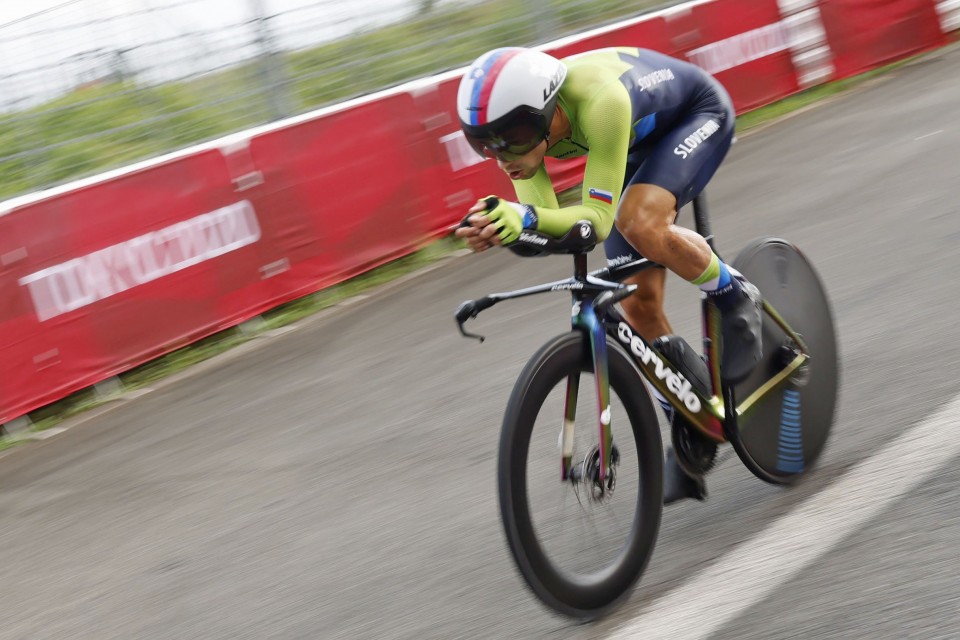 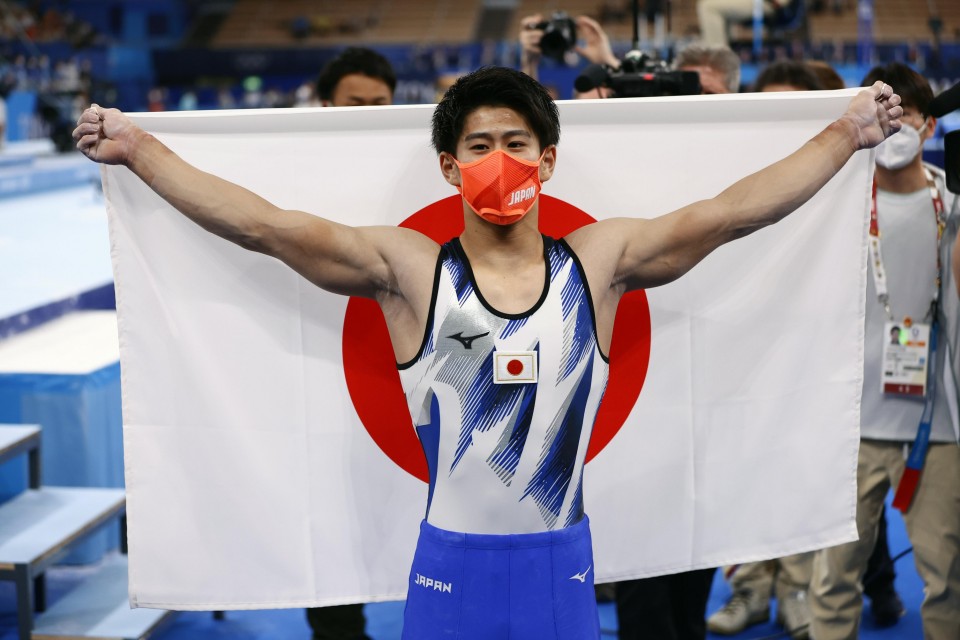 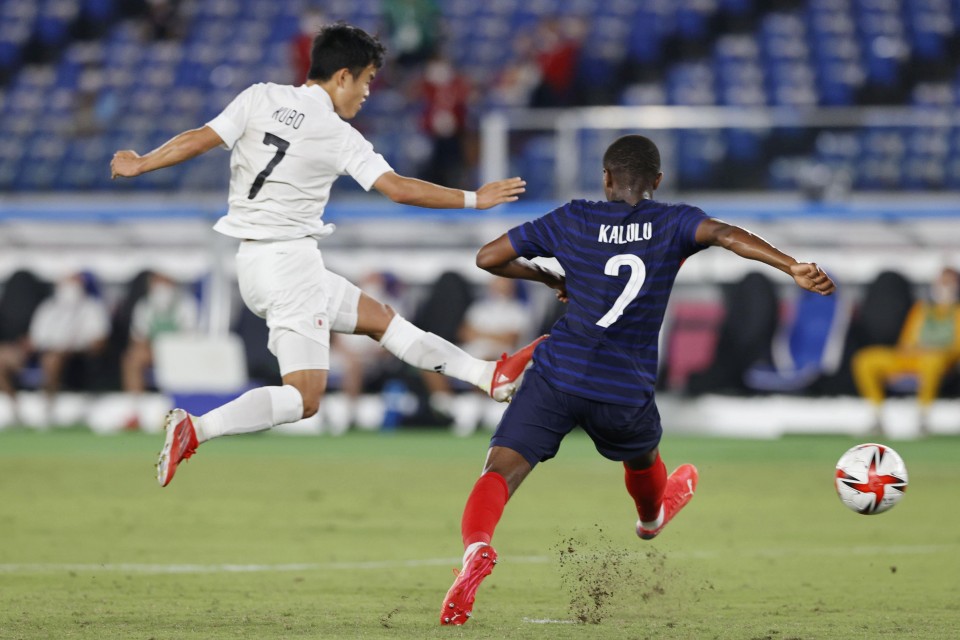 Japan's Takefusa Kubo (L) opens the scoring during the first half of a Tokyo Olympic men's football Group A match against France on July 28, 2021, at International Stadium Yokohama near the capital. (Kyodo) ==Kyodo 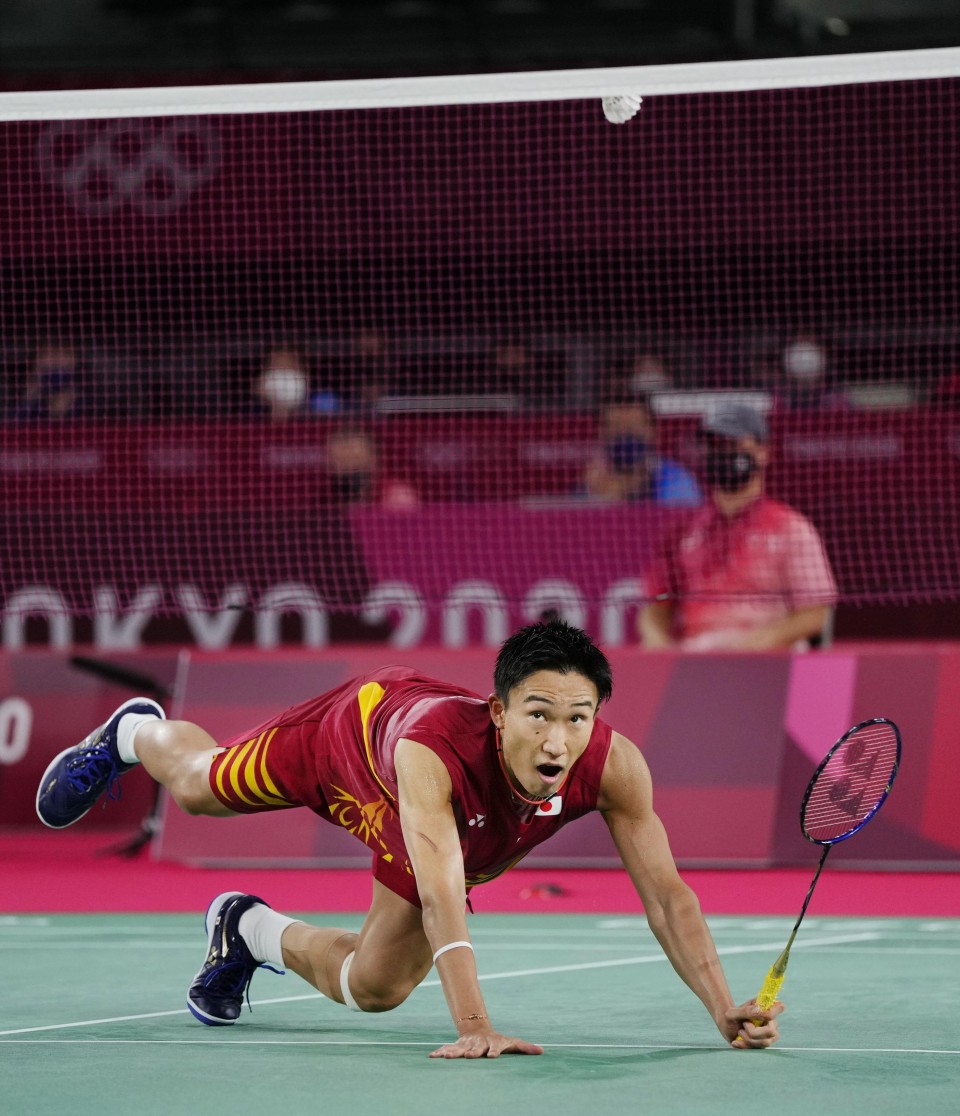 Kento Momota of Japan plays against South Korea's Heo Kwang Hee during his badminton singles group-stage match at the Tokyo Olympics on July 28, 2021, at Musashino Forest Sport Plaza in the capital. (Kyodo) ==Kyodo 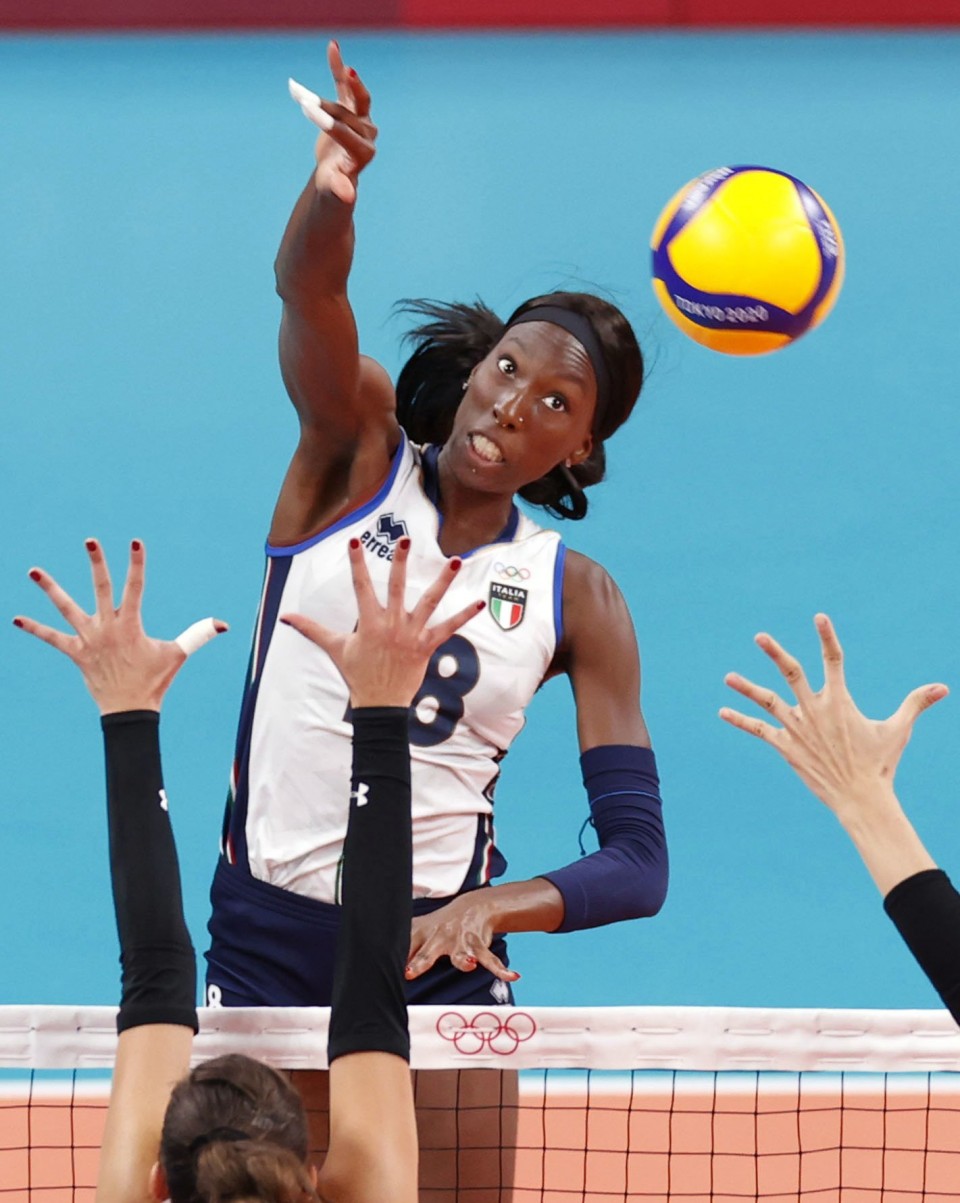 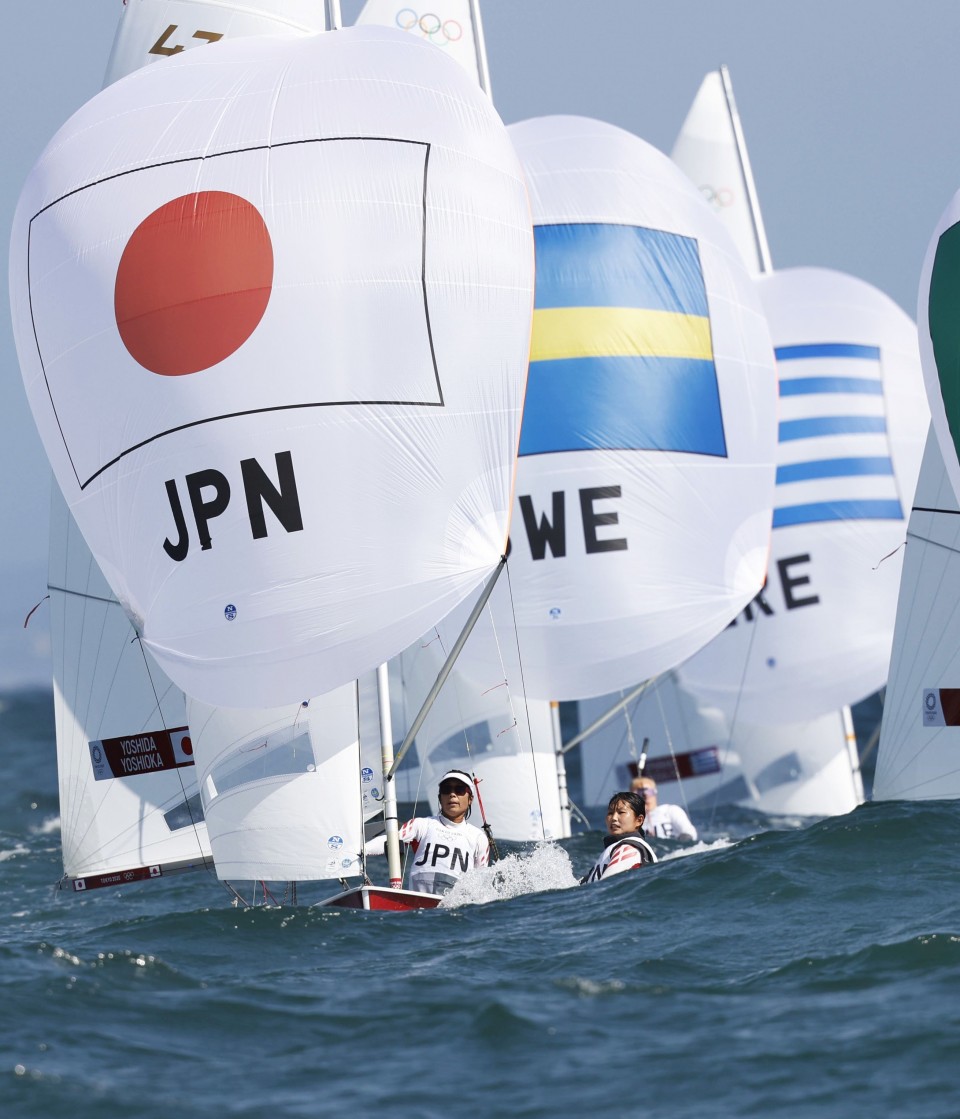