Brisbane was confirmed as host of the 2032 Summer Olympics and Paralympics on Wednesday after International Olympic Committee members voted for the Australian city during its annual session.

It will be the third Australian city to hold the games after Melbourne in 1956 and Sydney in 2000.

With no competing bids, IOC chief Thomas Bach announced the outcome of the vote to only the expectant faces of Brisbane's representatives. 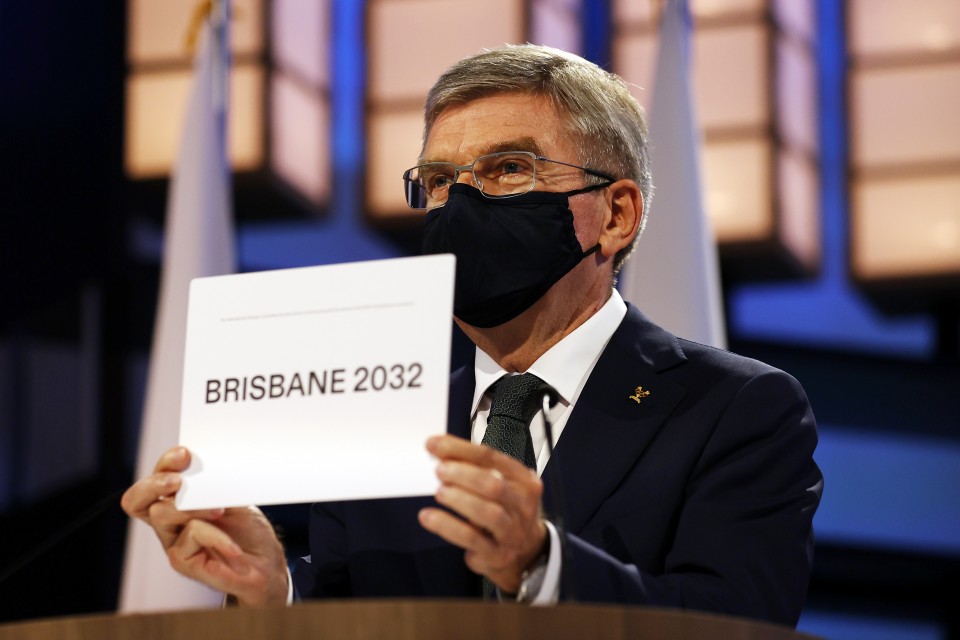 "The International Olympic Committee has the honor to announce that the games of the 35th Olympiad are awarded to Brisbane, Australia," Bach said.

The city's bid was approved by a clear majority with 72 of the 80 voters supporting, with five voting against and three abstaining.

When asked at a press conference what he thinks got Brisbane's bid over the line, Bach said Brisbane's sporting heart proved a factor.

"I think it is, first of all, this passion and love for sport which the Aussies really demonstrate. You could feel this during the whole presentation and I could feel this already before during my visit a couple of years ago."

"I believe Brisbane 2032 would deliver the 'together games.' Faster, higher, stronger, together. Modernity and 136-year-old ideals, together. Fun, excitement and safety, together," he said.

The state capital of Queensland, Brisbane hosted the Commonwealth Games in 1982, and the nearby Gold Coast hosted the same event in 2018.

The games will open on July 23, 2032, a time that is winter in the Southern Hemisphere.

"My heartfelt congratulations go to the people of Brisbane and Australia," she was quoted as saying.

"I am confident that the Olympic movement will continue to gain momentum as it moves from Tokyo to Paris, from Paris to Los Angeles, and finally on to Brisbane, carrying with it the legacy of the Tokyo 2020 Games."

The IOC's Executive Board unanimously decided to propose Brisbane as the 2032 host in June, fast-tracking the bid in February when the IOC named it the preferred host.

The IOC put an estimated $4.5 billion price tag on the event in a report presented to an Executive Board meeting in June, but significant upgrades and construction of various stadia, including the main venue for athletics and the ceremonies, will be borne by the Queensland government and are not included in the total.

The IOC touted the support offered by three tiers of government -- city, state and federal -- as well as favorable public opinion and a fully privately funded organizational budget when assessing the bid.

Australian Prime Minister Scott Morrison joined the session via video link to speak on behalf of the bid.

"My government is proud to be supporting this opportunity for Brisbane and southeast Queensland," he said.

"The Australian and Queensland governments are fully funding the infrastructure projects to be delivered in preparation for the games."

An IOC feasibility assessment published in February detailed the Brisbane Games' plan to stage events across three main venue hubs -- in the city of Brisbane, Gold Coast 65 kilometers to the southeast, and the Sunshine Coast 85 km to the north.

Four venues used in the 2018 Commonwealth Games will host Olympic events, two in Gold Coast and two in Brisbane.

Queensland Premier Annastacia Palaszczuk and Brisbane Lord Mayor Adrian Schrinner traveled to Tokyo for the announcement, the former receiving criticism at home for traveling abroad when various internal borders in Australia have been closed due to coronavirus outbreaks in major cities.

Palaszczuk said the games will accelerate infrastructure investment and development, pointing to improved transport to enhance the livability of the region. "It is important to note, they are not proposed for the games, but in time for them," she said.

Accounting firm KPMG estimated in June the games will deliver economic and social benefits of AU$8.1 billion for Queensland and AU$17.6 billion for Australia.

The decision was not greeted with unanimous support in the city, however.

Some Brisbane residents expressed concerns about the high cost of hosting the Olympics. There were also expectations that most benefits reaped from holding the games would go to major stakeholders, rather than the wider community.

Young residents, in particular, expressed concerns about the increased investment in infrastructure driving up prices for housing, making the city more unaffordable.

Travis D'Urso, a 25-year-old resident, said, "Brisbane already is in a period of rapid inflation, and the increased investment in infrastructure and property the games will bring feels like it is more likely to accelerate the trend of unaffordability for younger people."