Yuko Takahashi was 18th for the highest finish by a Japanese, and the other athlete from the host nation, Niina Kishimoto, did not finish the race at Odaiba Marine Park. 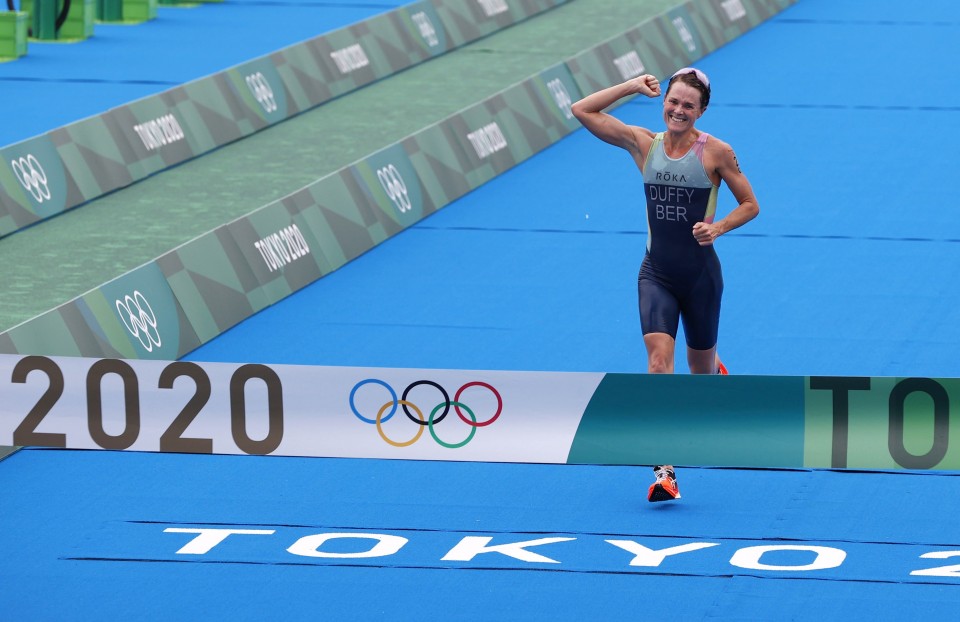 Flora Duffy of Bermuda celebrates as she approaches the finish line to win the women's individual triathlon of the Tokyo Olympics on July 27, 2021, at Odaiba Marine Park. (Kyodo) ==Kyodo

"It feels incredible," the 33-year-old Duffy said. "It makes all the injuries, hard times and the tears completely worth it."

"I am so thrilled I could execute, and yeah, I achieved my dream of winning a gold medal, but also winning Bermuda's first gold medal...It's bigger than me and that's a really cool moment."

The Tokyo Games are Duffy's fourth Olympics. Her previous best finish was an eighth at the Rio de Janeiro Games in 2016.

Twenty four hours after an extraordinary false start in the men's race caused by a camera boat sitting immediately in front of the starting pack, the women's race was also met with delay, this time it got pushed back 15 minutes due to rain and wind linked to the approaching Typhoon Nepartak.

Duffy broke clear on the 40-kilometer bike leg and posted a time of 1 hour, 55 minutes, 36 seconds as she crossed the finish line in the pouring rain. Taylor-Brown, who suffered a puncture on the bike leg, was 1:14 back and Zaferes was a further 1:27 behind.

Duffy is one of two athletes representing the British territory in Tokyo, and thanks to her, Bermuda is now the smallest nation to ever win Olympic gold, according to Gracenote Sports. The World Bank lists Bermuda's population at 63,903 in 2020. 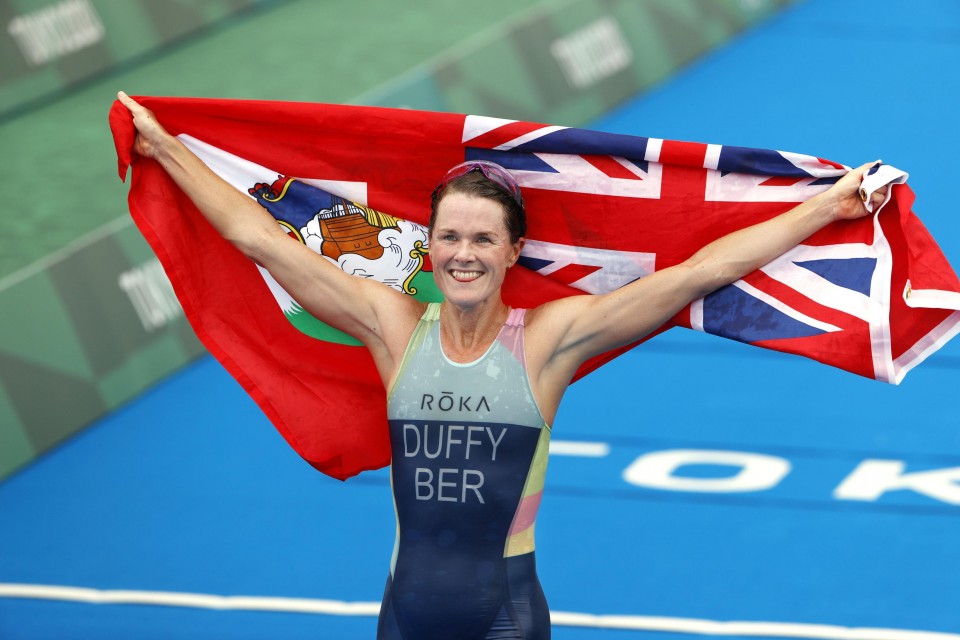 Flora Duffy of Bermuda celebrates after winning the women's individual triathlon of the Tokyo Olympics on July 27, 2021, at Odaiba Marine Park. (Kyodo) ==Kyodo 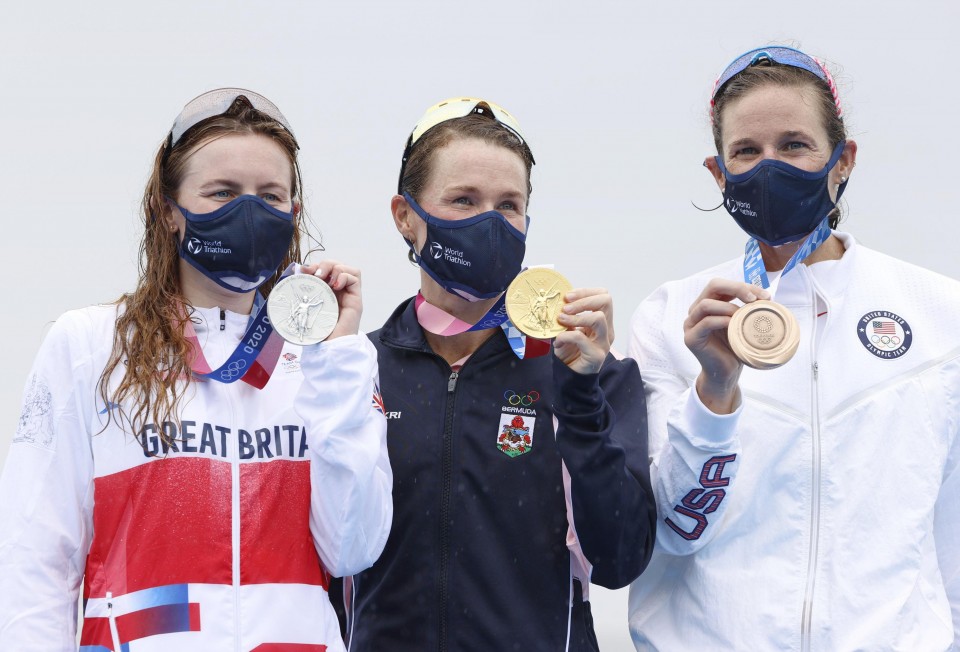 (From L) Silver medalist Georgia Taylor-Brown of Britain, gold medalist Flora Duffy of Bermuda and bronze medalist Katie Zaferes of the United States pose with their medals in the women's individual triathlon at the Tokyo Olympics on July 27, 2021, at Odaiba Marine Park. (Kyodo) ==Kyodo

"The weather was different from the expected (hot) conditions but that wasn't a problem. It wasn't the ideal result but I did my best. I'll switch my focus to the mixed relay and use everything I learned today in that race," Japan's Takahashi said.

Triathlon mixed relay, where nations will field two women and two men per team, will make its Olympic debut on Saturday.