Japanese gymnast Daiki Hashimoto has responded to critics on social media claiming he got an unfairly high score for his gold medal-winning performance at the Tokyo Olympics.

"I'm sorry my performance led to controversial judging on a stage like the Tokyo Olympics," he wrote in an Instagram post late Thursday night. "I hope more people will praise the athletes who have worked hard to represent their country and not resort to what appears to be defamation." 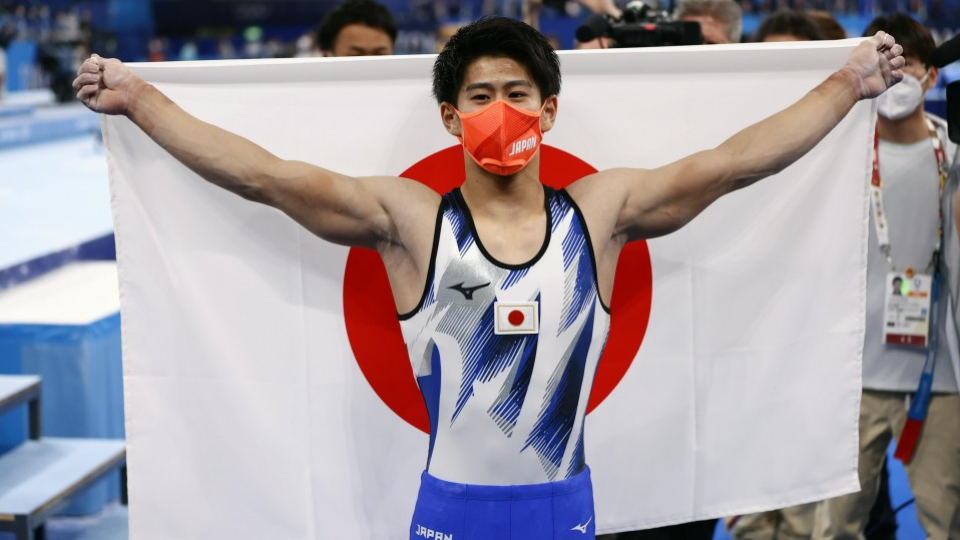 Critics on social media took aim at Hashimoto's performance in the men's all-around final on Wednesday, in particular his score of 14.7 on the vault despite stepping off the mat on the landing. His combined score of 88.465 meant China's Xiao Ruoteng had to settle for silver.

"A gold medal which is stolen from the other country, the Olympic spirit is a (expletive)!!!!!" one Twitter user wrote.

Others praised the Japanese gymnast, who at 19 years old became the youngest-ever Olympic champion in the event. "Daiki Hashimoto is a generational talent," another Twitter user posted.

Hashimoto said judging can be a hard pill to swallow for athletes but that is part of the game.

"We have to accept difficult results sometimes, like I did on the rings. The scores are not subjective but rather based on the objective assessment of the judges. All of the athletes know that," he wrote.

"My score on the vault may look off, but the FIG (International Gymnastics Federation) has issued official results, and the point deduction is there."

The criticism led the FIG, the world's governing body of gymnastics, to issue Thursday a rare statement confirming that the judging was "fair and accurate."

The Chinese gymnast has also posted an online message, saying he hopes everyone will "not excessively attack athletes" as they are "all awesome and making efforts for their goals."

The incident added to a growing list of athletes at the Tokyo Olympics to be attacked online including American star gymnast Simone Biles, who has withdrawn from all of her events so far to address mental health issues.

Another Japanese gymnast, Mai Murakami, said she was also targeted on social medial following her fifth-place finish in the women's all-around final on Thursday.

"I didn't want to, but I saw some hurtful comments and it made me really sad. It's unfortunate," she said teary-eyed.