Seto, who came into these Olympics as a gold medal favorite in both the 200 and 400 IM, swam to second place in his heat at the Tokyo Aquatics Centre in a time of 1 minute, 56.86 seconds, to book a spot in Friday's final as the third-fastest qualifier. 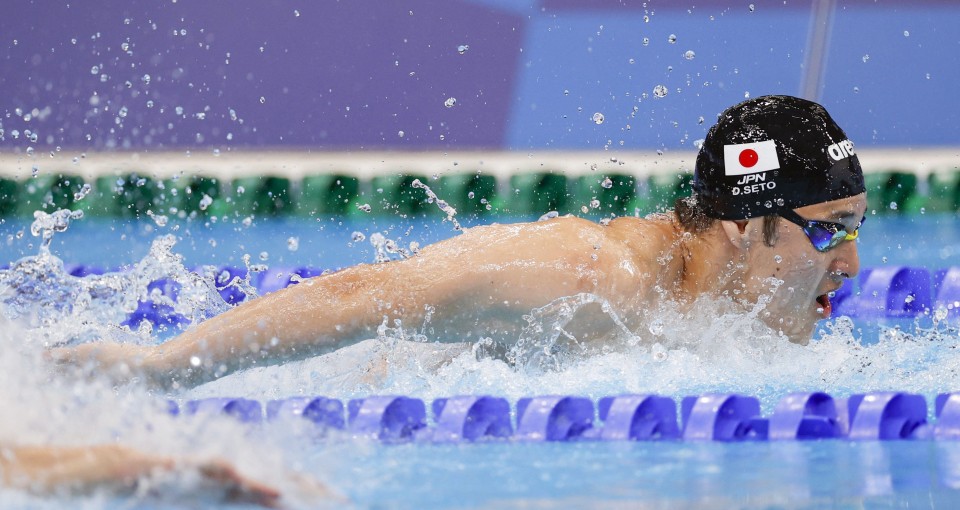 "I believed in everything I've done," Seto said. "I was frustrated that I couldn't deliver results here. Now, I want to make the most of this chance."

Taking the pool after Seto, Hagino touched the wall in 1:57.47 for third place in his heat and sixth fastest overall.

The Rio de Janeiro Olympic 400 IM gold medalist was in tears after booking a spot in the finals of the only individual event he has qualified for in Tokyo.

"There has been a lot going on, but I can now swim another race in the finals. I can only think it's a gift from god that I can swim with Daiya (Seto)," Hagino said. "I'm very happy."

In addition to the medleys, Seto has competed in the 200 butterfly at the Tokyo Games. The 200 IM is the first final he has reached.

In the heat, Seto was sixth after the first 100 meters but he cut the deficit in the back half of the race. He made the final turn first but saw Britain's Duncan Scott overhaul him in the freestyle to touch the wall 0.17 second before him.

"I was focused on doing everything I can as it could have been my last race," he said. "I concentrated on swimming at ease in the first half and pushing my pace in the second half." 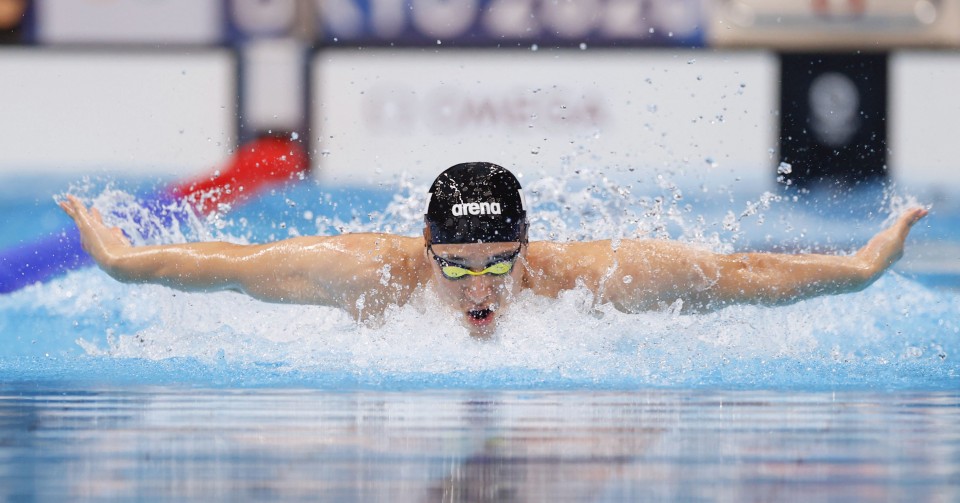 American star Caeleb Dressel picked up his second gold medal at these games, winning the men's 100-meter freestyle in Olympic record time. The 24-year-old, who was part of the 4x100 freestyle relay team that won gold on Monday, clocked 47.02 seconds.

In the men's 800 freestyle, American Robert Finke won gold with a time of 7:41.87 followed by Italy's Gregorio Paltrinieri and Ukraine's Mykhailo Romanchuk.

Australia's Izaac Stubblety-Cook came from behind in the final 50 meters to win the men's 200-meter breaststroke, while Japan's Ryuya Mura finished seventh.

Stubblety-Cook touched the wall with an Olympic record of 2:06.38, 0.63 second ahead of Arno Kamminga of the Netherlands, who led much of the race at Tokyo Aquatics Centre. Finland's Matti Mattsson was third at 2:07.13.

Mura, competing at his first Olympics, finished in 2:08.42 for seventh.

"Now that it's over, I'm very disappointed. I heard my teammates cheer for me when I entered the venue, and when I started and it encouraged me," the 25-year-old Japanese said.

"My goal was to win a medal, but I think the experience of competing at an Olympic final will help me in my career."

In the heats held later on Thursday, Naoki Mizunuma qualified for the men's 100 butterfly semifinals with the 12th fastest time.

Then, in the evening's final race, Japanese fans were treated to a swim by Rikako Ikee, one of the nation's most beloved athletes due to her inspirational story of recovery from leukemia.

Unfortunately, Ikee and her teammates Anna Konishi, Shoma Sato and Katsuhiro Matsumoto in the mixed 4x100 medley relay could not make a mark as they finished with the ninth fastest time and missed out on the final.