The total number of COVID-19 deaths in India could be higher than 4 million, which is 10 times more than the government's official count, according to a U.S. research institute.

"True deaths are likely to be in the several millions not hundreds of thousands, making this arguably India's worst human tragedy since partition and independence," the Center for Global Development said in a report. 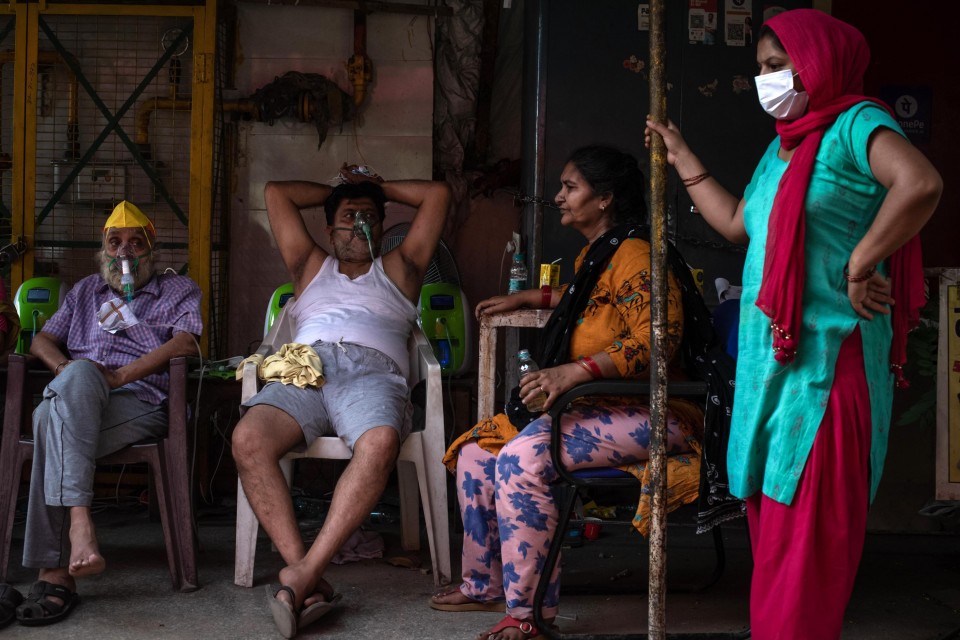 Patients suffering from Covid-19 are treated with free oxygen at a makeshift clinic outside the Shri Guru Singh Sabha Gurdwara on May 2, 2021 in Indirapuram, Uttar Pradesh, India. (Getty/Kyodo)

"There is considerable uncertainty within and across estimates. They range from about 1 million to 6 million overall, with central estimates varying between 3.4 to 4.9 million," it said.

After the severe second wave hit the South Asian country in May, it became difficult for the government to control the situation, especially with the Delta variant spreading rapidly.

The country has struggled with a shortage of hospital beds and, medical oxygen, while many people have died in unexplained circumstances.