Japanese leukemia-survivor Rikako Ikee and her teammates failed to reach the final in the women's 4x100 freestyle relay at the Tokyo Olympics on Saturday, when Daiya Seto a gold medal favorite in the men's 400 individual medley suffered a shock defeat in his heat.

The 21-year-old Ikee, who was diagnosed with the disease in February 2019, swam the second leg as her team came ninth in 3 minutes, 36.20 seconds at Tokyo Aquatics Centre, narrowly missing out on the eight-team final. 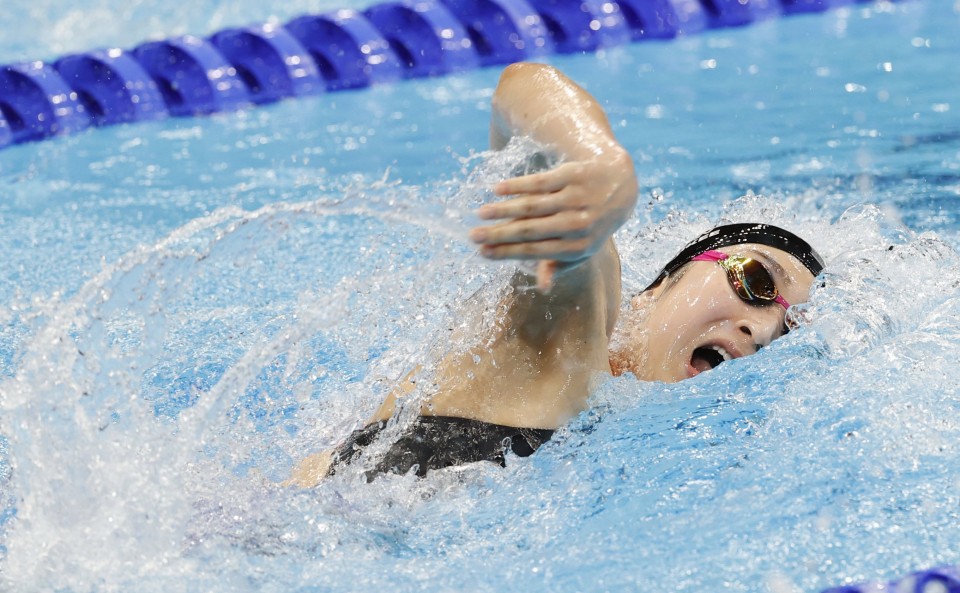 "(Leadoff swimmer Chihiro Igarashi) was having a really good race so I wanted to continue that, but I let the rivals open the gap after the turn," said Ikee, who was followed by Natsumi Sakai with Rika Omoto swimming the final leg. "It's also disappointing we could not achieve our aim of breaking the national record...But it was fun to take part with this team."

Ikee stunned the swimming world in April by winning all four of her events at the national championships -- the 50- and 100-meter butterfly and freestyle -- to earn spots on the Olympic relay teams.

"I had no competitions scheduled a year ago, and I couldn't at all think of myself becoming an Olympian in a year's time," she said. "Personally it was very pleasing to be able to stand on this stage."

Her best Olympic result is a fifth-place finish in the 100 butterfly during the Rio de Janeiro Games in 2016, where she competed in four individual events and three relays as a 16-year-old.

The 27-year-old was cruising, taking the lead into the final 100 meters of freestyle but could not keep after he was overtaken. 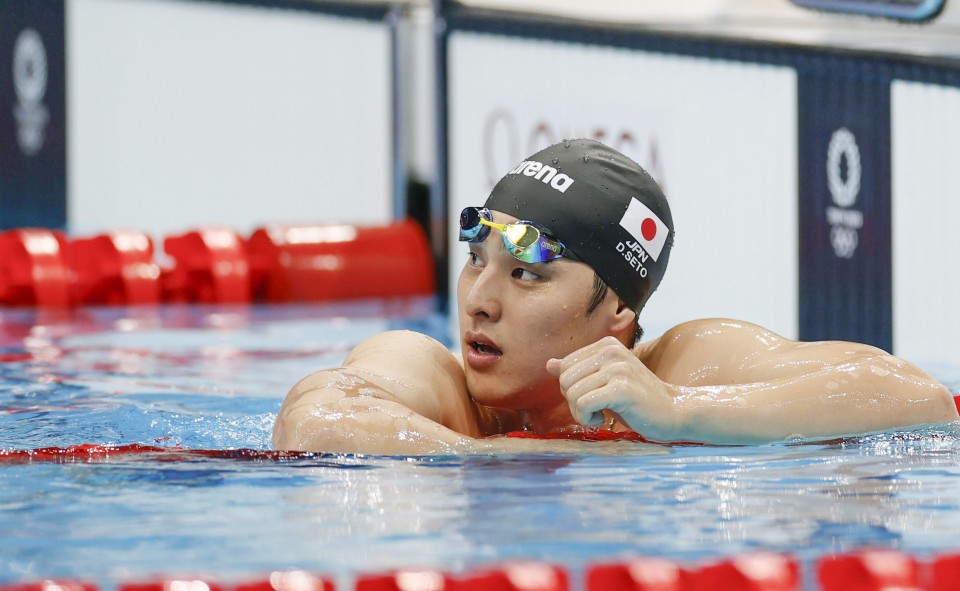 Daiya Seto reacts after failing to qualify for the men's 400-meter individual medley final at the Tokyo Olympics on July 24, 2021. (Kyodo)

"I was swimming the heat checking what I've been practicing, and I cannot believe it myself," said a shell-shocked Seto, who has two more races to swim here, the 200 IM and butterfly. "The qualifying time for the final was faster than I thought."

"I went all out in the heat at Rio and failed to pick up the pace in the final, so I've been having lots of patterns in which I up the gear in the second half of the race. I was trying to keep calm (today) so I would be able to do that (find high gear) tomorrow...it's disappointing not to make the final."

Yui Ohashi made the final in the women's 400 IM after touching in 4:35.71 for a third-place finish. Ageha Tanigawa finished 12th and missed the cut.

In the men's 100 breaststroke, Ryuya Mura made the semifinals, while compatriot Shoma Sato bowed out.