A day after Biles withdrew from the women's team competition in which the U.S. team finished second, USA Gymnastics announced on Twitter that she has withdrawn from the individual competition "in order to focus on her mental health." 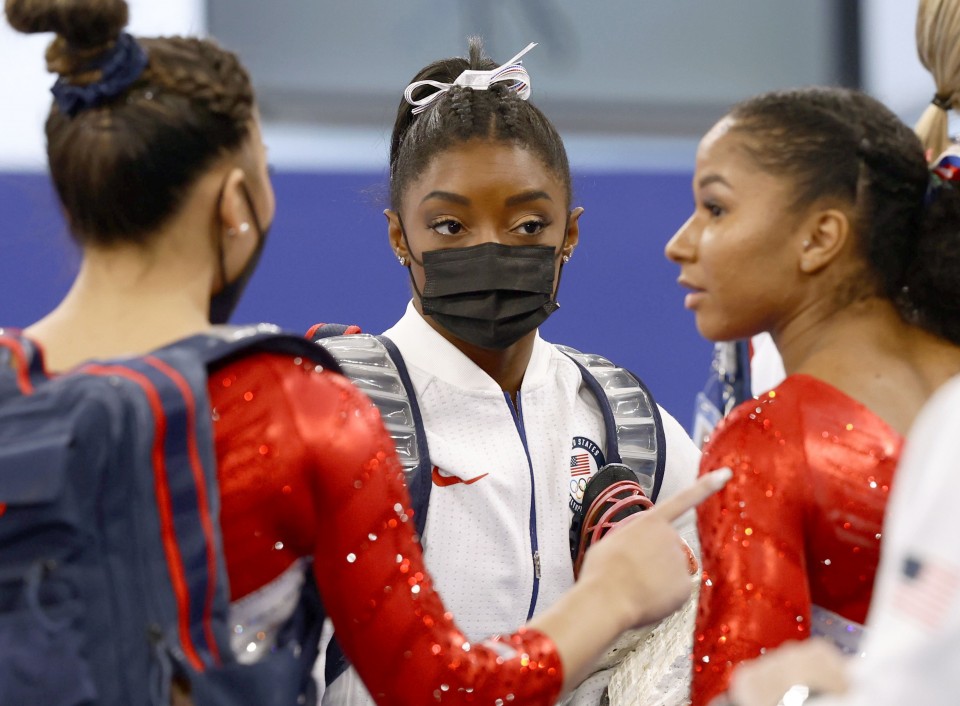 Simone Biles (C) of the United States speaks with teammates as she pulls out of the women's artistic gymnastics team final at the Tokyo Olympics on July 27, 2021, at Ariake Gymnastics Centre. (Kyodo) ==Kyodo

"Simone will continue to be evaluated daily to determine whether or not to participate in next week's individual event finals," the statement read.

After further medical evaluation, Simone Biles has withdrawn from the final individual all-around competition. We wholeheartedly support Simone’s decision and applaud her bravery in prioritizing her well-being. Her courage shows, yet again, why she is a role model for so many. pic.twitter.com/6ILdtSQF7o

The 24-year-old won four golds and a bronze at the 2016 Rio de Janeiro Games and is widely considered one of the best gymnasts of all time.

At a press conference following the team event, Biles opened up about the stress she has been feeling at these Olympics, held following a one-year postponement and without spectators at most venues. Asked about Thursday's individual all-around event, she said she will "take it one day at a time."

"It's been really stressful this Olympic Games. Just as a whole. Not having an audience, there are a lot of different variables going into it. It's been a long week, a long Olympic process, a long year," she said.