The death toll has risen to 51 after a record-breaking rainstorm hit Zhengzhou, the capital of China's central province of Henan, earlier this week, state-run media reported Friday.

Local authorities have been making efforts to speed up water draining, solve the problem of communication and transportation disruptions as well as allocate and distribute materials in flood-stricken areas, the official Xinhua News Agency reported. 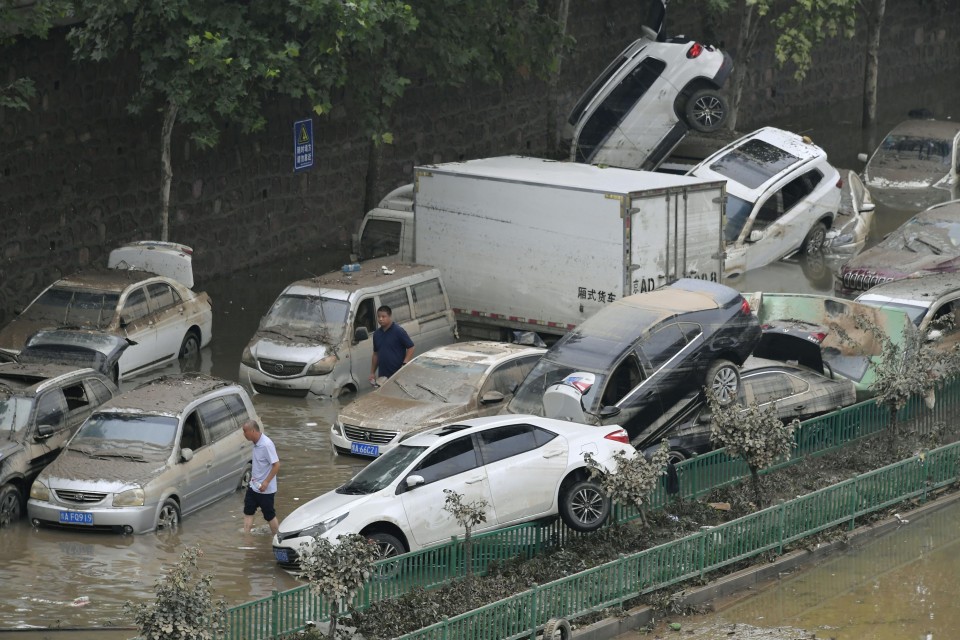 Cars are submerged on a street in Zhengzhou, the capital of China's central province of Henan, on July 23, 2021, following torrential rain. (Kyodo) ==Kyodo

Many foreign companies, including Japan's major automaker Nissan Motor Co., have production facilities in Zhengzhou. Nissan said it resumed production at its factory in the city on Friday, halted in the wake of the torrential rainfall.

Rainwater has damaged around 45,000 hectares of crops in the city with a population of about 10 million, causing direct economic losses of about 65.5 billion yuan ($10.12 billion), according to China Global Television Network.

Video footage posted on social media shows subway passengers trapped in waist-high water and a large number of cars submerged in the muddy water in Zhengzhou.