The British Museum said Tuesday it will showcase more than 100 sketches by Japanese ukiyo-e artist Katsushika Hokusai in an exhibition from September, bringing to the public the forgotten 19th century works that had resurfaced in 2019.

The exhibit through January next year will show 103 postcard-sized sketches drawn by Hokusai (1760-1849) to create woodblock prints for an unpublished visual encyclopedia titled "The Great Picture Book of Everything." 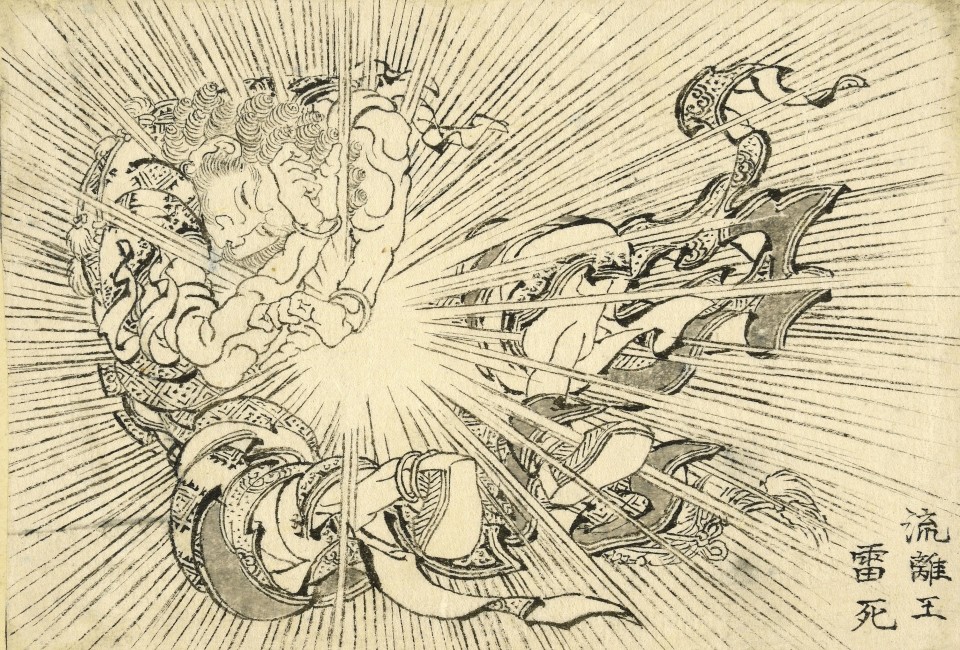 Sketches created in the first half of the 19th century include dramatized scenes from ancient China and Buddhism in India, as well as studies of real and invented animals and birds.

The museum, which acquired the drawings last year, said the images were last publicly recorded at a 1948 auction in Paris, since when they are thought to have been held in a private collection before being "rediscovered" in 2019, almost 200 years after their creation.

Hokusai is best known for colored woodblock prints such as the celebrated 1831 work "The Great Wave off Kanagawa," which will also be displayed in the fall.

During Japan's isolationist period under the Tokugawa shogunate, when foreign travel was severely restricted, the volume was intended as a guide to introduce other cultures and the natural world to ordinary Japanese, according to the museum.

The so-called "block-ready" drawings called "hanshita-e" are believed to have been preserved because they were not destroyed in the process of creating printing blocks, with the encyclopedia project never completed.

Museum director Hartwig Fischer said in an online press conference that Hokusai had "allowed his imagination free rein to bring to life scenes from across continents," adding he was "very proud that we are able to share these stunning works of art, hidden from the world for so long."

The exhibit will run in London from Sept. 30 through Jan. 30 2022, having been postponed from earlier this year due to the coronavirus pandemic.