Yusei Kikuchi pitched seven strong innings and matched a major league career-high with his sixth win on Thursday in the Seattle Mariners' 7-2 victory over the Toronto Blue Jays.

For the first time in his three-year career in the majors, Kikuchi (6-3) has won five straight decisions as a starter, dating back to May 24. He posted six wins against 11 losses in his rookie season in 2019 and went 2-4 in pandemic-shortened 2020. 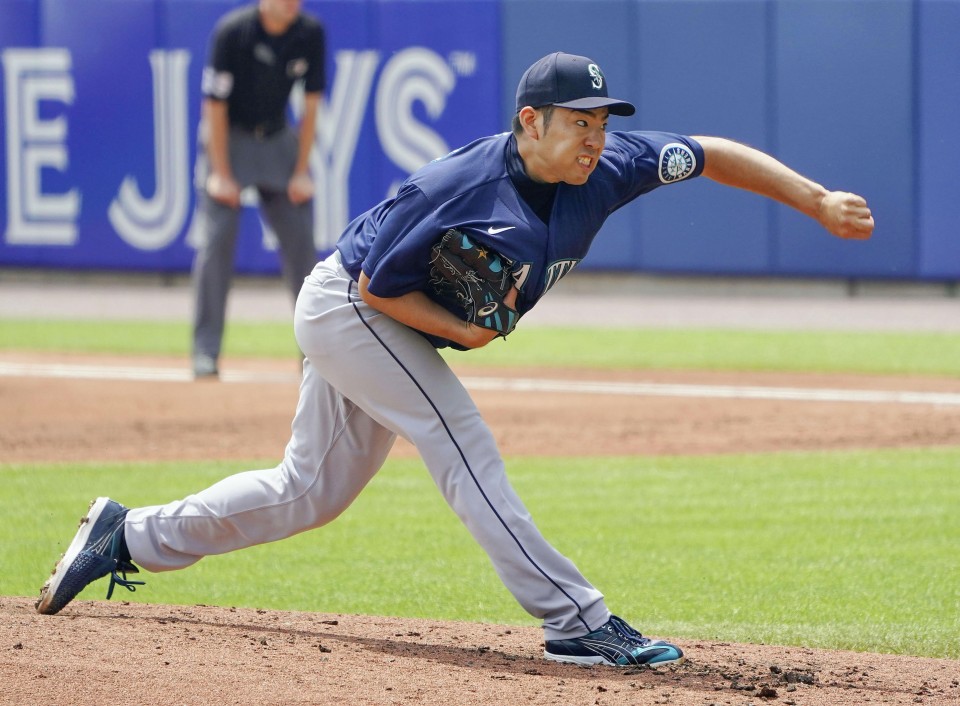 Yusei Kikuchi of the Seattle Mariners pitches against the Toronto Blue Jays in Buffalo, New York, on July 1, 2021. (Getty/Kyodo)

In the finale of a three-game series at Sahlen Field in Buffalo, New York, Kikuchi held the Blue Jays to just one run and five hits, including a first-inning leadoff homer to Marcus Semien. He struck out six of the 25 batters he faced and walked one.

"I was able to put that homer behind by getting the next batter to hit an infield grounder. It was good I got to pitch aggressively," Kikuchi said.

"I'm not so concerned about the number of wins. I just want to throw many innings," he said.

After Semien, the Japanese left-hander did not let another Blue Jay reach second base until Teoscar Hernandez led off the seventh with a double.

The New York Yankees-Los Angeles Angels series finale in New York was postponed because rain was forecast, and has been rescheduled for Aug. 16.