The Mariners came back for the win at T-Mobile Park thanks to an eighth-inning grand slam by Mitch Haniger, who broke a 3-3 tie by blasting a two-out, 2-0 sinker from reliever Jose Quintana out to left center field. 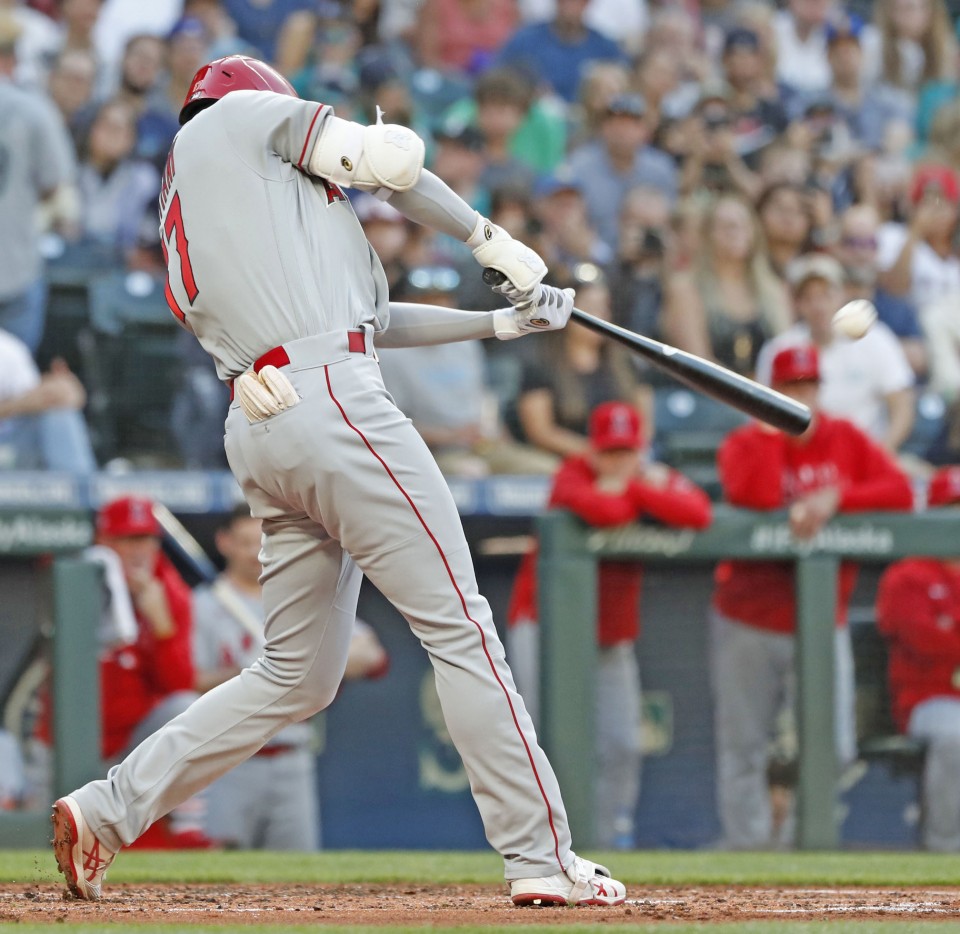 Shohei Ohtani of the Los Angeles Angels hits his major league-leading 33rd home run of the season, a solo shot, in the third inning against the Seattle Mariners on July 9, 2021, at T-Mobile Park in Seattle, Washington. (Kyodo) ==Kyodo

Two-way star Ohtani extended the Angels' lead to 3-0 in the top of the third with a towering solo shot off southpaw Marco Gonzales that flew an estimated 463 feet (141 meters) to right field and landed in the ballpark's upper deck.

Teammate David Fletcher opened the game with his first homer of the season for the Angels.

Ohtani, the record-holder for most major league homers in a season by a Japanese, will contest the All-Star Home Run Derby on Monday in Denver, a day before making his All-Star Game debut for the American League.

An All-Star matchup between Ohtani and Japanese pitcher Yu Darvish looks doubtful, however, with San Diego Padres manager Jayce Tingler saying the right-hander is "unlikely" to pitch for the National League after exiting his previous start with back and hip tightness.

At Target Field in Minneapolis, Kenta Maeda struck out seven while allowing just two hits and two walks over five scoreless innings but did not factor in the Minnesota Twins' 4-2 win over the Detroit Tigers.

The right-hander, coming off his best outing of the season in a win over Kansas City, left the mound with the game still scoreless. 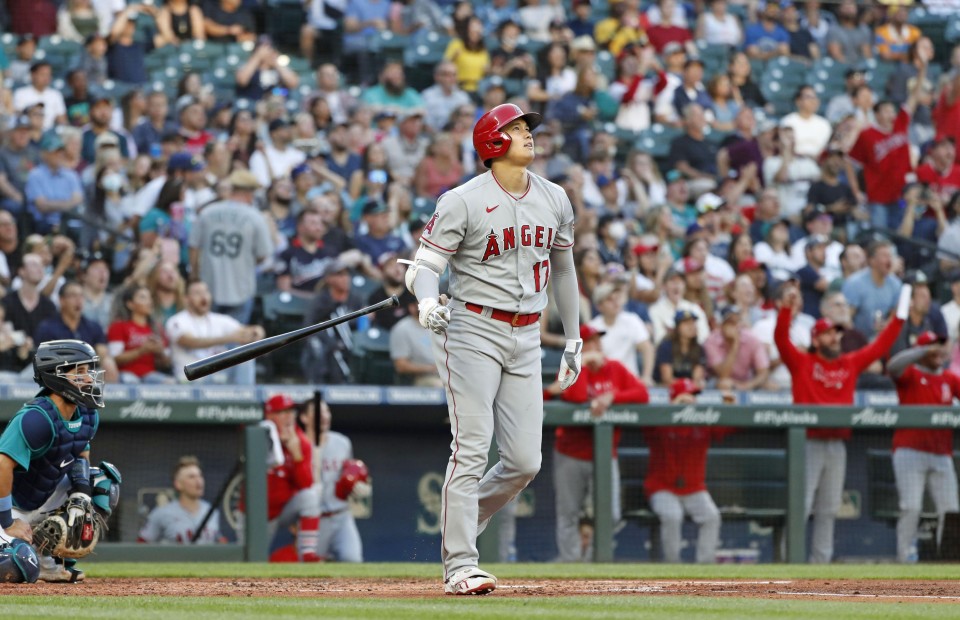 Shohei Ohtani of the Los Angeles Angels hits his major league-leading 33rd home run of the season, a solo shot, in the third inning against the Seattle Mariners on July 9, 2021, at T-Mobile Park in Seattle, Washington. (Kyodo) ==Kyodo