An Israeli Olympian on Thursday apologized for posting a video online that showed him with eight others jumping on a so-called anti-sex bed in Tokyo's athletes' village until it broke.

The now-deleted video in which the athletes tested the strength of the recyclable cardboard bed frame was uploaded by Ben Wanger, a U.S.-born baseball player on the Israeli Olympic team, to his TikTok account on Monday. 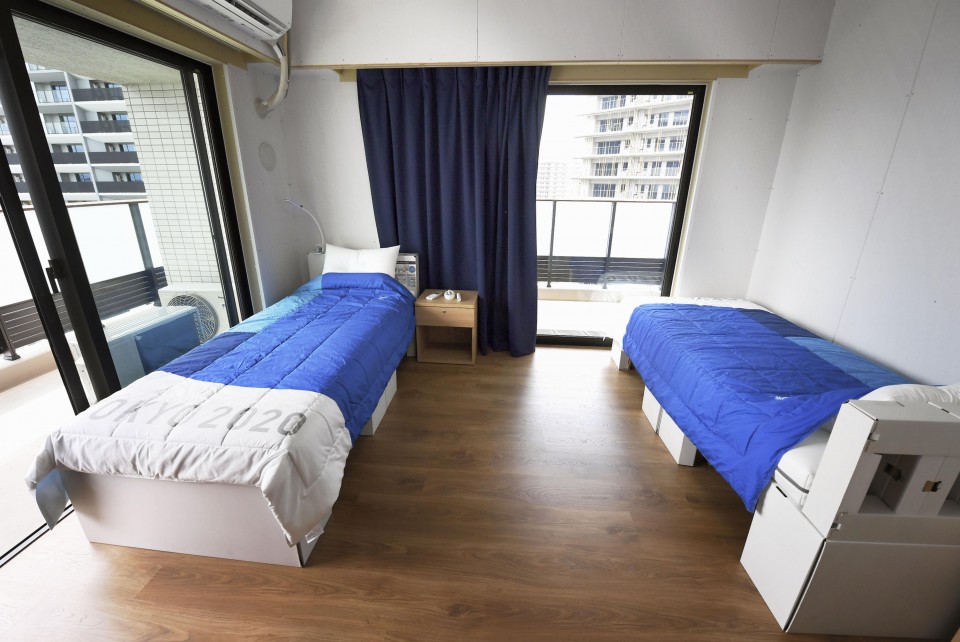 "I'd like to really apologize to anyone offended by this video," Wanger said in a video clip sent to the Japanese media by the Israeli Olympic Committee. "We meant no disrespect and just wanted to show off how effective and sturdy the beds are in the Olympic village."

"We actually enjoy sleeping on these beds and think they are a great and sustainable option for future Olympics," Wanger said, adding he and his team mates feel appreciative that Japan has done an "exceptional job" in hosting athletes in the village and thanked it for its hospitality.

In the original video, one, then two, then three, and up to a total of nine athletes jumped on the single bed until it broke. The beds were designed to support weights of up to 200 kilograms, according to manufacturer Airweave. The act drew angry responses in Japan.

"It's not funny at all. As a Japanese, it makes me very sad," said one internet comment.

"I don't understand why anyone would destroy something belonging to someone else," another said.

Many other athletes have taken to social media sites to share their opinions on the incident.

American distance runner Paul Chelimo wrote on Twitter on July 17 that the beds were "aimed at preventing intimacy among athletes." Chelimo, among others, dubbed them anti-sex beds.

The following day, Irish gymnast Rhys McClenaghan debunked the rumor that the beds easily break by filming himself doing a test jump on the bed on Twitter.

"In today's episode of fake news at the Olympic Games, the beds are meant to be anti-sex. They're made of cardboard, yes. But they are apparently intended to break under sudden movements. It's fake news," McClenaghan said in a video that has been viewed more than 3.8 million times.