Yang, 21, triumphed with an Olympic record 251.8 points, while Anastasiia Galashina of the Russian Olympic Committee took the silver medal with 251.1. Nina Christen of Switzerland won bronze with 230.6. 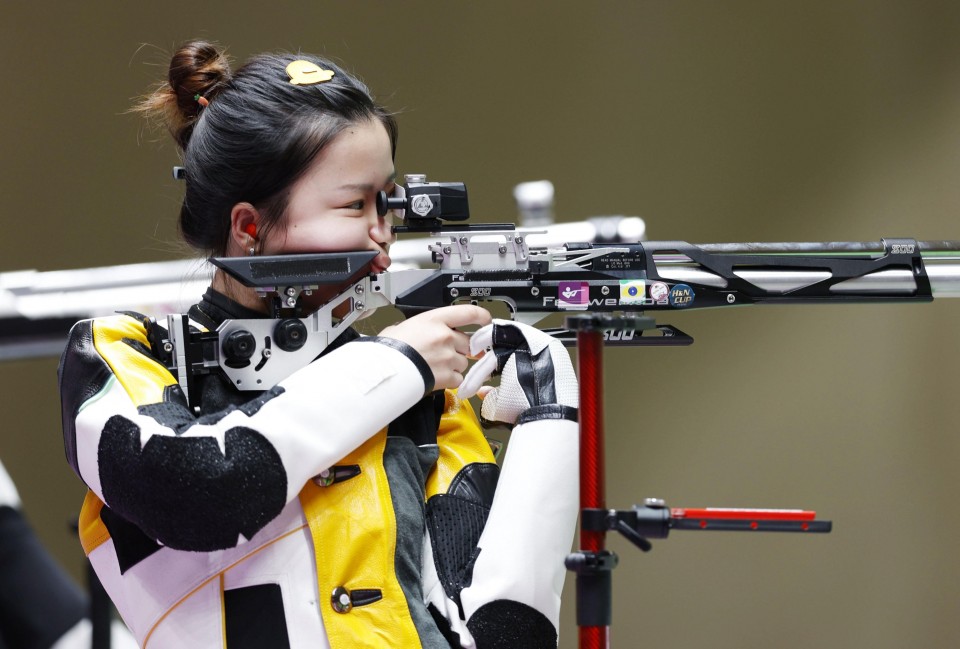 "I was really nervous. The competition was really tight, but I'm so happy that I could win," said Yang.

"I didn't care so much about the points. I just wanted to fix myself and fix my mood during the competition. It's the 100th anniversary of the Communist Party. I'm so happy that this is gold medal is a gift to my country," she said.