40% of Tokyo Olympics' sessions could be staged without spectators

About 40 percent of sessions, or time slots, of the Tokyo Olympics are expected to be held without spectators if the current attendance cap of 10,000 people per venue is lowered to 5,000 as part of precautions against a potential fresh wave of coronavirus infections, officials involved in the planning process said Saturday.

In the wake of a resurgence of COVID-19 cases in Tokyo, the organizing committee and the Japanese government are finding it increasingly difficult to stick to the 10,000-spectator cap and they have begun to look at an alternative. 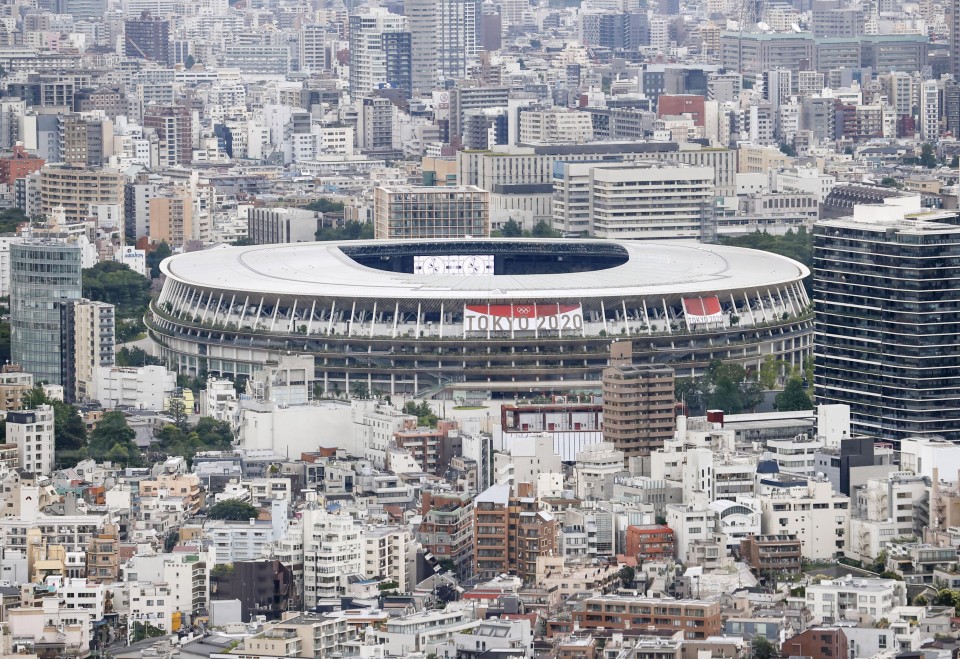 Photo taken from the Shibuya Sky observation deck in Tokyo on June 22, 2021, shows the National Stadium, the main venue of the Tokyo Olympics and Paralympics starting in about a month. (Kyodo) ==Kyodo

The most likely option now on the table is to allow up to 5,000 local fans at each venue of the Olympics, due to begin July 23. The estimate of 40 percent is based on the assumption that all events with over 5,000 ticket holders and those taking place after 9 p.m. will be held behind closed doors, according to the officials.

Such events include the opening and closing ceremonies, as well as baseball, soccer and athletics. There are a total of 750 sessions and more than 300 of them will be staged without spectators if the revised cap is applied, said the officials of the organizers, who spoke on condition of anonymity.

In an attempt to prevent the Olympics from becoming a global super-spreader event, the five organizers decided late last month that venues can be filled to 50 percent of capacity with a maximum of 10,000 domestic spectators, while agreeing that the ceiling will be reviewed if the coronavirus pandemic situation worsens.

The 10,000-attendance cap was set on the premise that the ongoing quasi-state of emergency in Tokyo will be lifted.

Daily COVID-19 cases in Tokyo have been rebounding since a state of emergency was lifted after about two months, and the government appears to have no choice but to extend the current quasi-state of emergency that is set to expire on July 11.

If the government decides on the extension, representatives of the five organizers could hold a meeting as early as next Thursday to discuss what to do with the spectator cap.

While a number of influential medical experts have warned of a surge in infections before and after the start of the Olympics, there are also some officials of the organizers who have pushed for a blanket no-spectator option.

"It will be better to have no spectators from the beginning than to switch to no spectators after a state of emergency is declared during the games," one of the officials said.

Tokyo Olympics' 10,000-spectator cap to be reviewed due to COVID rise

PM Suga says Tokyo Olympics may be held without spectators

No spectators at Tokyo Olympics should remain option: Komeito chief