Japan's Akane Yamaguchi made a winning start to the Tokyo Olympics on Saturday, easing to a 2-0 victory over Pakistan's Mahoor Shahzad in the badminton women's singles event.

The fourth-seeded Yamaguchi needed just 23 minutes to brush aside Shahzad 21-3, 21-8 in the Group L match at Musashino Forest Sport Plaza, while compatriots Yuta Watanabe and Arisa Higashino also got off on the right foot in the mixed doubles.

Watanabe and Higashino overcame a shaky start to see off Denmark's Mathias Christiansen and Alexandra Boje in Group C.

The 24-year-old Yamaguchi was naturally delighted with the win as she seeks to better her quarterfinal loss at the 2016 Rio de Janeiro Games.

"It was my first game of the tournament so there were a few nerves but I think I played well and am glad to get the win," said Yamaguchi.

"I thought I would be able to get a feel for the match through rallies rather than aggressively taking the initiative." 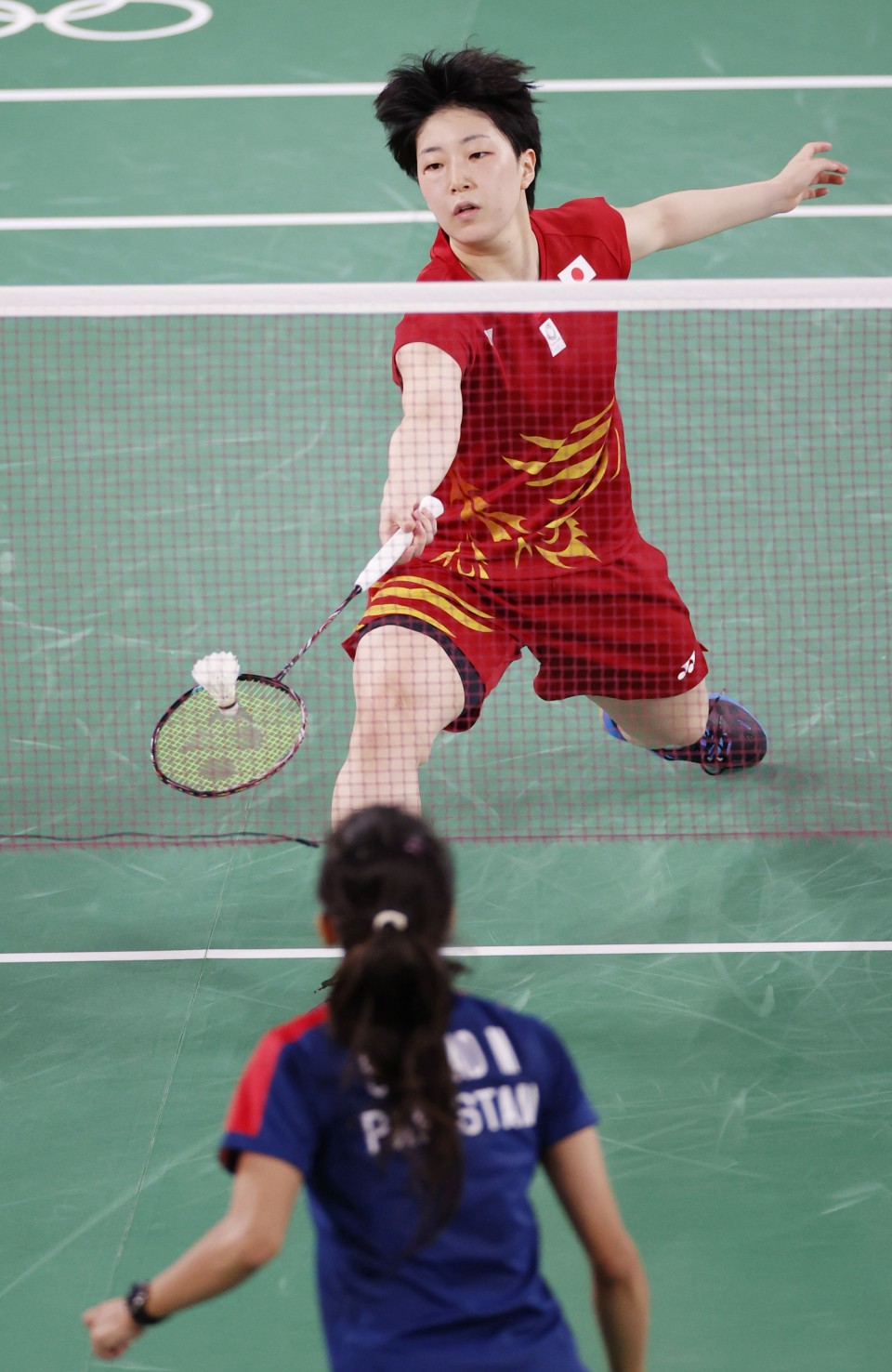 Shahzad, the first badminton player from Pakistan to compete at an Olympics, admitted a lack of experience in international tournaments had cost her.

"Since I don't play many international tournaments it was difficult to get adjusted to the environment of the court," the 24-year-old said.

"We have played them (Christiansen and Boje) a couple of times before and both of those matches were tough but we were well prepared," said Watanabe. "We were determined to level things up after losing the first game."

Higashino said, "We were nervous in the first and second games but took control from the third. It was our first match for a while and there was a nervy vibe in the venue. We just want to enjoy each and every match."

In Saturday's evening session, Japanese doubles pairs went 4-0 in their first matches of the Tokyo Games.