The 36-year-old great anticipated his opponent's thrusting attack and, after delivering a powerful face slap, sent him tumbling with a perfectly executed beltless arm throw in the final bout of Day 3 at Dolphins Arena. 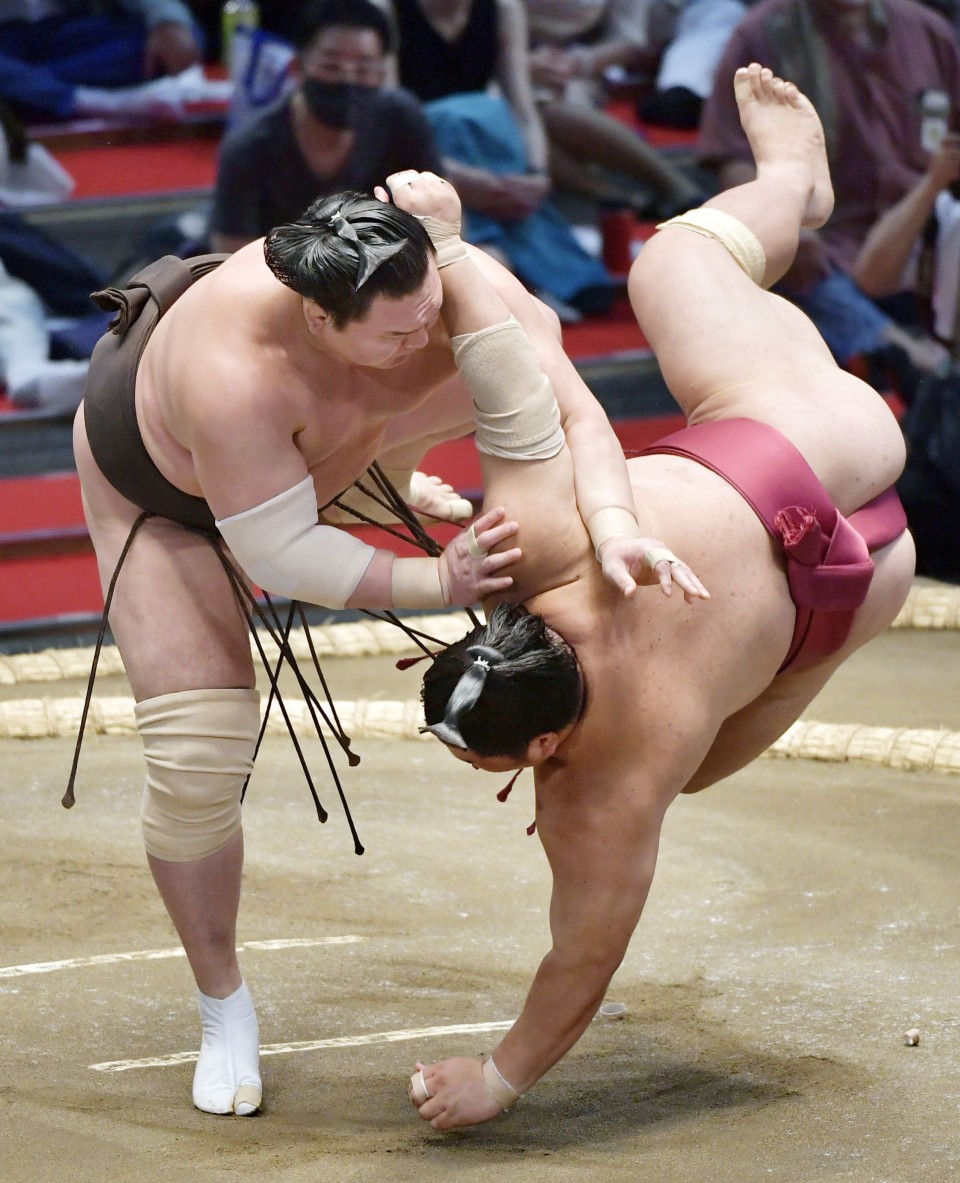 Hakuho (L) defeats Daieisho with a beltless arm throw on Day 3 of the Nagoya Grand Sumo Tournament at Dolphins Arena in Nagoya on July 6, 2021. (Kyodo)

The convincing win over No. 1 maegashira Daieisho (0-3) is another positive step for Hakuho, who is returning from knee surgery and will decide whether to continue his storied career based on his performance at the 15-day meet.

The winner of a record 44 Emperor's Cups will meet winless No. 2 Takanosho on Day 4 of the first grand tournament to be held away from Tokyo with spectators since November 2019.

Ozeki Terunofuji, who is gunning for promotion to yokozuna, stayed perfect at 3-0 with a clever two-handed arm twist down against former sekiwake Takanosho (0-3).

The maegashira was strong off the mark and drove Terunofuji onto the back foot, but after the pair came to a stalemate at arm's length, the big Mongolian patiently waited for an opening to twist his opponent to the clay.

Fellow ozeki Shodai (2-1) suffered his first loss, against No. 1 Endo (1-2), who quickly ended their bout with a hand pull down. 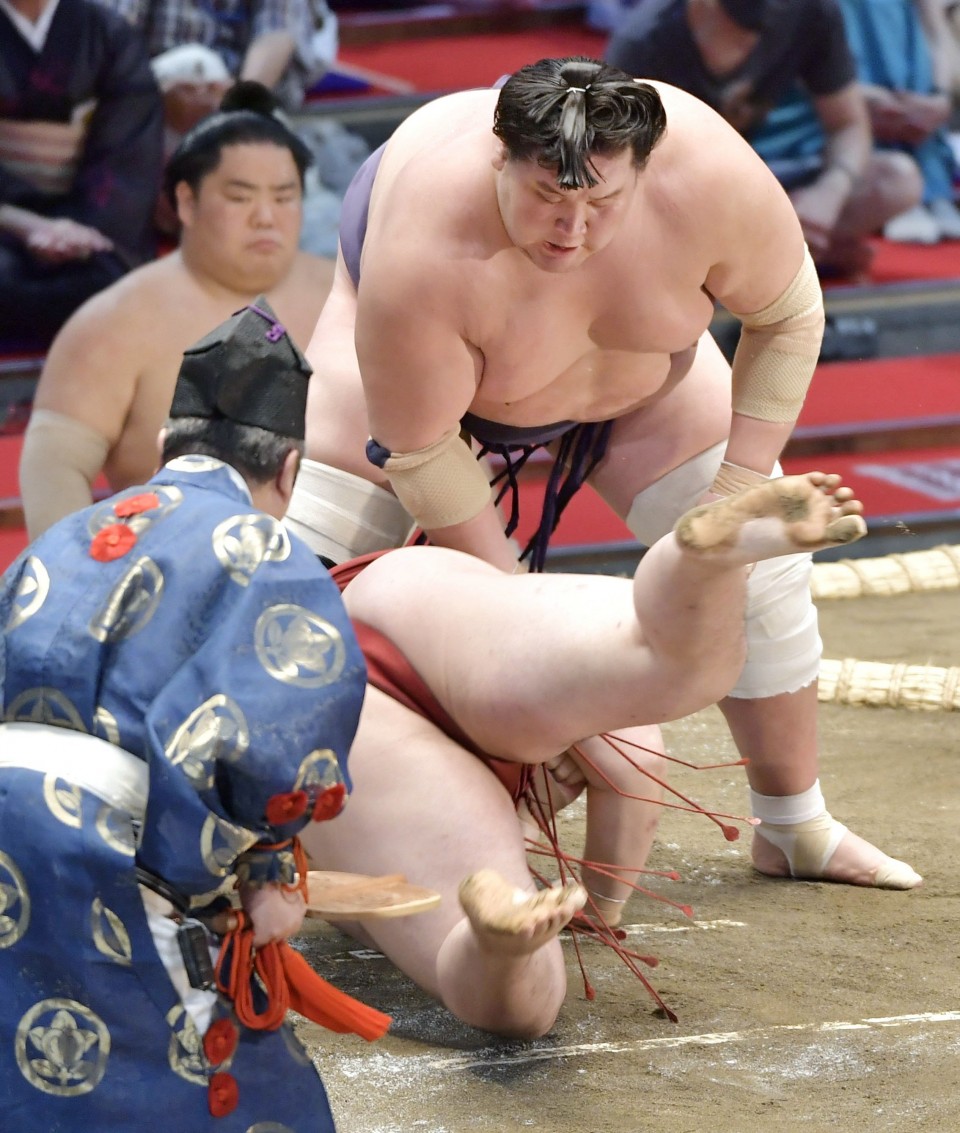 Terunofuji and Shodai are the only two ozeki competing following the withdrawal of Takakeisho, who injured his neck losing to No. 2 Ichinojo the previous day and forfeited his Day 3 bout against komusubi Meisei (1-2).

Fellow ozeki Asanoyama is not competing after receiving a six-tournament suspension for violating the Japan Sumo Association's coronavirus safety rules.

Sekiwake Takayasu (1-0-2) earned his first win of the tournament by forcing out Ichinojo (2-1).

The former ozeki, who sat out his first two bouts due to back pain, weathered a barrage of slaps from his giant Mongolian opponent before driving him over the straw.

Sekiwake Mitakeumi (2-1) handed No. 3 Hokutofuji (2-1) his first loss, powering his way back from the edge and forcing the former komusubi out.

New komusubi Wakatakakage (1-2) earned his first win while wrestling from the three "sanyaku" ranks below yokozuna, by pulling down No. 3 Tobizaru (1-2).