Visiting U.S. Defense Secretary Lloyd Austin and Singapore Defense Minister Ng Eng Hen agreed Tuesday on the need for a rules-based order for regional security and to work on expanding their defense partnership.

Austin, who arrived in Singapore on Monday, is the first key member of President Joe Biden's Cabinet to visit Southeast Asia and is set to travel to Vietnam and the Philippines after three days in the city-state. 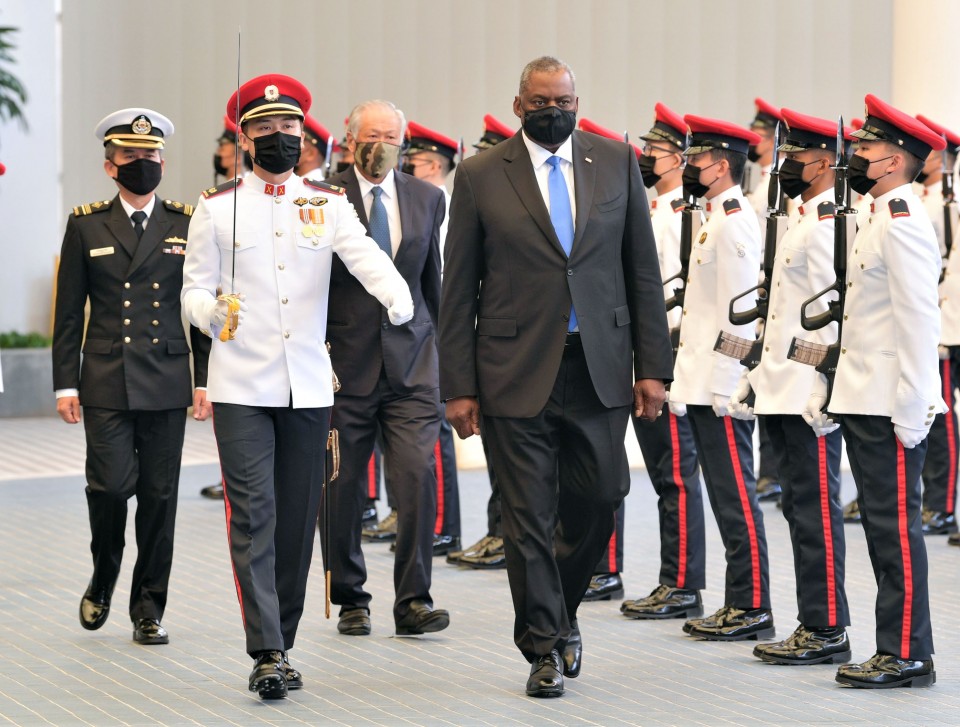 During their meeting in Singapore, Austin and Ng "agreed on the importance of sustaining a rules-based order" and "committed to continue discussions on U.S. force posture initiatives," according to a joint statement issued afterward.

The statement described the U.S. presence in the region as being "vital for its peace, prosperity and stability."

Austin also held talks with Prime Minister Lee Hsien Loong on Tuesday. "We are looking for new ways to work together, and strengthen this relationship further," Lee said on Facebook later.