Prime Minister Yoshihide Suga said Monday the government has decided not to appeal a recent high court ruling that recognized 84 people in Hiroshima Prefecture as eligible for state health care benefits for being exposed to radioactive "black rain" after the 1945 U.S. atomic bombing.

The government made the decision "given many of them are elderly and some have illnesses," Suga told reporters, adding that the government would seek to issue the plaintiffs certificates classifying them as hibakusha, or survivors of the atomic bombing, immediately, while considering ways to help other people in a similar situation. 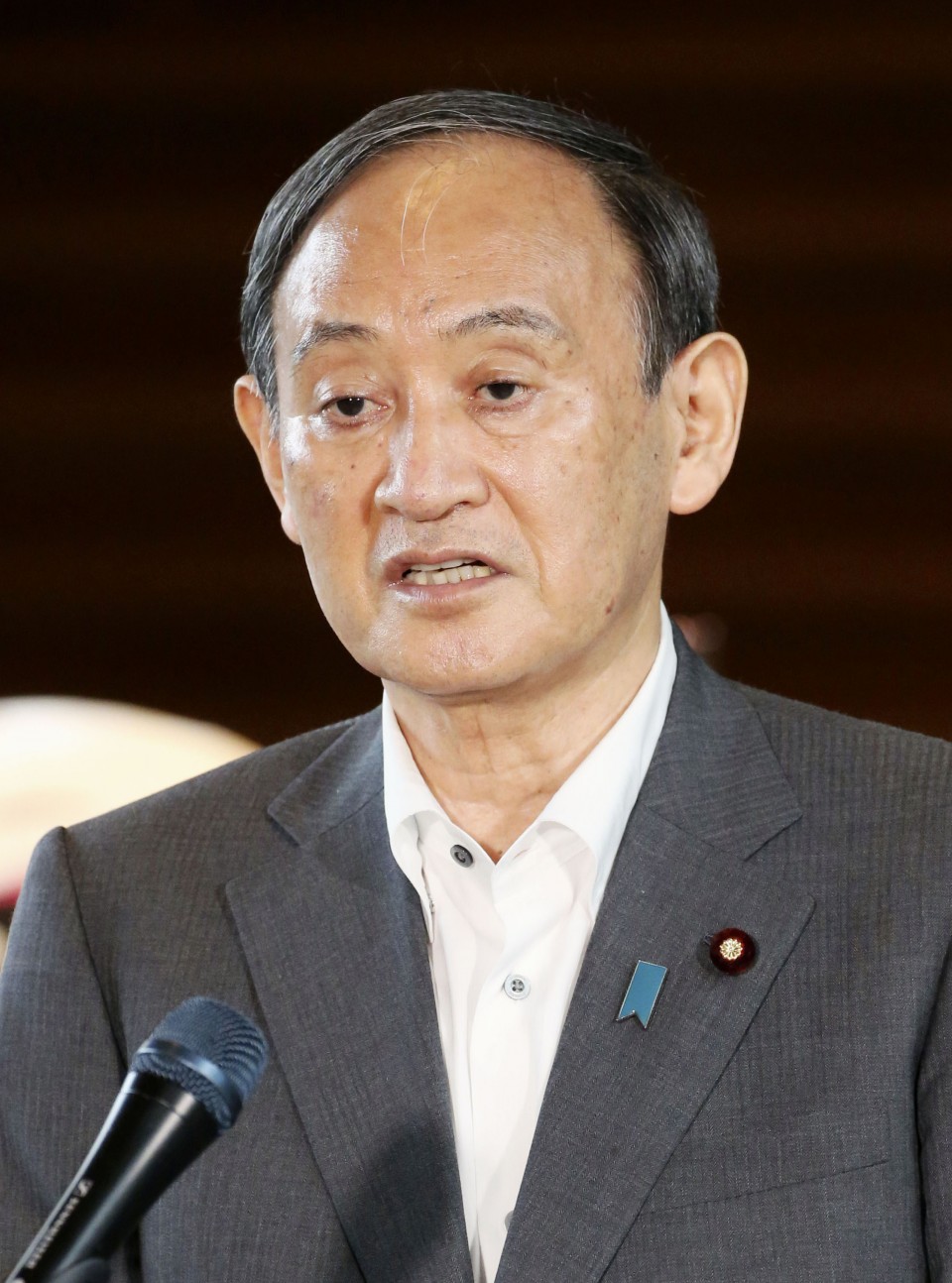 "In light of the principles of the atomic bomb survivors' assistance law, I feel that we need to save them," Suga said in a meeting with Hiroshima Gov. Hidehiko Yuzaki and Hiroshima Mayor Kazumi Matsui at the prime minister's office in Tokyo.

Still, Suga added, the ruling is not entirely acceptable, and the government will clarify its claim later in a statement. The statement will be approved by his Cabinet Tuesday, government officials said.

The Hiroshima High Court ruled earlier this month that these people are eligible for aid even though they were exposed to black rain outside an area recognized by the state. The court ordered Hiroshima's prefectural and city governments to accept their applications for state health care benefits.

The deadline for appealing the ruling was set for Wednesday.

On Monday, the plaintiffs and their lawyers submitted to the Hiroshima prefectural and city governments a petition with 8,440 signatures collected online since July 18, urging the central government not to appeal the ruling.

The Hiroshima governor said after the meeting with Suga that the central government's decision reflects its understanding of the plaintiffs' pain, while the Hiroshima mayor said it was a sensible decision.

The local governments were defendants in the trial, also joined by the health ministry, which has created the certificate system for atomic bombing survivors. But the Hiroshima governments have effectively sided with the plaintiffs, urging the state to provide broader support.

Residents of the state-designated black rain zone are eligible to receive free health checkups and atomic bomb survivors' certificates entitling them to medical benefits if they develop any of 11 specific illnesses caused by radiation.

But the plaintiffs' applications for health care benefits for atomic bomb survivors filed with the Hiroshima prefectural and city governments between 2015 and 2018 were rejected as they resided outside the zone, prompting them to sue the governments to seek nullification of the decisions.

The high court ruling on July 14 recognized all plaintiffs, including deceased individuals, as hibakusha and ordered the local governments to accept their applications for state health care benefits, in line with a Hiroshima District Court ruling in July last year.

It ruled radioactive rain fell across a wider area beyond the designated zone, and the plaintiffs are likely to have suffered health damage caused by their exposure to radiation.

Based on previous research, the central government designated an oval-shaped area measuring 19 kilometers in length and 11 km in width stretching northwest of the hypocenter of the atomic bombing on Aug. 6, 1945, as the zone where black rain fell for an hour or longer.

Last November, the health ministry launched a review panel of experts to study areas where black rain fell after the local governments asked for the recognized black rain zone to be expanded based on the district court's ruling.