Japan's Kanoa Igarashi and Hiroto Ohhara finished first and second in their respective opening men's heats as the inaugural Olympic surfing competition got the waves it needed to begin on Sunday.

Igarashi scored a combined 12.77 points from his two best waves -- 6.67 and 6.10 efforts -- at Tsurigasaki Surfing Beach while Ohhara accumulated 11.40 points, both progressing to the third round where 16 surfers face off in heats of two. 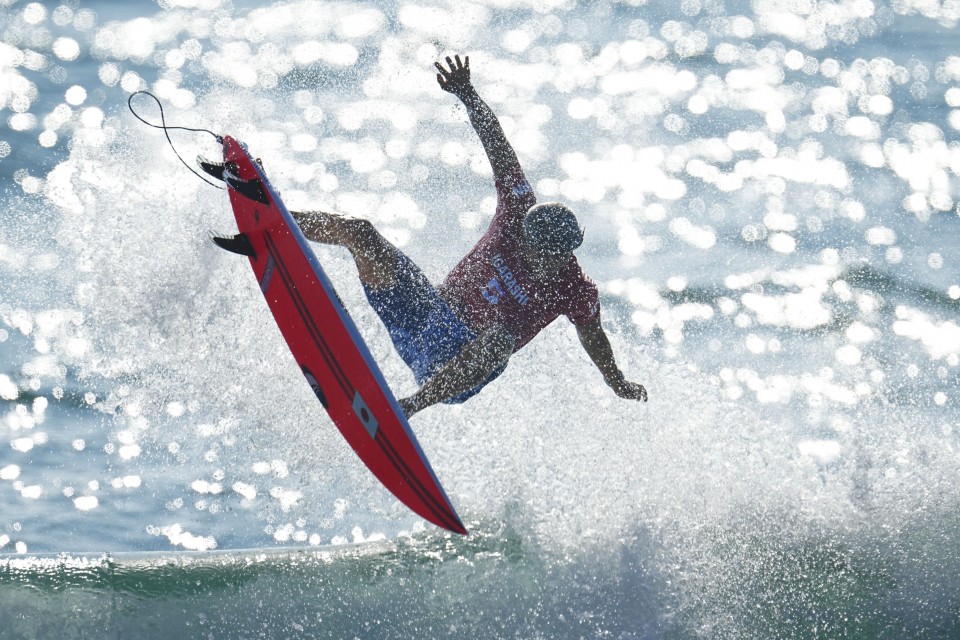 "That first wave was really special. I woke up with a lot of pressure, (there's) four years leading up to this first wave. But as soon as I got that first wave...that turned into energy and motivation for me," said the U.S.-born Igarashi, who shoulders Japan's medal hopes.

"I feel like I'm representing my family, my sport, and my friends. I can't wait to just talk to them for the rest of the day and to just enjoy watching surfing in the Olympics. I can't believe I said those words. We are in the Olympics."

In his heat, Ohhara finished 2.27 points behind Brazilian star and gold medal favorite Italo Ferreira who dominated proceedings by taking 15 waves, three more than anyone else.

On the same day, Japan's Mahina Maeda and Amuro Tsuzuki reached the women's third round via repechage heats.

The gold medalists in the new Olympic sport will need to progress through six rounds. The non-elimination first round consists of five heats with four surfers in each, with the top two moving directly to round three and the bottom two moving into the round two repechage.

The second round will include two heats of five surfers each. The top three surfers of each heat will advance, while the bottom two surfers will be eliminated from the competition.

The surfing schedule is dependent on expected weather and wave conditions with a typhoon bearing down on Tokyo providing solid swells on Sunday.

The event will take place over an 8-day window from July 25 to Aug. 1, but can be run over fewer days. According to the Olympic surfing schedule, on days in which competition can go ahead, it will start at 7 a.m.

Surfing is among the four new sports added to the Olympic program for the Tokyo Games, along with sport climbing, skateboarding and karate.

Fences were installed at the Tsurigasaki Surfing Beach venue in Ichinomiya, Chiba Prefecture, to maintain distance between athletes and fans as a COVID-19 containment measure after Olympic organizers banned spectators from venues in and around Tokyo.

But that did not stop surf fans and local residents from flocking to the beach, about a two-hour train ride from the center of Tokyo, to watch the waves through the fences along the sand and get a glimpse of Olympic surfers live.

A man in his 40s who had been surfing at a nearby beach voiced frustration at the large number of fans gathering in areas to get unobstructed views of the event, while another man in his 40s from Tokyo said he is worried about whether the forecasted typhoon will interfere with competition.