Nearly 80% of 47 prefectural capitals in Japan said they either have changed or intend to change their plans to vaccinate their local residents against COVID-19 amid a supply shortage of vaccines, a Kyodo News survey showed Saturday.

Of the surveyed local governments, 37 said their revised plans include suspending, delaying or scaling back reservations by residents, as the central government's supplies of Pfizer Inc. vaccine are not able to meet the pace of their inoculations. 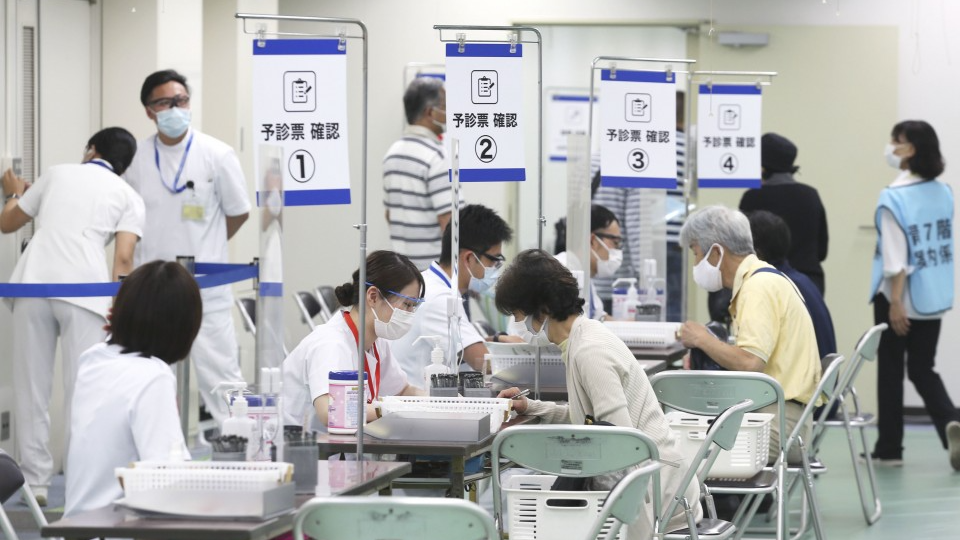 A total of 33 cities, or 70 percent, said the amount of doses allocated for July remains less than half the desired amount, with Fukui, Okayama and Nagasaki saying they are receiving only about 20 percent of what they had expected to procure, according to the survey.

Five city governments said they have pushed back or may delay the second round of vaccination, which usually takes place about three weeks after the first shot. The vaccine can remain effective for up to six weeks from the inoculation, according to the central government.

The survey result came as local governments have complained that they were encouraged by the administration of Prime Minister Yoshihide Suga to rapidly expand vaccination capacity, only to be told that supplies could not keep up.

Taro Kono, the minister in charge of vaccination efforts, said Thursday that Japan has secured sufficient Pfizer doses for about 1.2 million vaccinations per day through September, compared with the current pace of 1.5 million. He called on prefectures and municipalities to "optimize" their schedules accordingly.

COVID-19 vaccines developed by Moderna Inc. and AstraZeneca Plc have also been approved in Japan. The Moderna vaccine had been used in vaccination programs at workplaces but hit a supply bottleneck recently.

The government has yet to start supplying the AstraZeneca vaccine due to rare cases of blood clots among younger people but is considering recommending its use for people aged 60 or older, according to sources familiar with the matter.

Faced with criticism for its sluggish vaccine rollout, the Suga government has ramped up its vaccination program, with the aim of completing by November the inoculation of all eligible people who wish to get vaccinated.

Suga has said the number of people who have received their first shot is expected to reach 40 percent by the end of July. But the survey found only 11 cities expect to meet the goal.

The survey also showed that a total of 32 local governments, or 68 percent, said they expect the amount of doses to be allocated for August and September to be insufficient, as the supplies remain almost the same as July's level.