Mima Ito and Jun Mizutani got off to a winning start as mixed doubles table tennis made its Olympic debut on Saturday, the dynamic Japanese duo cruising to a 4-1 win at Tokyo Metropolitan Gymnasium. 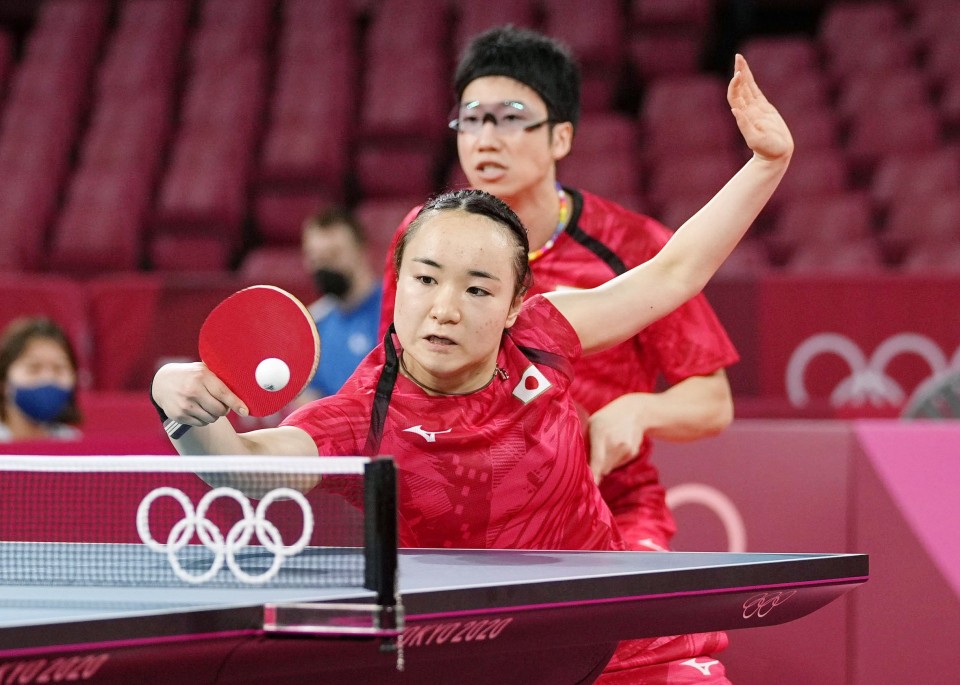 Jun Mizutani (back) and Mima Ito of Japan play against Stefan Fegerl and Sofia Polcanova of Austria in the table tennis mixed doubles round of 16 of the Tokyo Olympics at Tokyo Metropolitan Gymnasium in the capital on July 24, 2021. (Kyodo)(SELECTION) ==Kyodo

"We were able to start the match well and give ourselves room to breathe," said Ito. "Even when we conceded one or two points it never fazed us. I want to enjoy winning each match that is in front of me."

Mizutani said he was relieved to finally start the Olympic Games after such a long wait.

"It was crucial that we got off on the right foot, having waited so long for the Olympics," said Mizutani. "We were able to gain momentum after winning the first game."

"We were a little nervous and timid right at the start but were able to play our game once we took the lead."

Mixing youth with experience, Ito, 20, and Mizutani, 32, are among the medal favorites in the event added to the table tennis program for the first time at the Tokyo Olympics. They are both also representing the host nation in the team events.

The only blemish for the Japanese came in the second game when they fell behind by as many as five points. Despite a late rally to cut the deficit to two, the Austrians were able to hold on to even the match at a game apiece.

The always aggressive Ito imposed herself on the match from the third game onwards and the Japanese were able to play out the win to move into the quarterfinals.

Chinese gold medal favorites Xu Xin and Liu Shiwen followed the Japanese pair onto the table and finished with the same result, a 4-1 win, theirs coming over Canadians Wang Zhen and Zhang Mo. 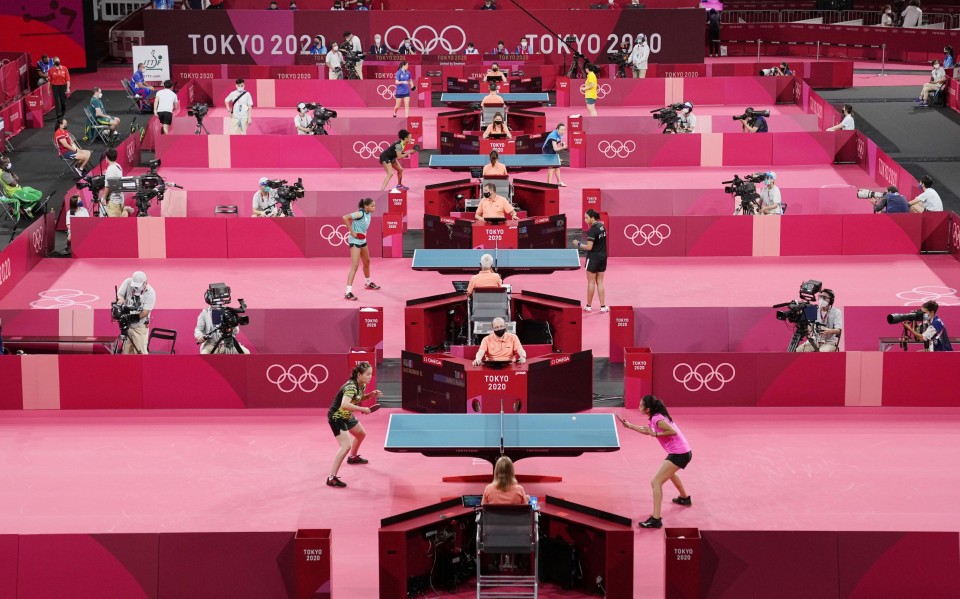