Senior Japanese and South Korean diplomats remained apart Tuesday over issues involving wartime history even as they agreed to continue dialogue, Japan's Foreign Ministry said, at a time when tensions have flared anew over a remark made by a Japanese Embassy official in Seoul.

In their meeting in Tokyo, Japan's Vice Foreign Minister Takeo Mori and his South Korean counterpart Choi Jong Kun also touched on the remark by the official who used sexual imagery when referring to South Korean President Moon Jae In. 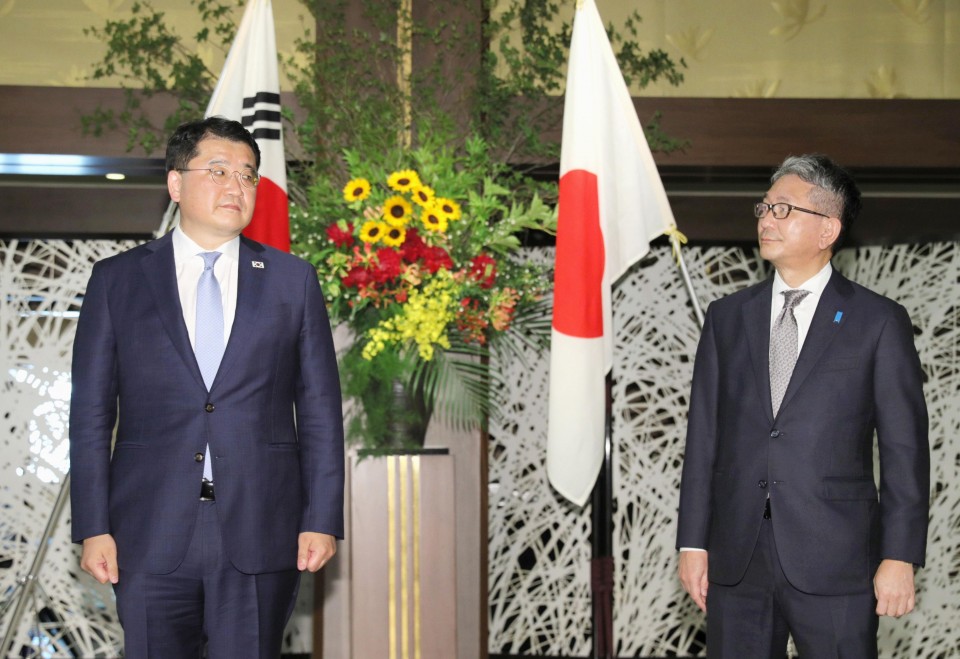 The South Korean ministry said in a statement released after the talks that Choi, first vice foreign minister, "lodged a protest over inappropriate and rude comments made by the high-ranking official at the Japanese Embassy in South Korea, asking Japan to take immediate action on it."

Ties between the two Asian neighbors remain frosty chiefly over issues stemming from Japan's colonial rule of the Korean Peninsula between 1910 and 1945 such as wartime labor and compensation issues, as well as the issue of "comfort women" in Japan's wartime military brothels.

South Korea said the same day that Moon will scrap his plan to visit the Japanese capital for the opening of the Tokyo Olympics. Moon and Japanese Prime Minister Yoshihide Suga were planning to hold their first face-to-face summit during the trip.

During their talks in Tokyo, Mori urged South Korea to take responsibility in resolving the issues related to wartime labor and compensation, but Choi stuck to his country's position that the issues would not be resolved unless Japan has a "correct" perception of history, the ministry said. 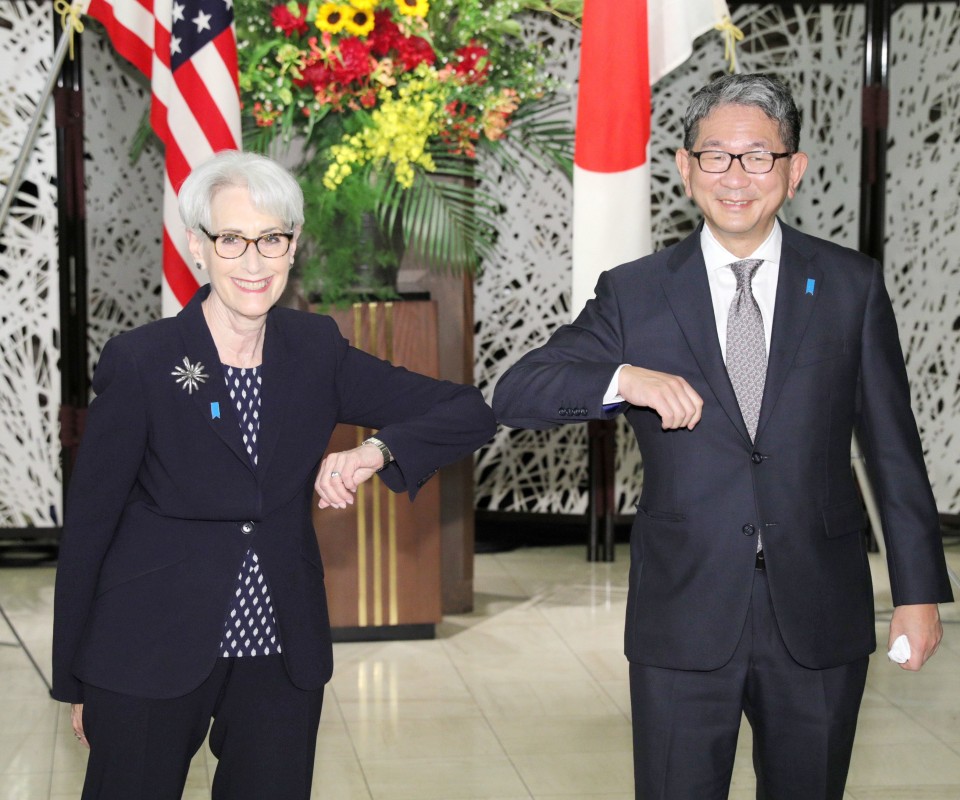 Mori held a separate meeting in Tokyo the same day with U.S. Deputy Secretary of State Wendy Sherman, with the two affirming the importance of peace and stability across the Taiwan Strait where mainland China is increasing pressure on the self-ruled island.

Mori and Sherman vowed to ensure trilateral coordination with South Korea in ridding North Korea of nuclear weapons, the ministry said. The three countries will hold a trilateral meeting on Wednesday.

U.S. President Joe Biden's administration has attached importance to strengthening cooperation with Washington's two closest allies in Asia, whose bilateral relations have sunk to the lowest level in decades over the wartime labor and compensation issues.

Mori and Sherman also expressed grave concern about China's alleged human rights abuses against the Muslim Uyghur minority in the Xinjiang autonomous region and the crackdown on Hong Kong.

At the bilateral meeting, the two senior diplomats pledged to work closely on climate change, the COVID-19 crisis and denuclearization of the Korean Peninsula, as well as on ensuring strong supply chains, according to the U.S. State Department.