Japanese Prime Minister Yoshihide Suga met with Pfizer Inc. CEO Albert Bourla in Tokyo on Friday and asked the U.S. firm to bring forward some of its COVID-19 vaccine deliveries planned for this fall in the face of concerns in the country about a supply shortage, officials said.

Their 40-minute meeting over breakfast at the Akasaka Palace state guest house, which is usually used to welcome heads of state, came after prefectural governors and mayors, who had hoped to speed up the vaccination drive at local levels, criticized the central government over a slowdown in the rollout. 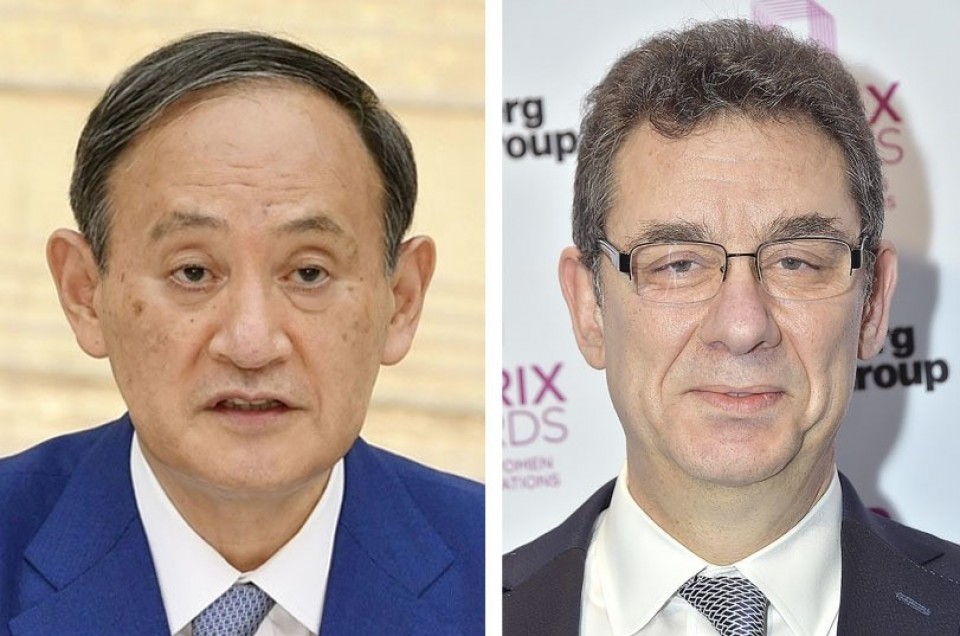 Japan contracted with the U.S. pharmaceutical giant to receive 100 million vaccine doses by June with another 70 million due to be shipped between July and September and another 20 million in or after October.

Suga requested at the meeting that the 20 million doses from October be brought forward, the officials said.

Talks on the issue are expected to continue, the officials said.

Some local governments have been forced to halt their vaccination programs after vaccine demand began to outstrip supply.

According to the latest available government data, about 23 percent of Japan's population has been fully inoculated against COVID-19 as of Wednesday, with about 35 percent having received at least one shot.