A Japanese doctor has been working to provide a traveling clinic and health guidance in doctorless villages in Myanmar, doing her best to give new hope to local people amid the turmoil wrought following the violent military coup in February.

Satoko Nachi, 58, who hails from Niigata, Japan, began conducting regular clinics in Myanmar with her nonprofit in 2015. Now, villagers eagerly anticipate her visits and affectionately refer to her in Burmese as "sayama," which has the same respectful meaning as "sensei." 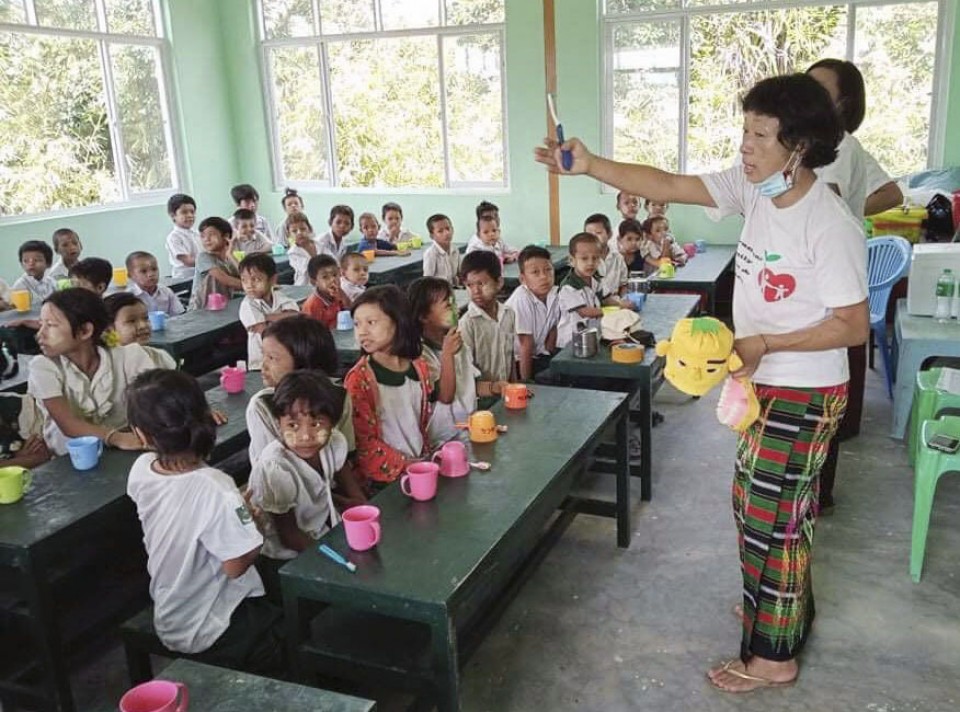 "I want to discover hope for the future together with the people," Nachi said in a recent interview with Kyodo News.

Her base of operations is Myaungmya in the central Ayeyarwady region, which is about five hours by car from the largest city, Yangon. On a day in early June, 30 women gathered in the village of Htaw Yee, located in the same district.

"Once you have scrubbed the palm of your hands, please don't forget each finger," the doctor said as she demonstrated the correct method for washing hands with soap.

Myanmar's medical system is fragile. According to the World Health Organization, the number of doctors is 0.7 per 1,000 people, based on 2019 data, or less than one-third that of Japan.

The people in Htaw Yee come from the Karen ethnic minority, and as such, have a poor standard of living and are mostly uneducated, says Bleh Muu, 60, chief of the remote village.

"Our health knowledge was very poor. If we were not feeling well, we'd just take (fever-reducer) pills. But 'sayama' (Nachi) explained the reasons why we are not feeling well and taught us how to prevent and protect ourselves from diseases by explaining the causes," Bleh Muu said.

Nachi formerly belonged to Doctors Without Borders, becoming only the fifth Japanese to join the organization in 2002. But she felt she had to make a more personal and continual commitment to her cause by staring her own nonprofit.

Saying that she wanted to work "closer to the ground," she chose Myanmar, where she had worked for the emergency international humanitarian organization before, when she established her nonprofit Myanmar Family Clinic & Garden in June 2012.

To date, MFCG has visited 16 villages with a total population of about 10,000 in the Myaungmya region, she said. 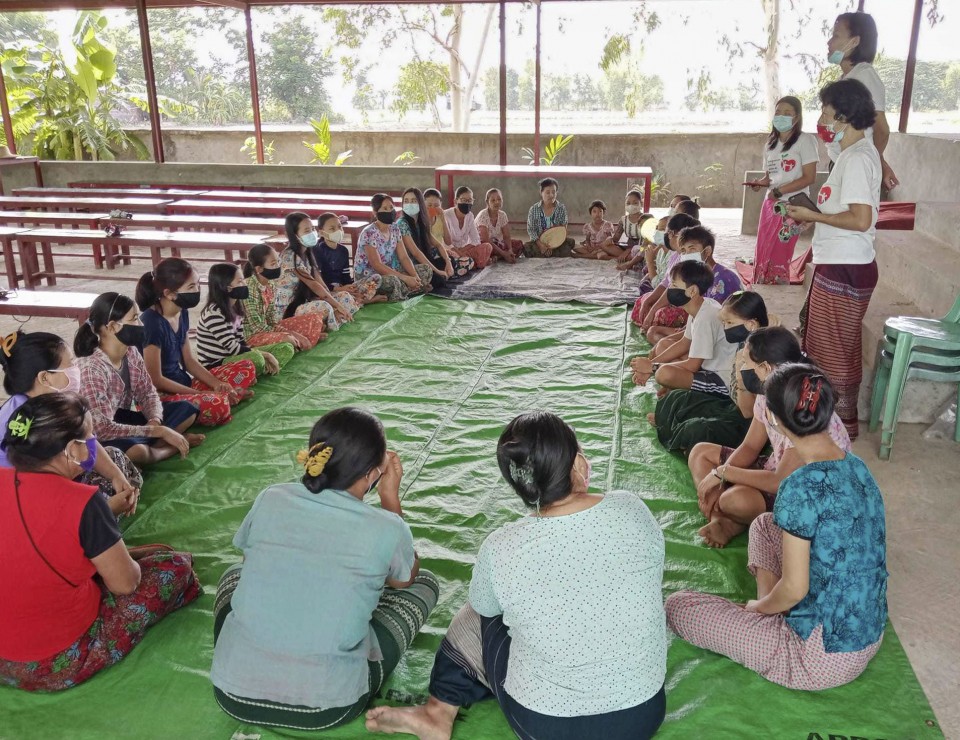 More than 90 percent of the funds to operate the traveling clinics come from individual Japanese donors. MFCG, which provides basic health and agricultural knowledge free of charge in the villages, installs toilets and undertakes the planting of organic vegetables to help vary diets that have relied heavily on rice.

In Htaw Yee, a well has been installed so villagers can obtain potable water, and the number of villagers contracting dengue fever through mosquito transmission, which can be fatal, has dropped off. The villagers have also profited from selling their vegetables.

"Sayama came to our village and provided health and agricultural know-how that can change our lives dramatically," Bleh Muu said.

Inspired by MFCG's activities, 12 community organizers, mostly from the Karen ethnic minority, have stepped forward to assist Nachi with providing health guidance in the village. They have also worked on increasing their knowledge, starting with learning the Burmese language.

One of the 12, Nyein Nyein Aye, 35, who lives with her husband and two children, said she has been "overjoyed" to see the village's dramatic transformation. Nachi has also taught them how to protect against the novel coronavirus. "Our villagers avoid unnecessary travel to other towns to prevent COVID," said Nyein Nyein Aye.

The coup, meanwhile, has dealt a heavy blow to the village. The civil disobedience movement, which has seen civil servants walk away from their jobs in protest at the military regime, has produced a rise in the number in poverty with incomes of less than 2,000 kyat ($1.2) per day.

Since the military closely monitors activities, for safety reasons, the traveling medical clinics sometimes must be temporarily shut down.

Nachi says that despite the adverse circumstances, the strong connection she feels with the villagers keeps her motivated to continue providing healthcare services.

"I want everyone to come together like pieces of a puzzle and create a big world. The number of Japanese supporters has temporarily decreased due to the virus, and some people have stopped because their income has been cut off or their future is uncertain. But I am glad to receive new support and want people not to forget Myanmar."

She says she is resolved to pray for the stability of Myanmar and one day realize a bright future together with its people.

"I want to spread this knowledge to neighboring villages so everyone can become healthy together," she said. 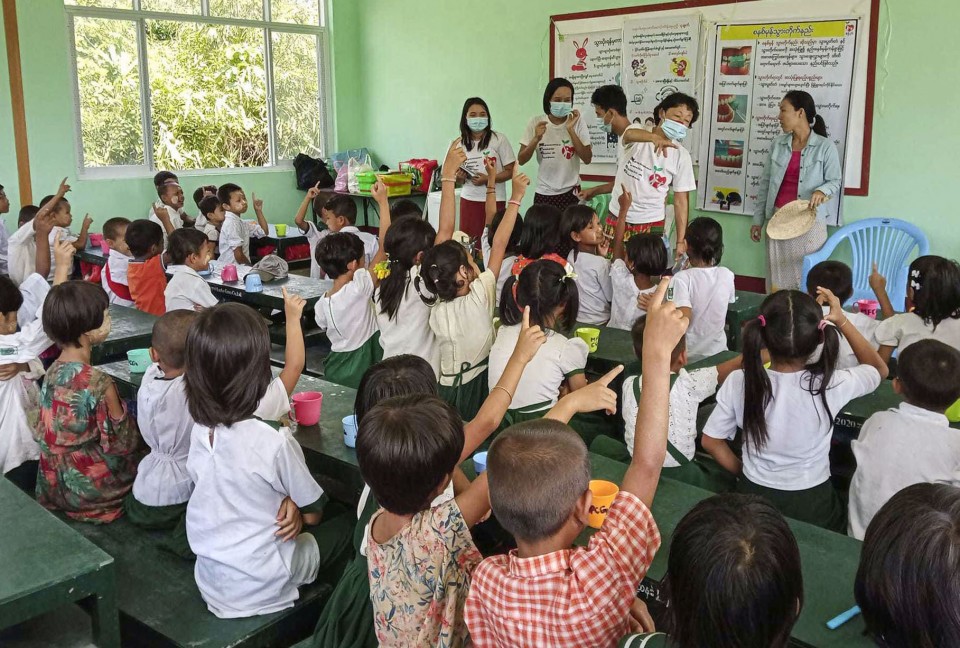